Kawasaki has a host of new motorcycles on display at the 2018 EICMA Show that just opened its doors earlier today. The show will run till 11th November in Milan Italy. Among these new offerings, is the new Kawasaki Z400 naked roadster which has made its its global debut. Noted for its distinctive design cues borrowed from the Kawasaki Z1000, the naked bike is all set to be launched in India next year.

Kawasaki Z400 on display at EICMA will join the other Kawasaki models such as the Z250, Z300, Z650 and the Z1000. It shares its engine, chassis and mechanics with the Ninja 400. Prior to its global debut, the company has also filed emission documents with the California Air Resource Board. 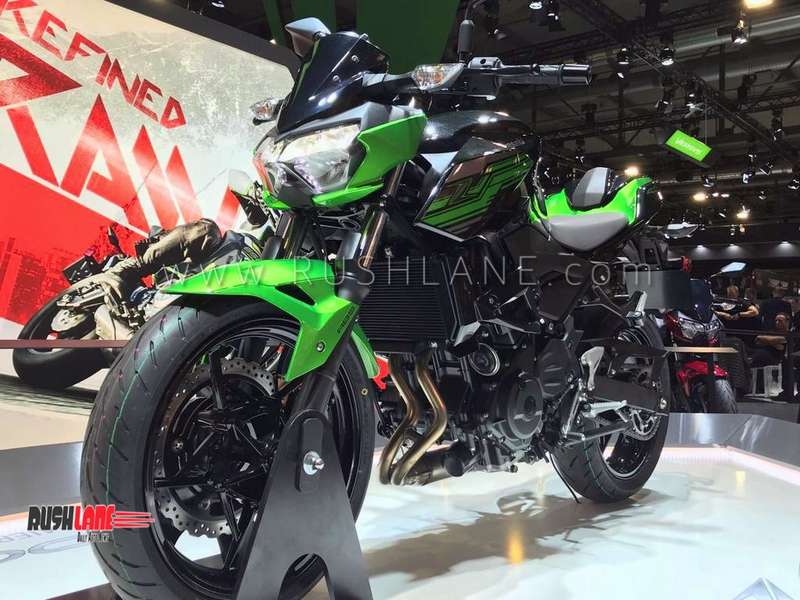 Braking is via 310 mm petal disc in the front and via 220 mm disc at the rear. It gets dual channel ABS as standard. On board features also include a fully digital instrument cluster, single piece handlebar and higher seat position as compared to that seen on the Ninja 400. In terms of overall weight, the Kawasaki Z400 weighs around 167 kgs. It has a 14 liter fuel tank. 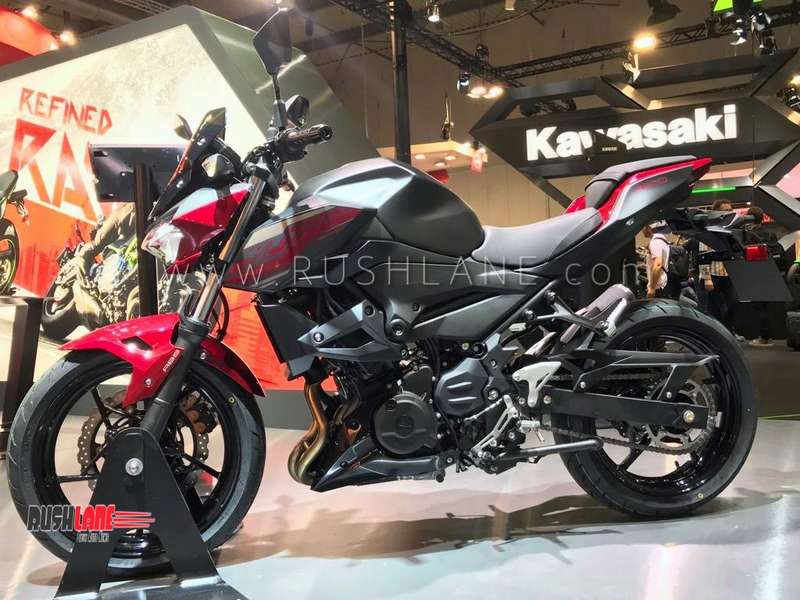 The Kawasaki Z400 is also pegged for launch in India with price set at around Rs 4.5 lakhs. it will be locally assembled in the country and will compete with the likes of BMW G 310 R, KTM 390 Duke and Benelli TNT 300.