Kia Motors India has silently recalled diesel units of Seltos over some faulty fuel pump issue. This recall hasn’t been revealed by the company in public yet but a technical service bulletin from the Korean carmaker confirms the above development.

The document dated October 5, reveals that Kia has issued a recall on all of its diesel units of Seltos. The units in question have been manufactured between 1st October 2019 and 13th March 2020. The bulletin provides procedures to inspect and replace the fuel pump if it is found to be defective. 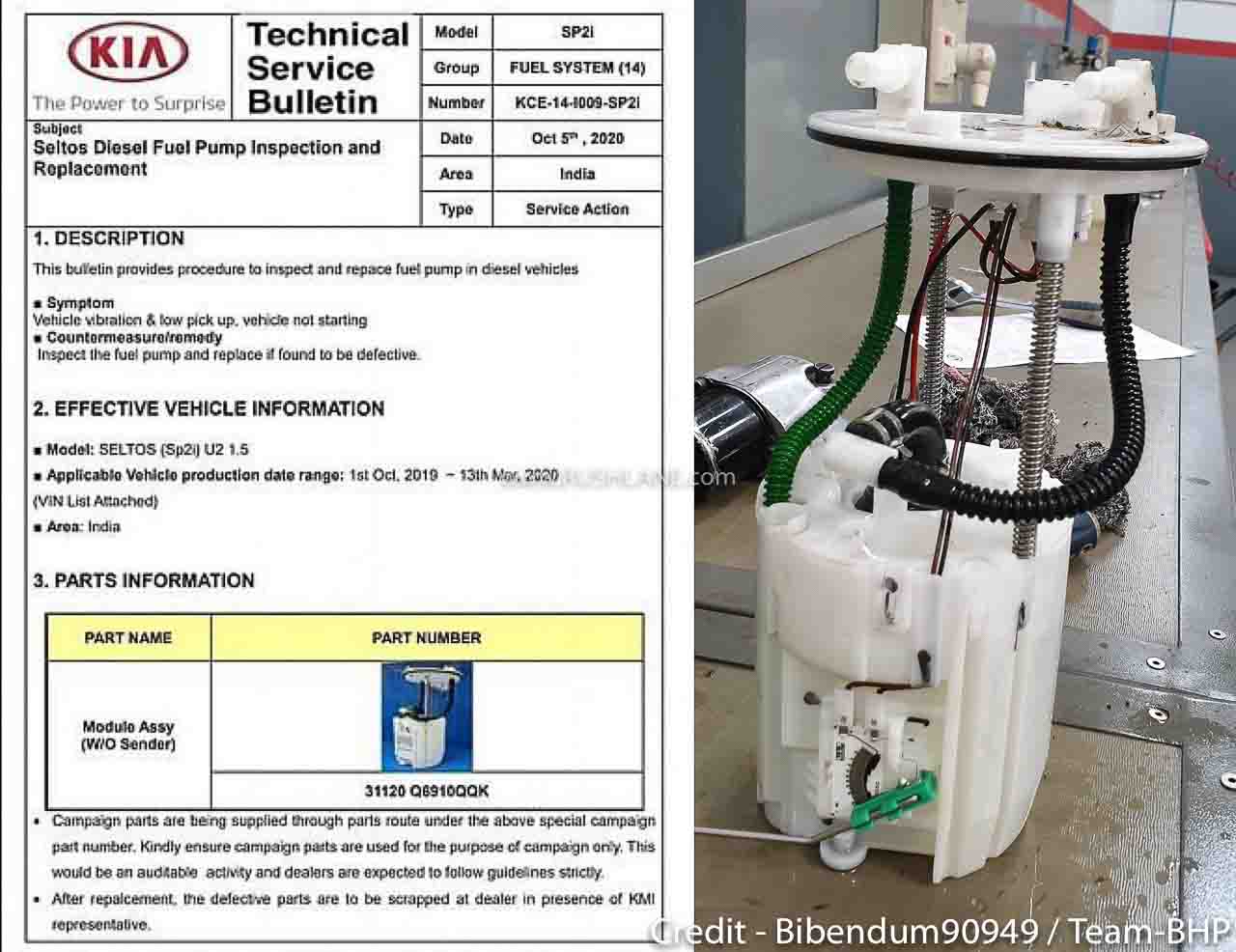 The fault fuel pump would make the car vibrate more than usual, have problems in starting and/or reduce the car’s pickup. Owners of diesel Seltos have reported no proactive communication from the company’s side. They have come to know about this through customers who underwent the same procedure whilst visiting Kia service stations for regular servicing. 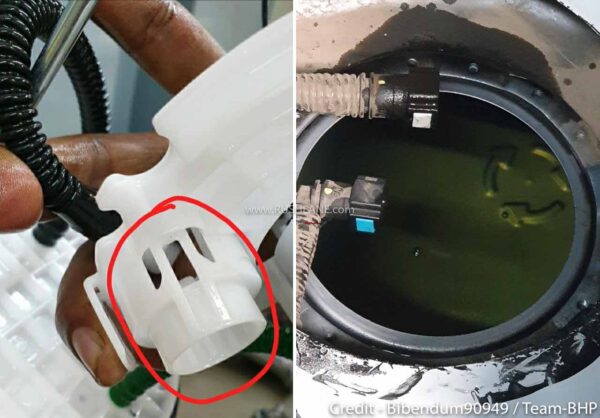 Kia has been very discreet about this since it doesn’t want a bad name in the market. This is the first recall of any sort by the South Korean auto brand in India since the Seltos was launched in August last year. As of now, such a problem hasn’t been witnessed in either of the petrol models.

Among a host of powertrain options, Seltos is offered with a 1.5-litre U2 CRDi diesel engine which cranks out 115 PS of power and 240 N of peak torque. This unit comes mated to either a 6-speed manual or a 6-speed torque converter automatic transmission. 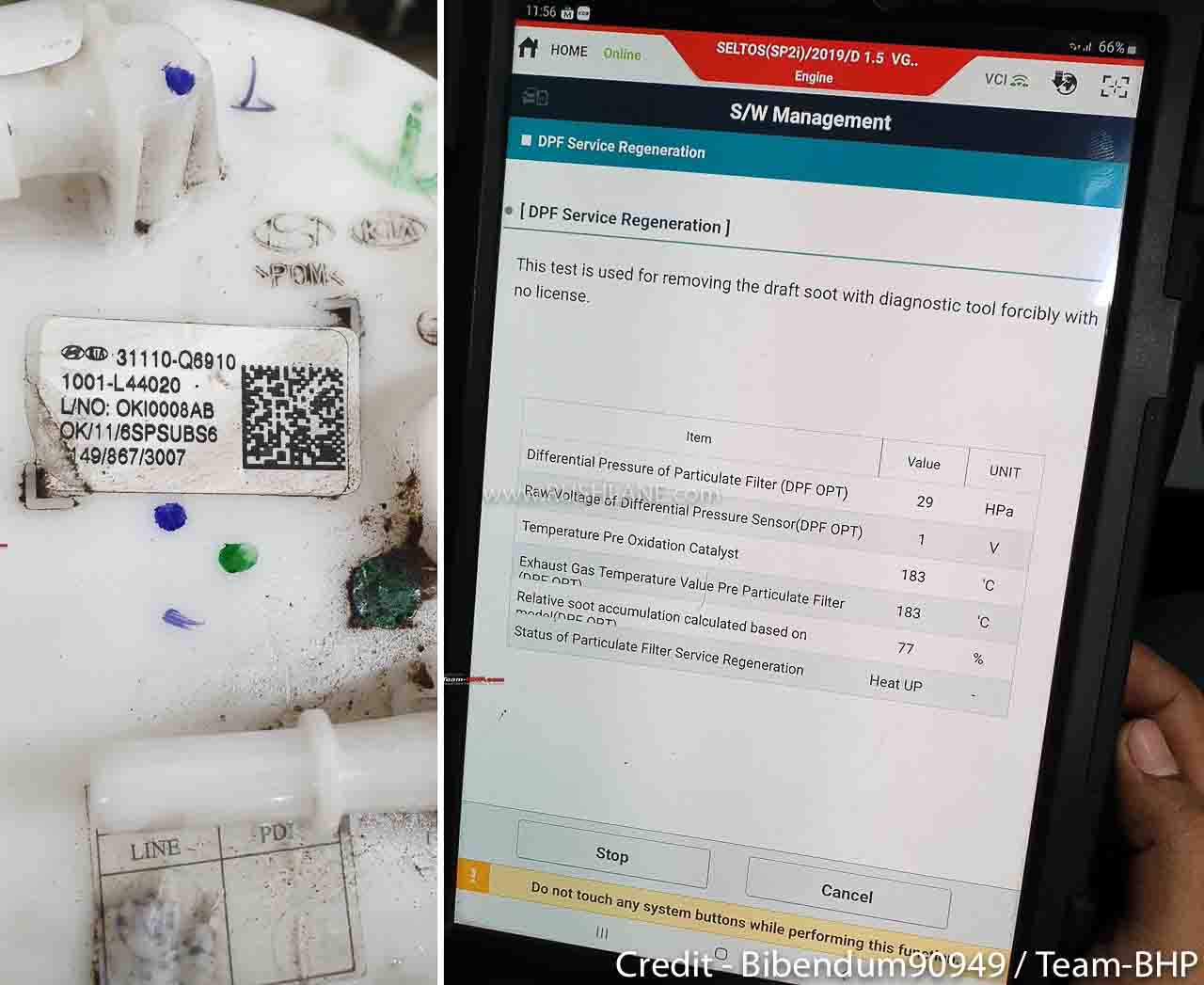 Prices of diesel-powered variants start at Rs 10.34 lakh for the HTE trim and go up to Rs 17.34 lakh for the top-spec GTX PLUS Automatic trim. The same diesel engine is offered in a range of other Kia as well as Hyundai cars including Creta, Sonet, Venue, Verna and more.

Recently, Kia celebrated its first anniversary at the Indian market by introducing a special Anniversary Edition of Seltos. This special edition model is based on the regular HTX trim and gets cosmetic updates such as Raven Black 17 inch alloy wheels with a matching Raven Black rear skid plate with fins to set it apart. It also receives a few interior updates such as leatherette upholstery with a honeycomb pattern. 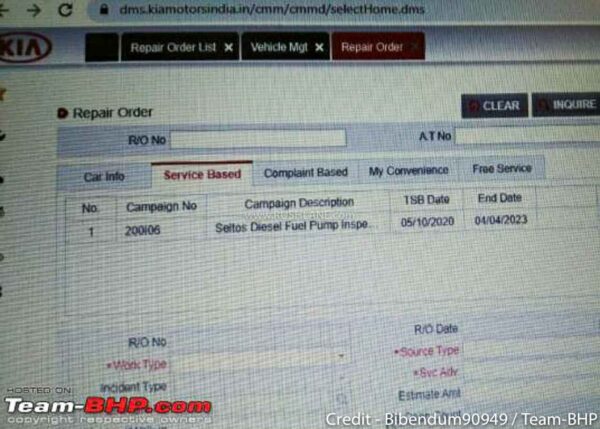 Update – Kia Motors press statement; “At Kia Motors, there is a regular practice of upgrading the product. On the feedback received from customers and various sources, necessary improvements are done keeping customers in mind. For vehicles already on road, a communication / guideline is released to the dealers giving details of the inspection process and repairs to be carried out. The recent communication, involves inspection of fuel pump & in-case of any observation dealer is required to carry out repair / replacement as the case may be. There is no recall which is announced, it is basically a Service Action Campaign being done on the Kia cars to ensure that our customers do not face any inconvenience.”