How far can one go on the back of a single product? Well, you’d be amazed the answer quite literally points to endless possibility. For one, Kia Motors India it seems has studied the market and read it well. For now, they seem incapable of doing any wrong, and are seemingly going from strength to strength with each passing week.

Kia Seltos sales in India isn’t the only wondrous aspect of its sales. In November 2019, 3,834 units were exported. That put the automaker and its stellar car in 5th spot on the list of top exports. As it stands, Kia Seltos is aimed at bigger things. While sales in the domestic market has been reason enough for others to pause and take notice, exports too are on the rise.

Back in August 2019, the company sold 6,236 units in India. No cars were exported. The next three months saw the company go from strength to strength where domestic sales and exports are concerned. Sales were up to a mind boggling 14,005 units in the domestic market in November 2019.

December 2019 sales appear skewed in the domestic market at 4,645 units. The most plausible reasoning for this would be an adjustment for model year vehicles. As is the trend, MY vehicles are sold at expected discounts owing to stock clearance.

Considering Kia Seltos is a new vehicle, the manufacturer would have decided against discounts. The production adjustment is likely the reason for a boost in exports. A staggering 6,341 units were exported in December 2019. More than the number sold in India. 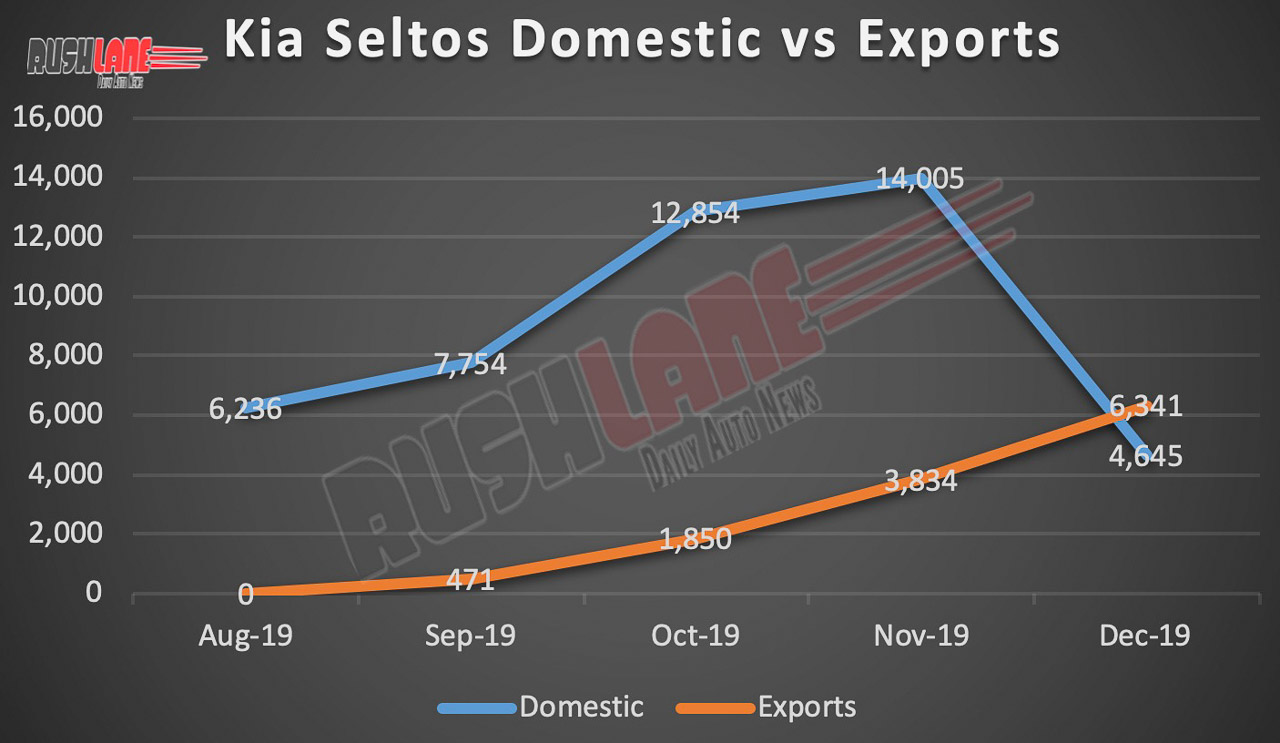 Kia Motors India had the grandest, if not the biggest showcase at the 2018 Auto Expo. This year the company will showcase the Kia Carnival that’s ready for launch. Considering the opportune moment of Kia Motors India’s entry in the market, its vehicles are already BSVI compliant.