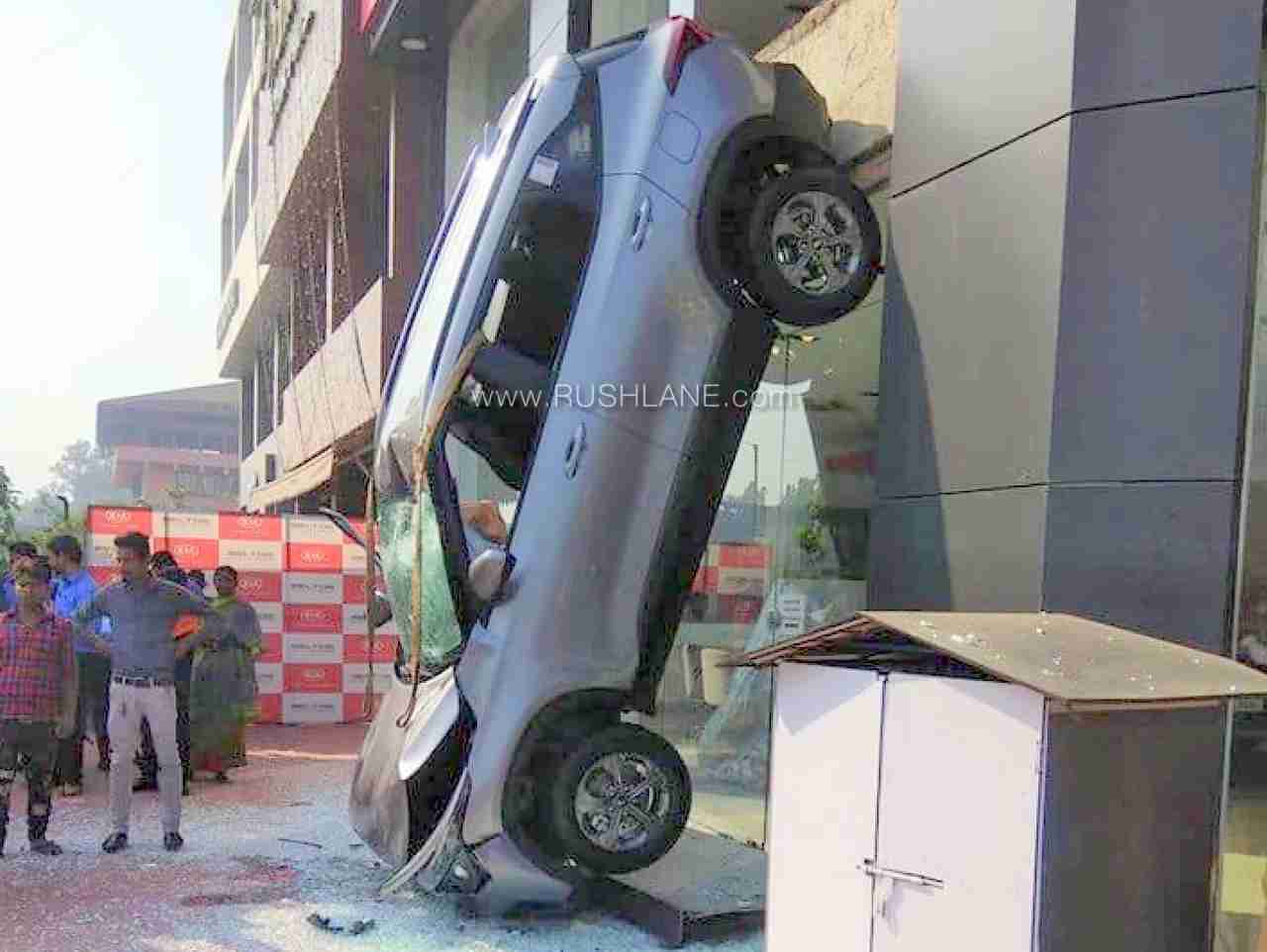 For many, there’s a sense of wonder when we see magnificently lit gigantic glass facade dealerships displaying their ware. For the untrained eye, this magical display is nothing short of a sight to behold.

Behind such grand displays, for the most part is a ramp or car lift. The larger the showroom, the possibility of an in house lift. Others mostly rely on a car lift.

One such seemingly ordinary placement hasn’t gone as planned. A Kia Seltos has come hurtling down, and taken with it one face of first floor glass front. The car seems to have taken a big hit upfront, indicating a fall, front first. Below is a video shared by a bystander.

The treatment of the Seltos SUV after its great bang up isn’t worth writing home about. The harness arranged is at best unstable cause the vehicle to be swayed about. As it stands, the dealership will always remember this episode, and hopefully learn from it. 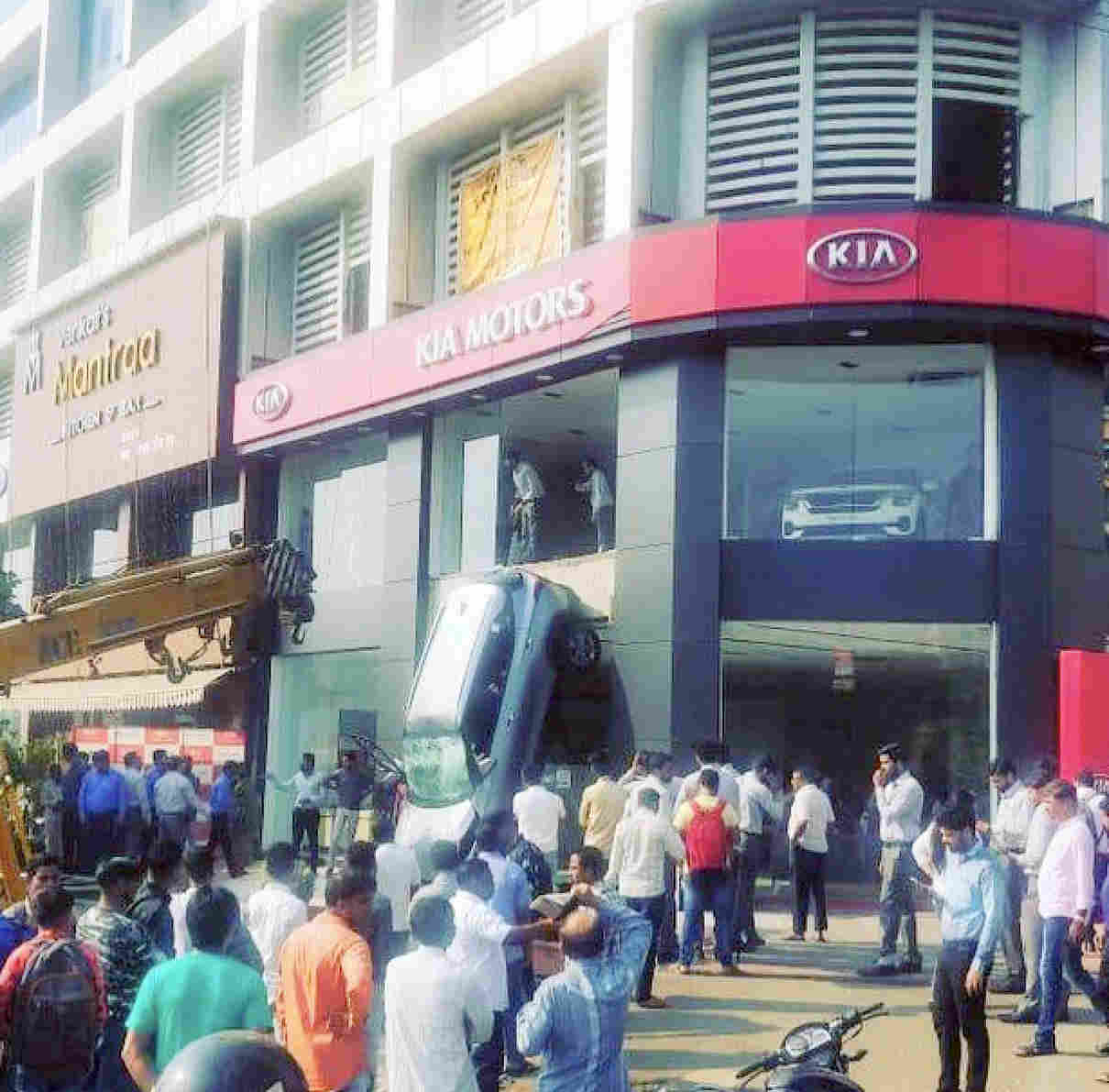 As per reports, the incident took place earlier this morning, Kia India dealership located in Panvel, Navi Mumbai. It is not clear how many are injured in the incident. The driver who flew down in the car, is safe – as airbags deployed as they should have had. The company nor the dealer, has released any official statement yet.

Speaking about the Kia Seltos, in just a few months, it has become the best selling SUV in India. Waiting period are in the range of 2 months and above. Seltos has been a resounding success ever since bookings opened on 16th July 2019. The Seltos has also been nominated for the 2020 World Car of the Year Award.

Priced between Rs 9.69 lakhs and Rs 16.99 lakhs, the Kia Seltos competes with the likes of Hyundai Creta, MG Hector, Tata Harrier, Mahindra XUV500 and Jeep Compass but with sales way in excess of each of these competitors. Kia Seltos will soon get a price hike in India.