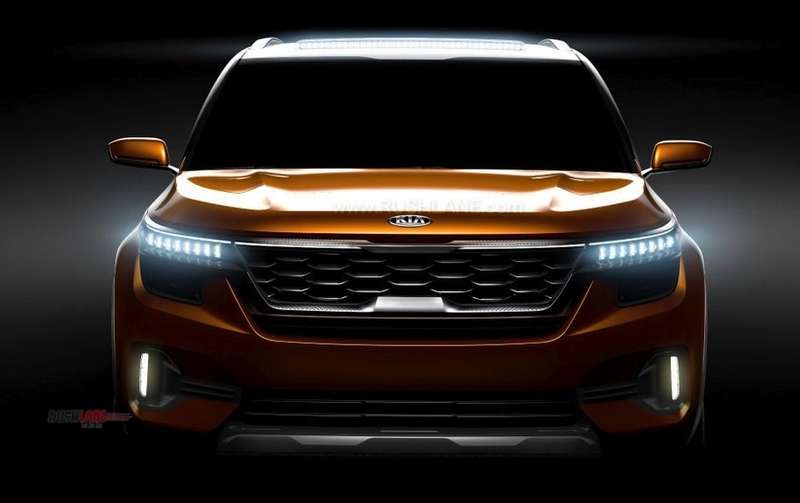 Kia has revealed interesting new details of its upcoming compact SUV via yet another teaser video. While official launch is slated for sometime in September, the global debut of the SUV is set to take place in India, on the 20th June 2019.

Earlier known as the SP2i, the compact SUV has been officially christened the ‘Seltos’, named after the Greek mythology of Celtus, who was the son of Hercules. Seltos will also receive in car internet connectivity features, like the one we have seen in Hyundai Venue. It will follow the same connected car features as seen on the Venue.

This 5 seater mid sized SUV is based on a new platform though it follows a similar design format as was seen on the SP Signature shown off in Korea. Earlier spy shots show off its tiger nose grille, horizontal LED tail lamps, blacked out B and C pillars, a sloping roofline, chunky machine cut alloy wheels and flared wheel arches.

Kia Seltos, being directed at new age and tech-savvy buyers, will receive Kia’s UVO connect system with telematic services and remote control for air conditioning. It also gets an eSIM for internet for communication via a smartphone. On board technology also extends to safety features such as Live Car Tracking, Stolen Vehicle Notifications and Crash Notification.

Other driver and passenger comforts include a touchscreen system, faux leather upholstery and a 10.25” infotainment system which is said to be the largest in its class in India. It also receives a 7” multi information display system on its instrument console. It will receive ABS, EBD, multiple airbags, adaptive cruise control and electric park brake among its safety features.

Kia Seltos will be powered by BS VI compliant 1.5 liter petrol and diesel engines with manual and automatic gearbox options. Power output has not been revealed, but it is expected to be in the 120 PS range.

Kia Seltos will be manufactured in Kia Motor’s manufacturing facility in Anantapur in Andhra Pradesh. The company is starting domestic operations with capacity of around 3 lakh units a year. Once launched, the Kia Seltos will meet competition in the form of the Hyundai Creta, Tata Harrier, Jeep Compass and soon to be launched MG Hector. Prices are expected to range between Rs.10-16 lakhs, ex-sh.