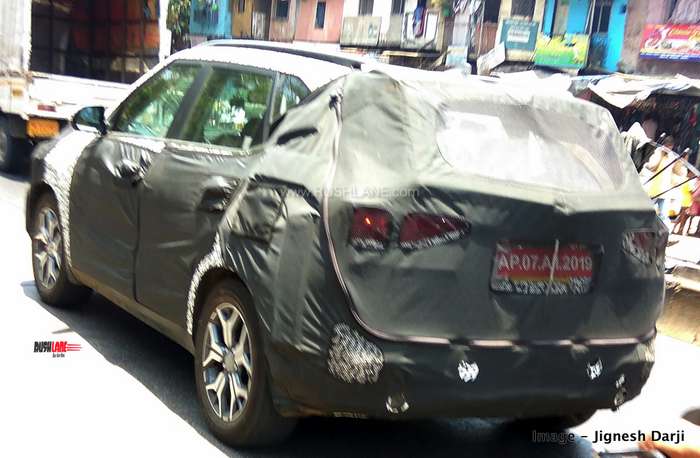 South Korea’s second largest automobile manufacturer Kia Motors will be entering the Indian market with a compact SUV that is currently being referred to as SP2i. Rivalling the likes of Hyundai Creta, Nissan Kicks, and Renault Captur, SP2i was spotted at an overseas location without any camouflage.

The test mule was seen with ‘Seltos’ nameplate, but it is not clear if this name will be used in India as well. Earlier, it was being speculated that the SUV could be called Tusker or Trailster, which were top names suggested by people in a contest organized by Kia last year.

Production variant of SP2i looks quite similar to the near-production prototype that was showcased in Korea recently. However, the final product carries some changes to its front fog lamps and front parking sensors. Tail lamps have also been redesigned and side cladding is now more prominent. 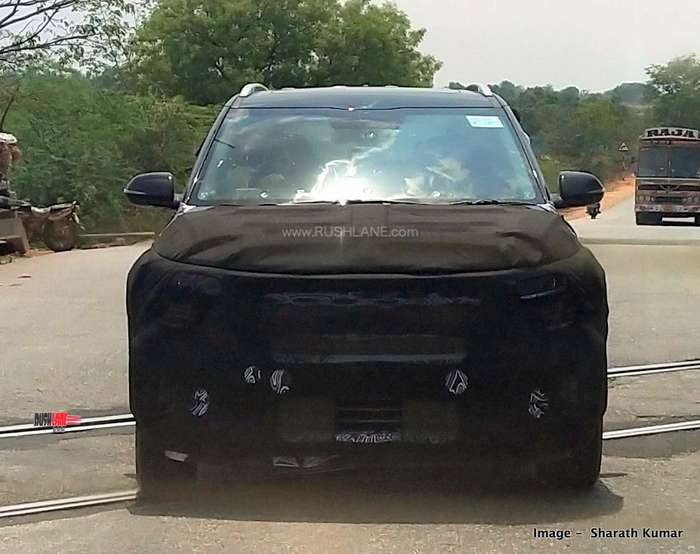 Kia Seltos is currently on test in India. The spy shots above were shared by automotive enthusiast Jignesh Darji and Sharath Kumar. It runs on 18-inch alloy wheels that are shod with 235/45-section tyres. The striking design of the alloys complements the car’s visual appeal and immediately grabs your attention. Kia SP2i spotted on Indian roads had red coloured brake callipers, which could not be seen on Seltos.

Another key difference is that Seltos has 4WD badging on its boot, which indicates its all-wheel drive configuration. It is expected that SP2i will be offered in India with new 1.5-litre petrol and diesel engines. However, it is not yet known if these engines will be BS-VI compliant or if they will be upgraded at a later date. These new engines are also likely to be offered with next-gen Creta and Verna.

Apart from this, Kia is also working on launching a more powerful and sporty variant of the Seltos, with 1.4 liter petrol turbo delivering 140 hp via 7 speed DCT. It will also get paddle shifters. Other features on offer with Kia Seltos will be head-up display, dual tone interior scheme, touchscreen system with surround sound, sunroof, wireless charging pad, 360 degree camera, in-car WiFi, etc.

Kia Seltos is being manufactured at the company’s facility in Anantpur, Andhra Pradesh. It is larger and a more premium product, as compared to Creta. Kia will showcase SP2i in India on June 20, where its name will also be revealed. Price is expected to be in the range of Rs 10 – 16 lakh. At this price point, it could also be eying the customer base of Tata Harrier and MG Hector. Below are the undisguised images of Kia Seltos which are credit to Autoblog.