Kia Motors India is a fledgeling company in the country having only just begin business. Following the successful sales performance of Kia Seltos, all eyes are now on the new sub 4-metre UV offering – Sonet, which is scheduled for launch on September 18, 2020, that is tomorrow.

Keeping in mind current business SoPs, Kia Motors India has been smart about making available display vehicles. While in most instances, launch is the big event and cars arrive at dealership at launch time, Kia Sonet was available across dealerships a good few weeks ahead of launch.

This has ensured that a large buyer pool isn’t disappointed, and avoids hurried activity post launch, which under current protocols isn’t allowed. Kia Sonet variant choice is large-ish. Thanks to this, and huge marketing activities around the Sonet – bookings numbers seem to be really good, which has resulted in waiting period ranging from 4 to 9 weeks. 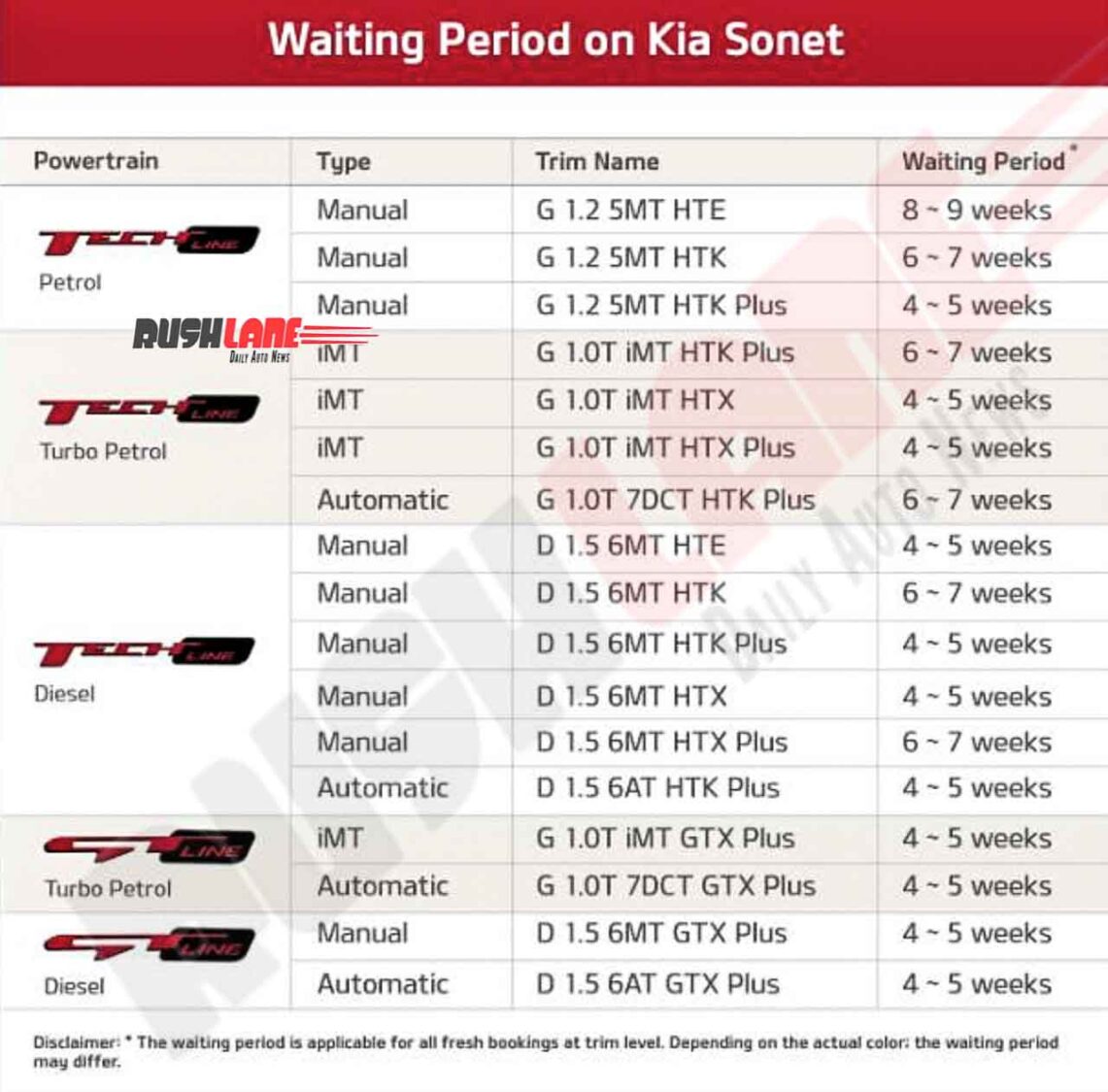 At any given time, manufacturers optimise production lines for quickest vehicle delivery. So, it’s no surprise that the waiting period will soon be revised as delivery dispatches begin. The optimisation is dependant on total bookings that the company receives, and since the industry is in the middle of a festive boom, activity would be heightened for now.

While current Kia Sonet booking numbers haven’t been revealed, it’s no surprise that the number is looking good. When bookings officially opened on September 20, 2020, the company reported that bookings had surpassed 6.5k units in a day’s time. This is not only a record for Kia India, but also for Indian auto industry.

Kia and Hyundai India have upped the stake

Kia Sonet is part of a segment that’s been continuously growing having been introduced only in the current decade. Over time, the sub 4-metre UV segment has found more takers, and with each new launch, the segment has ballooned. It will be interesting to see to what extent Sonet fuels that fire. Furthermore, Sonet may also eat into a competitors share. The segment is currently led by Maruti Brezza and Hyundai Venue.

As a sidetone, it’s interesting to note that while Hyundai revised it’s focus in India to gain a substantial share of the overall UV market, the choice of vehicles being launched by Kia follow in the same footsteps, owing largely to leveraging from platform and parts sharing. And together, both companies can put up a stronger front against market leader Maruti Suzuki in the total EV segment.