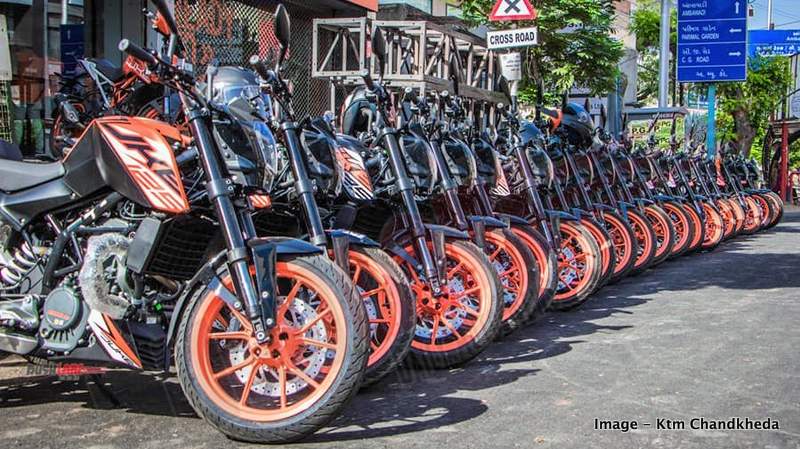 KTM Duke 125 and RC 125 are the best selling KTM motorcycles in India along with the KTM 200 and this is evident from sales charts. In August 2019, sales of the KTM 125 stood at 2,697 units lending to efficient sales during the month in question even though sales dipped by 3.19 percent over sales of 2,786 units in July 2019. The KTM RC 125 shares some of its components with the larger RC bikes in the KTM lineup and commands a top speed of 115 kmph.

KTM now gears up for the launch of the 790 Duke, also nicknamed ‘Scalpel’ on September 23, 2019. Bookings for the same have been opened at a down payment of Rs.30,000 at all company showrooms and the street naked bike has also been doing the rounds on the internet.

Set to come into India as a CKD – Completely Knocked Down unit, the bike will be assembled at the Bajaj plant in Akurdi and is slated to be priced around Rs.10.34 lakhs. It will be powered by a 799cc, LC8, liquid cooled, parallel twin engine offering 106 PS power and 87 Nm torque mated to a 6 speed gearbox and will receive four riding modes of Sport, Street, Rain and Track. The BS VI compliant 790 Duke will be launched by the end of 2020.