The first pictures of updated KTM 250 Duke with full LED headlamp emerged online last week. We also brought you the information about its pricing. KTM India has now made an official announcement in this regard. The quarter liter street fighter is priced at INR 2,09,280 (ex-showroom, Delhi).

The most obvious upgrade is the LED headlamp which is a direct lift-off from the 390 Duke. The inverted trident shaped unit looks racy and is claimed to have better illumination compared to the 250’s old halogen unit.

The 2020 KTM 250 Duke BS6 also gets ‘Supermoto‘ ABS mode which has also been derived from its bigger engined sibling. In Supermoto mode, the dual-channel ABS will function as a single-channel unit by modulating the brake pressure only at the front, leaving the rear brake pressure control entirely with the rider. Skilled riders would appreciate this while riding hard in a controlled environment. 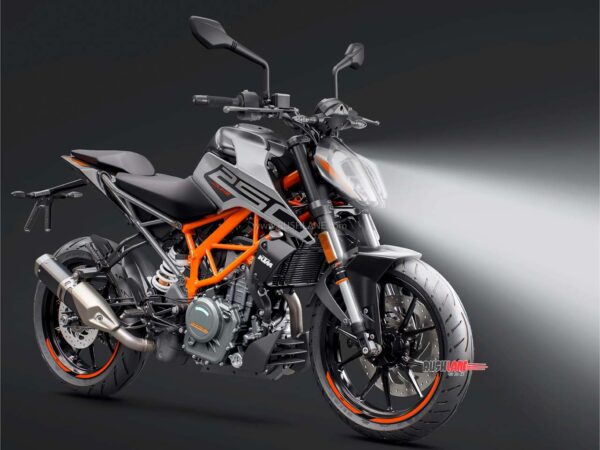 Another noteworthy addition to the 2020 BS6 250 Duke is the one-touch start function made possible by what KTM calls as contactless cranking. The feature is claimed to improve cold starts. The updated motorcycle also features two new liveries Dark Galvano and Silver Metallic.

Specifications at a glance

The 2020 KTM 250 Duke BS6 is positioned between the 200 Duke and 390 Duke to strike a fine balance between performance and affordability. The motorcycle which is made in India for select markets is powered by a 249 cc single-cylinder, liquid-cooled motor which is paired to a 6-speed transmission. The power and torque figures stand at 30 hp and 24 Nm respectively. The 250 Duke is more powerful than its segment rivals Yamaha FZ25, Suzuki Gixxer 250 and the newly launched Bajaj Dominar 250. The Dominar 250 shares its engine with the Duke but at INR 1.60 lakh (ex-showroom), it is considerably cheaper. 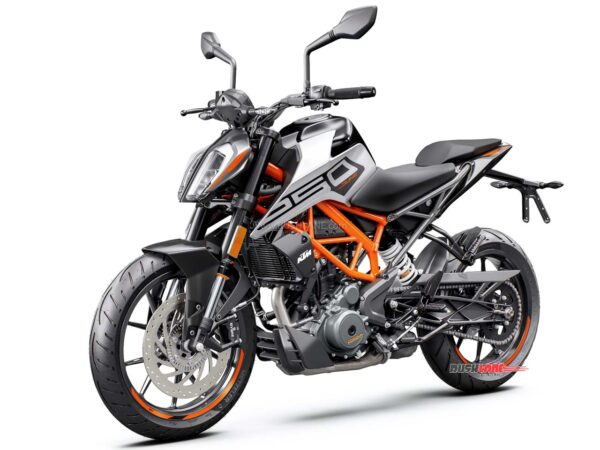 Being the most premium product in its segment, the KTM 250 Duke is equipped with trellis frame, WP inverted telescopic front and monoshock rear suspension, dual-channel ABS, slipper clutch, 17-inch alloy wheels with 110 front and 150 rear (section) tyres. While the 390 offers a color TFT instrument console, the 250 makes do with a fully digital amber-backlit unit in the interest of cost saving.

The new updates come at a mild inflation of around INR 4k compared to the BS6 update earlier this year. We think the LED headlamp, switchable rear ABS, one-touch start and the new liveries will enhance the motorcycle’s appeal significantly. The new version has already started reaching showrooms across the country.