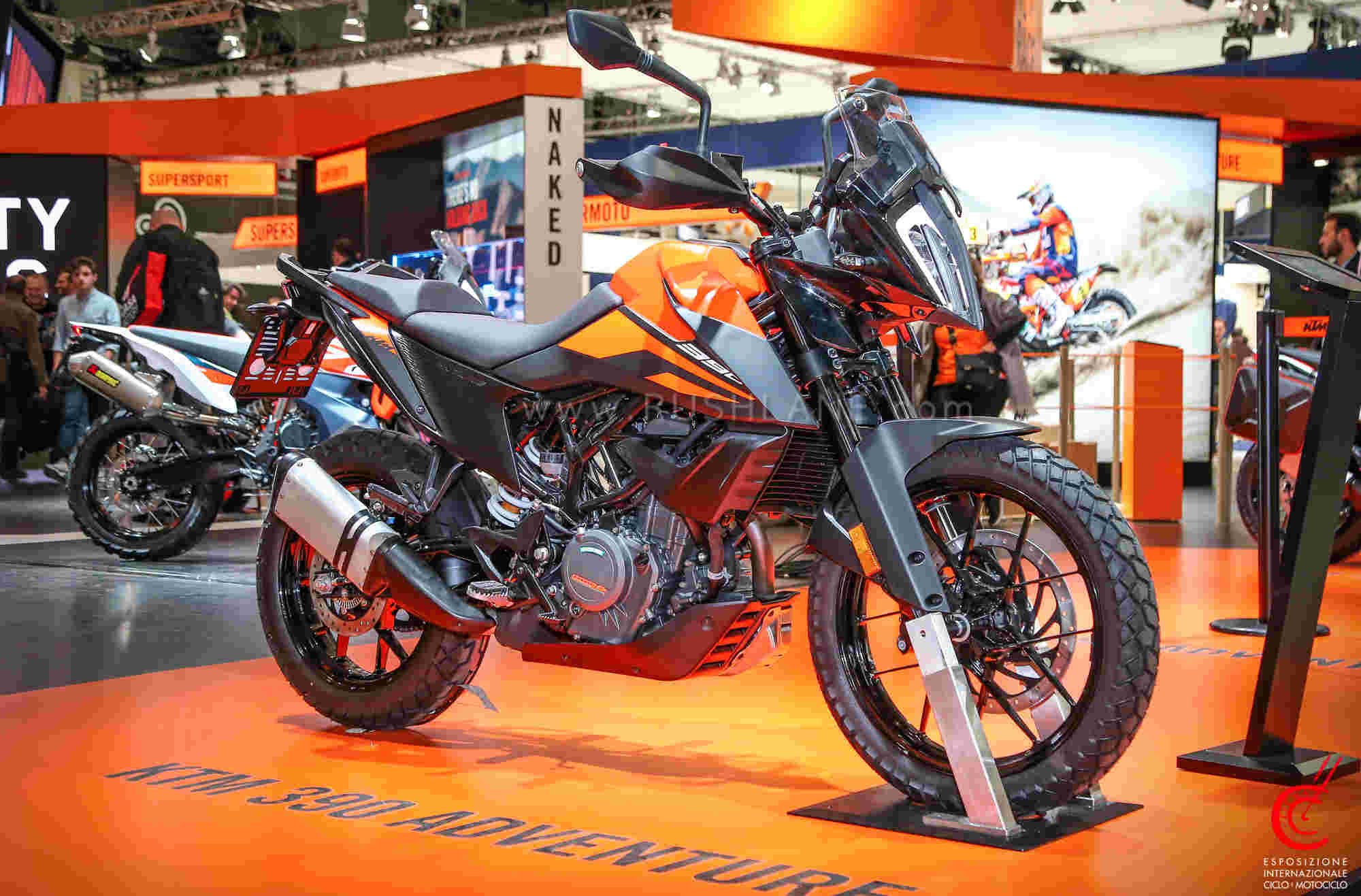 The KTM 390 Adventure is all set to launch in India soon. Ahead of launch, the bike will make its debut at the India Bike Week 2019, which is to be held in the first week of December 2019 in Goa. The event will be presided by Mr Rakesh Sharma, Executive Director, Bajaj Auto Ltd, Mr Sumeet Narang, President – Probiking, Bajaj Auto Ltd and Mr Florian Burguet – Vice President, Global Marketing, KTM AG.

The pricing is expected to be in the range of Rs 3 lakh ex-showroom. The much-awaited entry-level adventure motorcycle from the Austrian brand was unveiled to the public at EICMA 2019. Once launched, the 390 Adventure would be the most expensive single-cylinder motorcycle in KTM India’s line-up. It can also be regarded as the brand’s home-grown flagship since the KTM 790 Duke is a CBU product.

Powering the 390 Adventure is the familiar 373cc liquid-cooled single-cylinder engine that makes 43bhp and 37Nm of torque on the 390 Duke. This is mated to a 6-speed transmission via a ‘slip and assist’ clutch. These figures might be slightly different on the 390 Adventure in order to suit its riding characteristics (better low-end torque can be expected).

Compared to the lesser 390 Duke, the 390 Adventure also boasts of a Traction Control System, Cornering ABS and an Off-Road mode. Expect the motor to be BS6 unit from Day 1. Major automotive manufacturers in the country are busy updating their product portfolio to welcome the new BS6 emissions applicable from April 2020.

Other notable differences from its streetfighter sibling would be the entirely different styling and its related components. The KTM 390 Adventure has a 19-inch front wheel, dual-purpose knobby tyres, longer wheelbase, higher ground clearance, taller saddle height and a bigger fuel tank. This indirectly throws light on increased kerb weight, but the ergonomic and purpose-oriented rider triangle would surely make up for it. It would still be one of the lightest in its class.

Prices of KTM products have always been competitive. While they may be costlier than their Bajaj counterparts or other similar-capacity commuter motorcycles, KTM motorcycles have never failed to impress in terms of performance; especially compared to motorcycles almost double their price.

The KTM 390 Adventure is bound to make a statement on the growing adventure motorcycle segment in the country. Currently, the Royal Enfield Himalayan (starts at Rs 1.82 lakh) is the most popular choice in the upper single-cylinder segment while the Hero XPulse 200 (starts at Rs 97,000) has become more of a sensation in the 200cc category. In between all this, BMW Motorrad India sells the G 310 GS at a rather high price tag of Rs 3.49 lakh. All prices mentioned are ex-showroom.