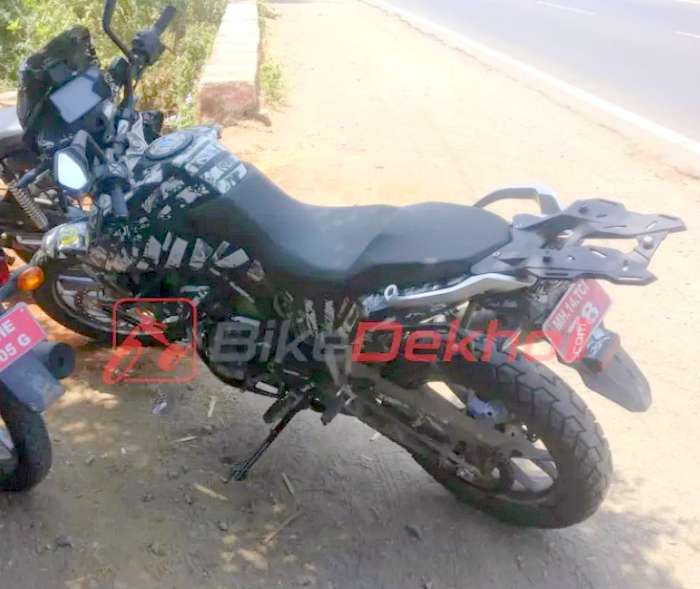 It also gets a lowered seat height; lower than that seen on the KTM 390 Duke which is at 830mm. Apart from this, it gets wide set handlebars. It will also be seen with an altimeter and digital compass.

KTM 390 Adventure will come with accessories to accommodate panniers and a top box. The fuel tank also appears to be larger as it goes below the seat. Instrument console is from KTM Duke 390, which is capable of smartphone connectivity via Bluetooth. On board instrument console offers display information such as a compass, GPS navigation, ride range, etc. 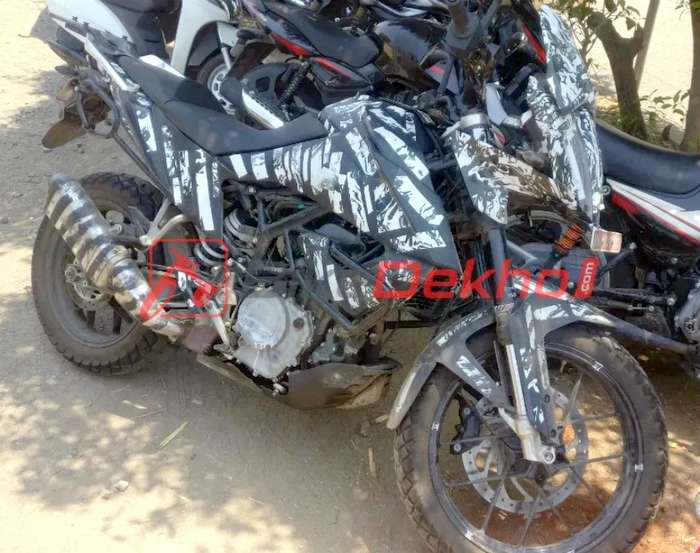 KTM 390 Adventure test mule was noted with dual purpose tyres along with new 12 spoke alloy wheels. Other notable features include a key fob which has been repositioned and now sits under the full TFT screen. There is also a tall windscreen. Spy shots of the KTM 390 Adventure also reveal that it rides on a 19” front and 17” rear alloy wheels which are shod with dual purpose MRF tyres.

Engine on the KTM 390 Adventure will be the same that is seen on the Duke 390. But it will be tuned to deliver power differently, because this is an ADV. Currently this engine delivers 44 PS and 37 PS on board the Duke 390. On board the ADV 390, it could offer higher low end and mid range torque. Power output could also be lower.

Suspension is via WP upside down fork in the front (with larger travel) and adjustable monoshock at the rear. Braking is via disc brakes at both ends with dual channel ABS offered as standard. Launch is slated for later this year. KTM 390 Adventure is expected to be priced around Rs 2.75 lakhs, ex-sh.