RUSHLANEDAILY AUTO NEWS
HomeBike NewsDuke 125 sales makes it a bestseller for KTM India in May... 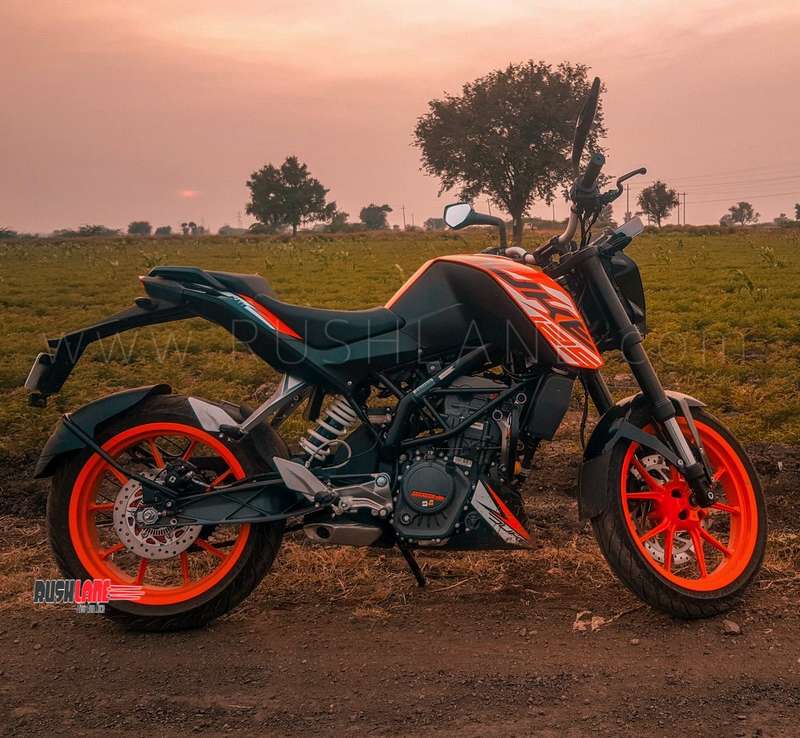 Even when the auto sector is experiencing a slowdown, KTM India has registered overall sales growth of 42.81% in May-19, as compared to May-18. However, there’s a catch, as most of KTM’s sales growth has come from 125 Duke. Launched last year in November, 125 Duke had gained instant popularity and it has become the bestselling KTM in India. It continues its good run, registering sales of 2,228 units in May.

125 Duke is the most affordable performance-oriented bike, which explains its high sales. It continues to generate good demand, even when prices were increased by 7K in April. KTM 125 Duke is now priced at Rs 1.25 lakh. With 125 Duke’s success and rising popularity of faired bikes in India, KTM has also launched RC 125, which is the faired version of 125 Duke. RC 125 can help KTM get more traction in this segment. 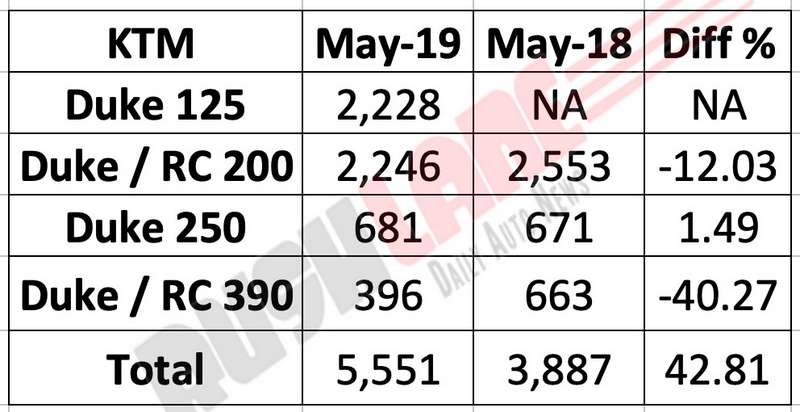 However, things may change in the future, as KTM is working on next-gen 390 Duke. Spotted on road tests, 2020 KTM 390 Duke could have a new chassis, longer body and several cosmetic changes. Engine will be BS-VI compliant and could be configured to deliver more power and torque.