KTM products are easily the best in India’s single-cylinder sports motorcycle category. The Austrian brand (in which Bajaj Auto has a 48% stake) has updated all its products to BS6 emission norms at the start of this year. In terms of performance as well as equipment, KTMs have always had an edge over its competitors. In fact, the all-new KTM 390 Adventure has set a benchmark in the Indian motorcycle scenario.

In the current KTM India line-up, the faired RC range is relatively outdated. Even though we get only the RC 200 and RC 390 in the domestic market, KTM India assembles and exports the mid-range RC 250 in Bajaj’s manufacturing facility in Chakan, Pune. Meanwhile, the next-gen KTM RC 390 was spotted a few months before doing test runs in European roads in its early prototype avatar.

KTM products follow a unique design philosophy with their exposed trellis frame, orange highlights and quirky-looking headlamps. Standing apart in an ocean of examples with tasteless wraps and unnecessarily-raised handlebars, Saurav Verma has given an interesting twist to a KTM RC 390. He created a one-off ‘KTM RC 390 SRV’ as part of his final-year project at NID (National Institute of Design), taking inspiration from the stance of a falcon. The design was even showcased at India Bike Week 2019. 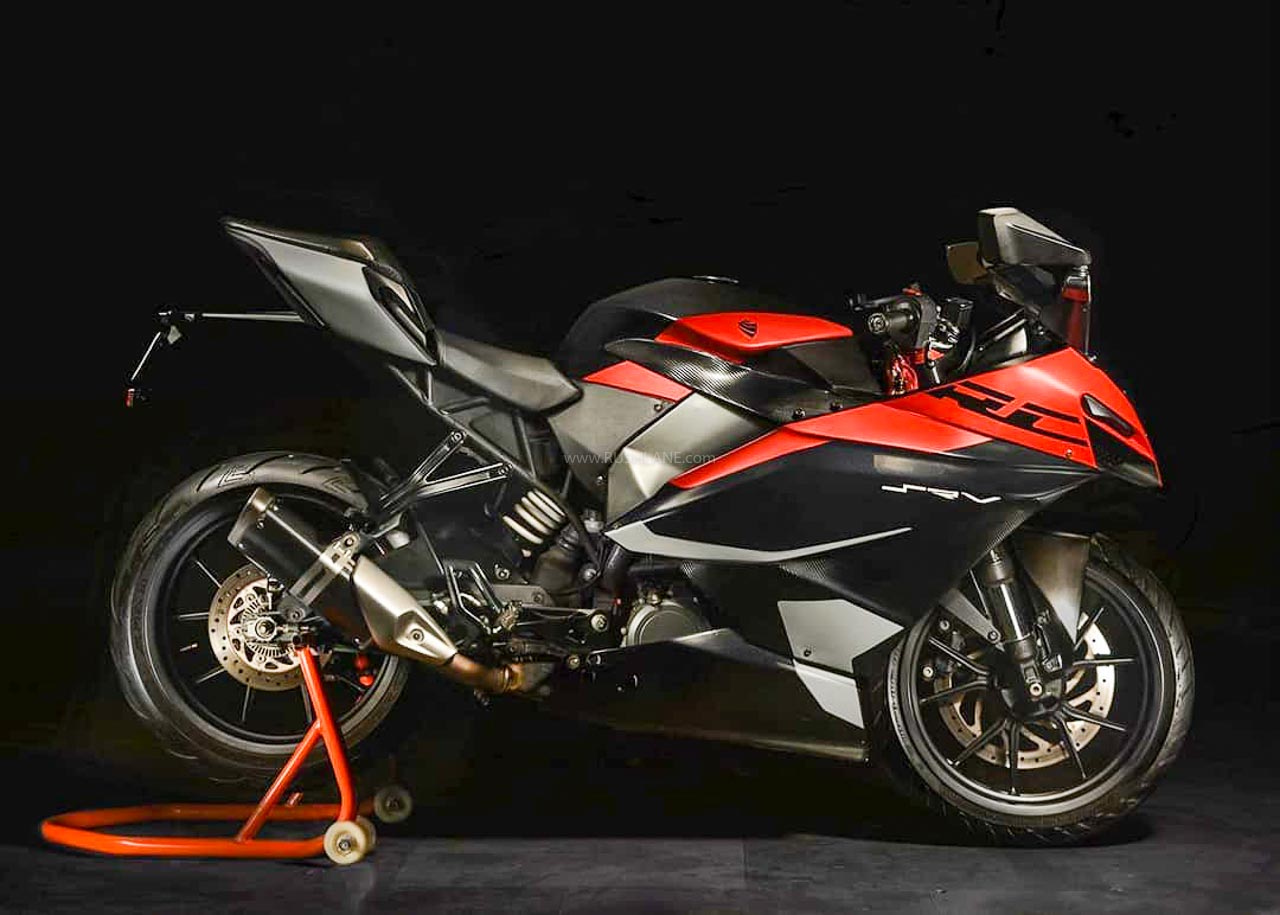 It is hard to unsee a slight MV Agusta influence at the front and some Ducati DNA at the rear. However, the RC 390 SRV is an appreciable tribute to Italian motorcycles and has not tried to be something which it isn’t. In the orange, white and black theme, Saurav’s creation continues to carry key KTM traits.

Saurav designed the body panels using MDF (medium-density fibreboard) mixed with waste styrofoam while the windscreen was borrowed from a Honda CBR250R (discontinued ahead of BS6 implementation). The cowl was made by moulding thin plastic sheets. Laser-cut MDF parts, bonded together with M-seal, occupy a good majority of the design. Saurav also concentrated on function by equipping its mainframe with additional support components for high-speed stability.

The engine department remains untouched. From a 373.3cc liquid-cooled DOHC single-cylinder engine, the KTM RC 390 churns out roughly 43bhp @ 9,000rpm and 36Nm @ 7,000rpm. This is mated to a 6-speed transmission via a slipper clutch. Output figures and equipment are almost identical in the current BS6 model. On the other hand, the naked sports BS6 390 Duke receives a bi-directional quickshifter in its 2020MY avatar. 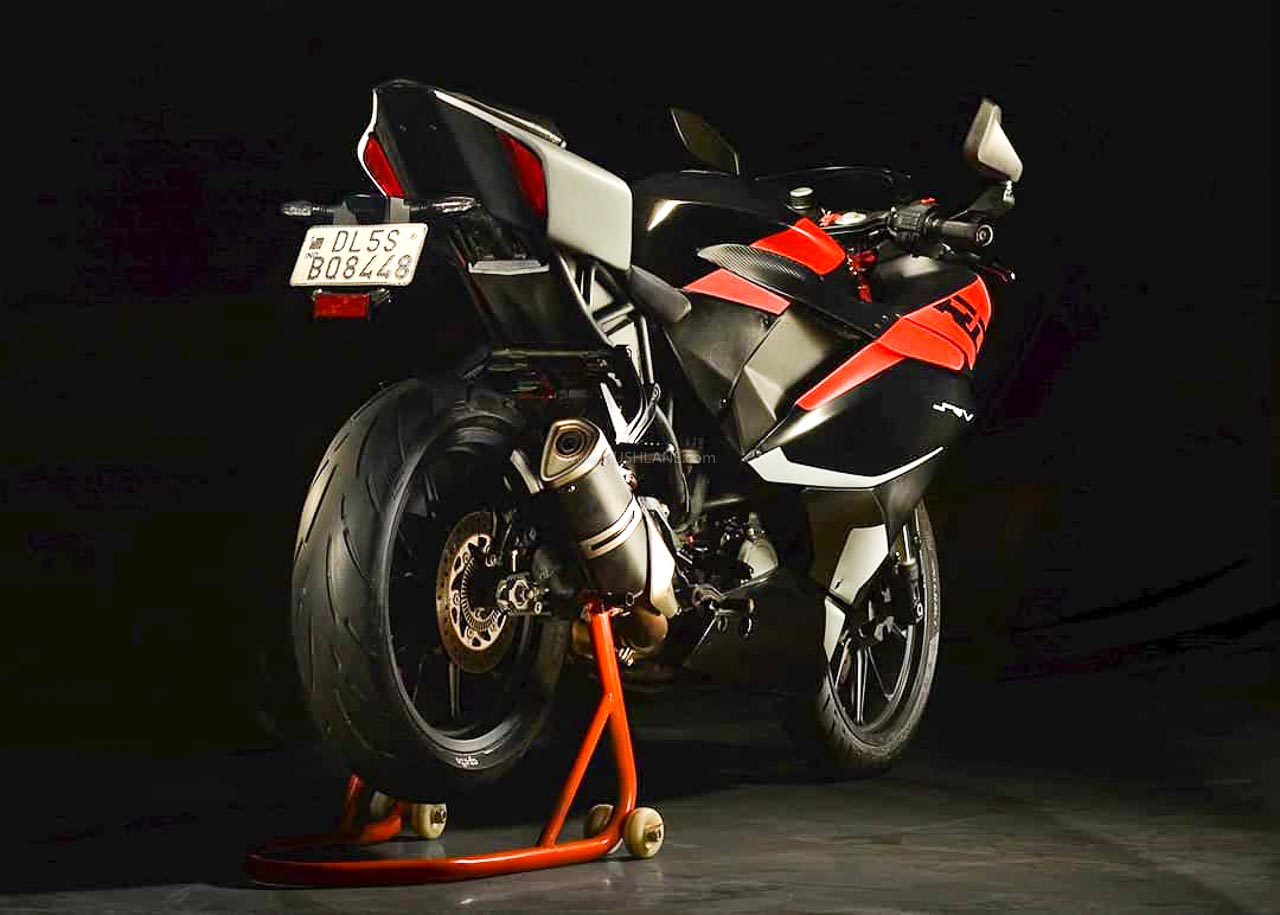