Lamborghini has now introduced the Aventador SVJ Roadster at the 2019 Geneva Motor Show. SVJ stands for Superveloce Jota, where Superveloce means superfast while the Jota suffix is used to denote car’s track focused performance. Even in the past, Lamborghini has reserved SVJ tags for its most powerful track-focused versions of its cars.

The supercar is based on the Aventador SVJ coupe, which was launched in India last year. Power is derived from a naturally aspirated 6.5-litre V12 engine which produces a mind-boggling 759hp and 720Nm of torque. This makes the SVJ Roadster more powerful than the Aventador S, which packs 720hp and 690Nm of torque. As far as performance figures are concerned, it can manage a 0-100 kmph in 2.9 seconds and it happens to be just 50 kg heavier than the SVJ coupe which holds the record of completing the Nurburgring lap in 6:44:97. 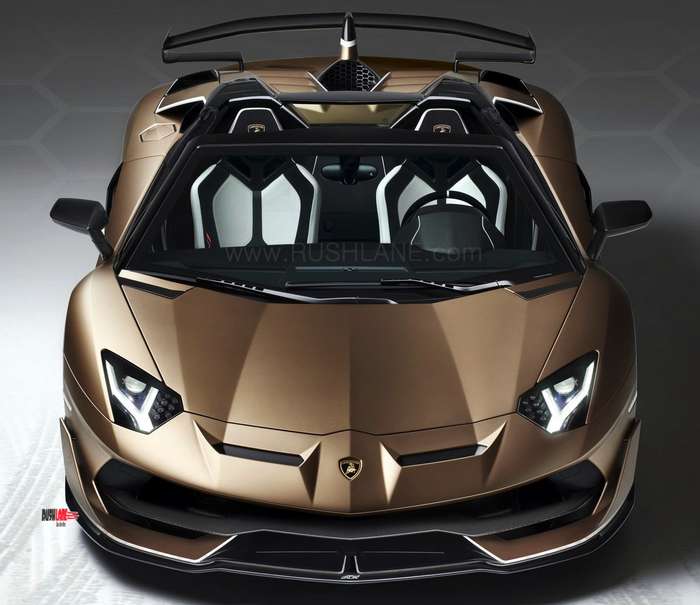 Lamborghini has stated that the they have installed a high-mounted lightweight naked exhaust on the SVJ Roadster. We can just imagine and envy the experience one would get when he/she is driving this roof-less hypercar and the music the naturally aspirated V12 motor would create. Pure Bliss! Isn’t it?

Talking about some other technicalities, tyre duties will be performed by specially designed P Zero Corsa tyres from Pirelli. The supercar also gets the Aerodinamica Lamborghini Attiva (ALA) system which comes with a prominent rear diffuser, a big rear wing, movable spoilers, and a tweaked underbody, all of which help to increase the downforce on the car. Also, it has carbon fiber dual-roof panels which weigh around 6 kgs each and can be stored in the front trunk of the roadster. 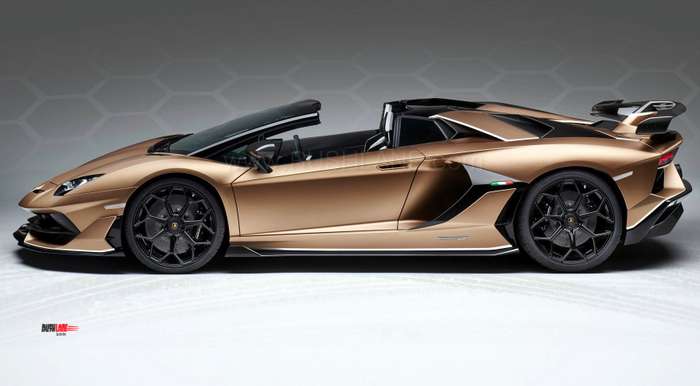 Sales of the SVJ Roadster will begin later in 2019. As per reports, the production run will be restricted to just 800 units however, all of these could be distinct as Lamborghini will be offering 350 color options to personalize each SVJ Roadster. Prices in UK start at £380,000 (Rs 3.8 cr) however, Indian pricing will be considerably higher, thanks to the applicable taxes and duties, this is provided that Lamborghini plans on bringing the SVJ Roadster to the country. Expect pricing to be in the Rs 7 cr range in India.

Back at home, Lamborghini had delivered the first Aventador SVJ in January’19. It is believed that the supercar is priced at INR 6 crores (ex-showroom). Lamborghini India sold 26 units last year and it expects that this year it will land-up selling around 50+ units.