Lamborghini copycat car is powered by Hyundai – Made by Iranian company

After four years of meticulous reverse engineering, an Iranian named Massoud Moradi and his company has come up with this exact replica of the legendary Lamborghini Murcielago SV supercar. Thanks to identical dimensions and the trademark yellow paint job, it is very difficult to tell the Iranian knock off apart from the original Lambo.

According to Mr. Moradi, the chassis of the replica has been fabricated based on Lamborghini’ original data and hence the team didn’t spend much time in planning or testing the car. 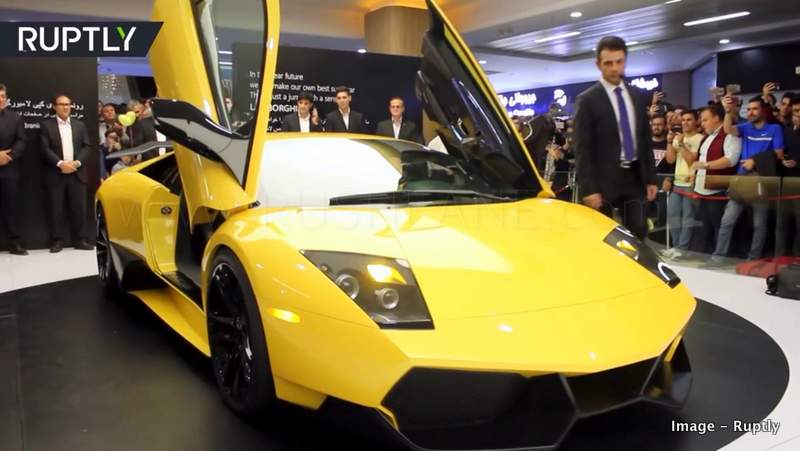 The car is claimed to be made of a variety of carbon fiber and other composite components but it certainly doesn’t match Lamborghini’s standards. The fact that the car has not been subjected to full fledged testing is worrisome.

Mr. Moradi also acknowledged that, despite his supercar being a faithful replica in terms of dimensions and chassis (however it does not share any part with the original car), the handling characteristics are not as good as the real deal. He also revealed that due to lack of infrastructure, high speed test runs have not been conducted. 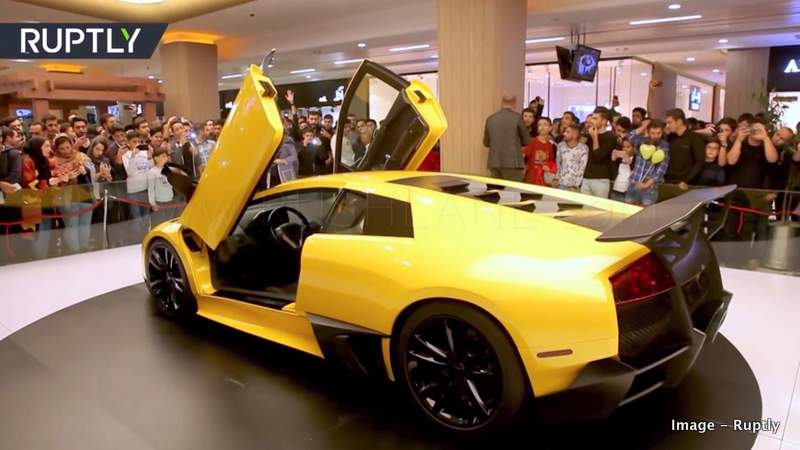 Powering the Iranian replica is a 3.8-liter V6 petrol engine sourced from Hyundai. The performance specifications of the rear mounted engine have not been revealed but Mr. Moradi claims that motor is good enough to achieve a top speed in the excess of 280 kmph. Given the engine’s performance, the omission of high speed testing is all the more glaring.

Speaking about the business plan, the creator of the fake Lamborghini Murcielago SV says that the company is ready to build 50-100 units per year if the demand is high. No details on pricing has been released but we bet it is at least 10 times cheaper than the original Murcielago SV. The car can reportedly be serviced easily by most workshops.