The Lamborghini Huracan Evo boasts of a new design, better styling, added power and enhanced aerodynamics. It gets refreshed exteriors and well appointed interiors while engine specifications have also been tweaked for added performance. It has been launched in India today.

Lamborghini Huracan Evo gets a new front bumper design, new lip splitter, air intakes with a Ypsilon design, twin exhausts positioned higher at the rear as compared to that seen on its earlier counterpart and race car like diffusers. It also gets an integrated ducktail spoiler for balance of downforce and drag and a slippery underbody for improved aerodynamics. The new Huracan Evo sits on 20” Aesir Y-spoke alloy wheels. 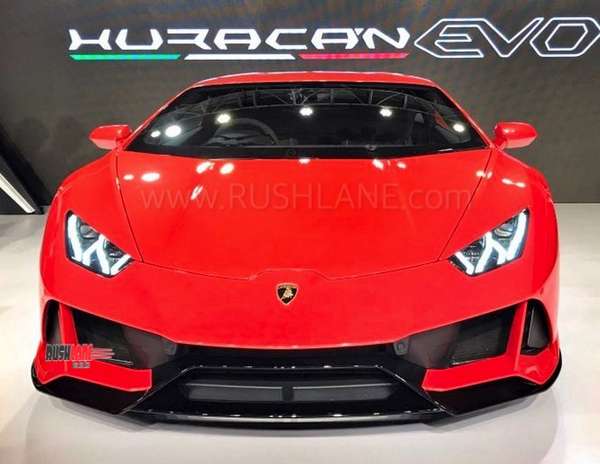 Updates in its cabin include a new 8.4” touchscreen infotainment system with Apple CarPlay. It also receives smartphone integration, voice commands and navigation while the cabin itself is done up in Alcantara and leather with Arancio Dryope design elements. Dual camera telemetry and hard disc are offered as an option. 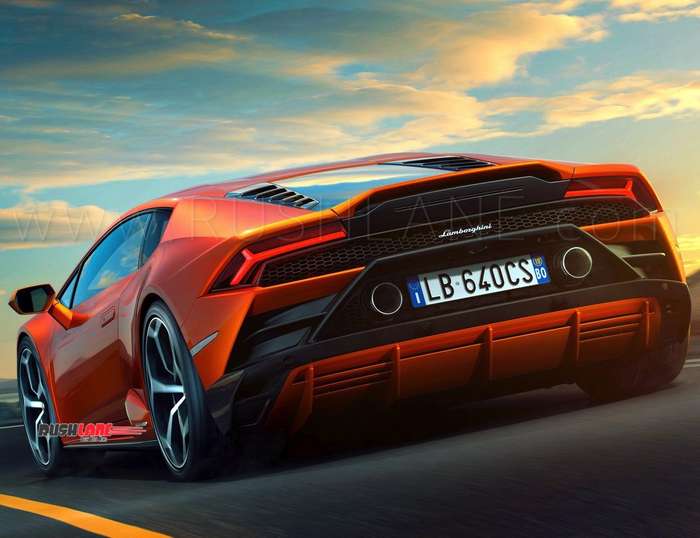 The engine allows for acceleration from 0 to 100 kmph in 2.9 seconds and from 0 to 200 kmph in 9.0 seconds to hit a top speed of 325 kmph. Braking from 100 – 0 kmph is achieved in 31.9 meters The new chassis control system seen on the Lamborghini Huracan Evo is called Lamborghini Dinamica Veicolo Integrata (LDVI) which controls the dynamics of the car as per inputs received via sensors that assess the road ahead and behavior of the driver.

The Huracan Evo has been launched in India, just a month after its global unveiling. It will rival the Ferrari 488 GTB, Porsche 911 Turbo S, Audi R8 V10 Plus and Aston Martin V8 Vantage. Below is a detailed photo gallery.