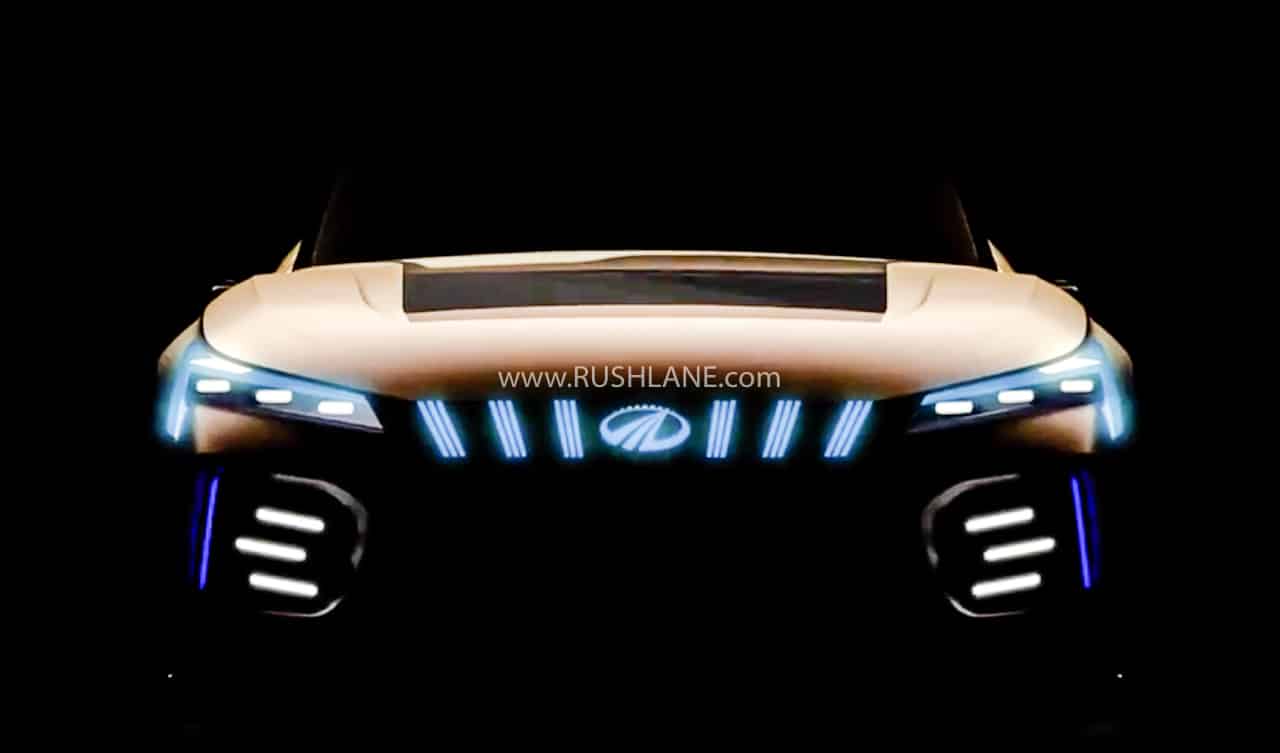 The Mahindra Funster, the brand’s new premium electric SUV concept, will be unveiled at Auto Expo 2020.

In a new teaser video, Mahindra has confirmed that it will reveal an all-new EV concept at Auto Expo 2020. Dubbed as the Mahindra Funster EV, the concept is just one of four new electric vehicles from the Indian brand that are going to be unveiled at the 15th instalment of the biennial automotive event. Being a teaser, not a lot has been revealed, but a glimpse of the Mahindra Funster’s design details.

The Funster is the concept format of the upcoming all-electric version of the next-generation Mahindra XUV500. The Mahindra Funster EV concept is basically a high-performance electric SUV for the modern era. Even though it will never see itself running on public roads, the EV sports four electric motors (one on each wheel; essentially making it an all-wheel-drive vehicle capable of torque-vectoring) coupled to a 60kWh battery pack. Put together, the Funster EV gets a claimed output of 230kW or 313bhp. Theoretically, it can do a sprint from standstill to 100km/h in under five seconds.

Coming to the other EVs that will be present at Mahindra’s Auto Expo pavilion, the all-electric XUV300 or eXUV300 is something which has garnered a lot of interest. Reports state that it will be production-ready to take on the likes of the new Tata Nexon EV; the all-electric version of the regular XUV300’s primary rival in the petrol/diesel sub-four-metre compact-SUV market. The Tata Nexon EV was launched only recently at a starting price of just under Rs 14 lakh ex-showroom. The new Mahindra XUV300 Electric should be priced around the same figure.

The lesser eKUV100 was already showcased to the public back at Auto Expo 2018, but it’s 2020 avatar could be a much better package. Meanwhile, the Mahindra Atom electric quadricycle could become a worthy choice in the affordable emission-free local transport or cab business as a better (and a bit expensive) alternative to a conventional auto-rickshaw. Road tests of the Atom are going in full swing and presently, only the Bajaj Qute (petrol-powered) stands as a direct rival.

Auto Expo 2020 is mainly concentrated around the rising market of EVs and Mahindra plans to make a strong statement in this regard. Mahindra Electric has been one of the pioneers in the Indian EV market and aims to keep this title for years to come.