Indian business giant Mahindra & Mahindra plans to discontinue its wholly-owned subsidiary, GenZe. Based in California, GenZe is an EV brand offering a range of e-bikes (bicycles) and e-scooters exclusively in the US market. The information came to light when Pawan Goenka, MD of Mahindra & Mahindra, was sharing the company’s financial results in the fourth quarter of FY2020.

The plan is to completely shut down GenZe in about six months. After its discontinuation, the intellectual property rights of GenZe will be utilised for Mahindra Electric and various other projects coming under Mahindra & Mahindra.

Conceived in Silicon Valley and assembled in “Motor City” (Detroit, Michigan), GenZe has two e-bike (200 Series and 100 Series) and two e-scooter (2.0e and 2.0f) model lines. The company is currently offering a grand summer sale at a price cut of $500 on its entire line of products. With its e-bikes, GenZe has created a public bike-sharing environment in the US while the e-scooter range is a fitting purchase for fleet operations or delivery services. 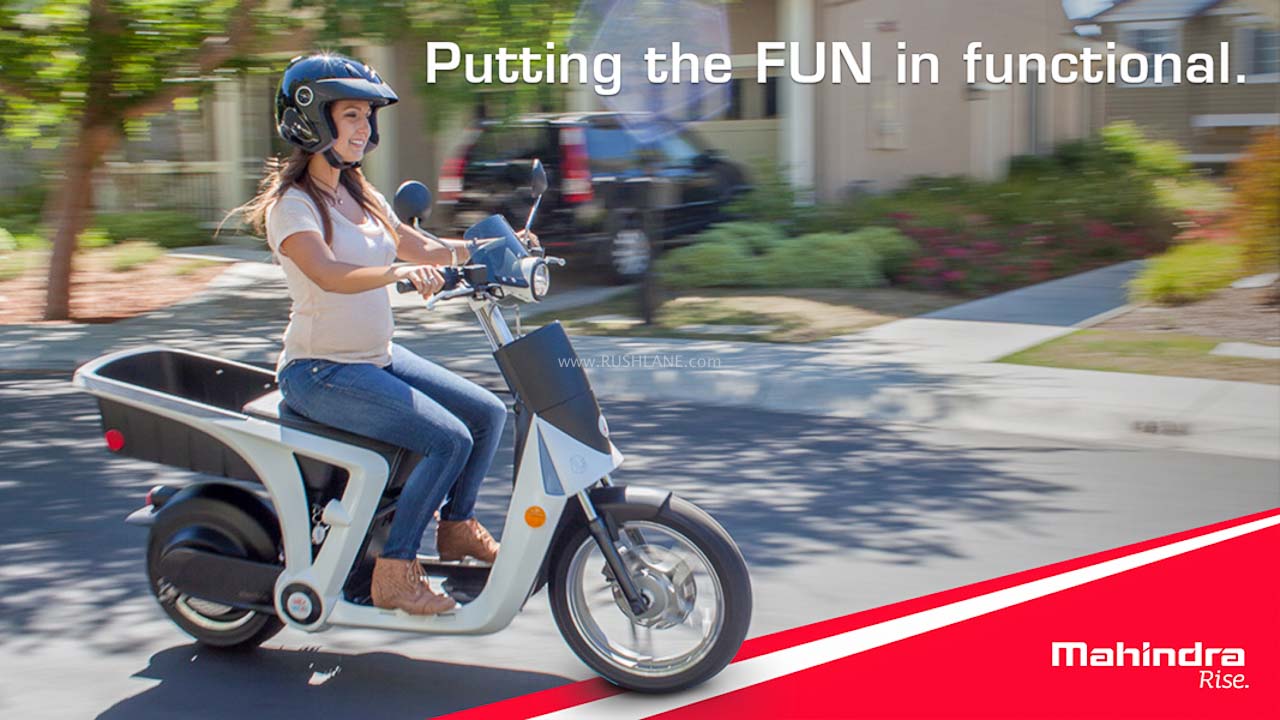 Interestingly, GenZe products were spotted testing on our roads a few years ago but it seems Mahindra has stepped away from launching the brand in potential Indian cities. On the other hand, Ola Electric plans to hit Indian markets with an all-new e-scooter. Urban e-bikes and e-scooters are becoming increasingly popular in Indian metro cities. Yulu is a prime example.

One of the highlights of GenZe e-bikes is their customisability. There is a desirable portfolio of frames, sizes and colours to choose from. Notable features include removable battery packs, riding modes, LCD instrument console and smartphone connectivity. They can cross a top speed of 30km/h purely in electric mode (without pedalling) while range figures hit close to 30km on a full charge. The rider can push this to over 60km by pedalling every once in a while.

Coming to GenZe’s electric scooter range, modular construction and purpose-focused accessories are some of the main advantages. They are built over a solid cast aluminium chassis and weigh roughly 105kg. The removable battery pack weighs about 14kg and promises a range of over 50km on a full charge. It can attain a top speed of 30mph or ~48km/h, which is arguably enough for urban environments.

In India, electric vehicles are still at an infant stage. Though the four-wheeler market has limited choices, the Indian two-wheeler segment (especially scooters) is witnessing consistent growth in electric powertrains. To a good extent, e-scooters make more sense than a regular petrol-CVT example.