Of the vehicles sold, Mahindra undertook the mammoth task of delivering 13,500 vehicles in the month on a single day, Dhanteras. While that sounds as positive as positive can be, it bears little positivity in the overall scheme of things. The only reason deliveries on said shoot through the roof is because there’s a preference of deliveries on an auspicious day. 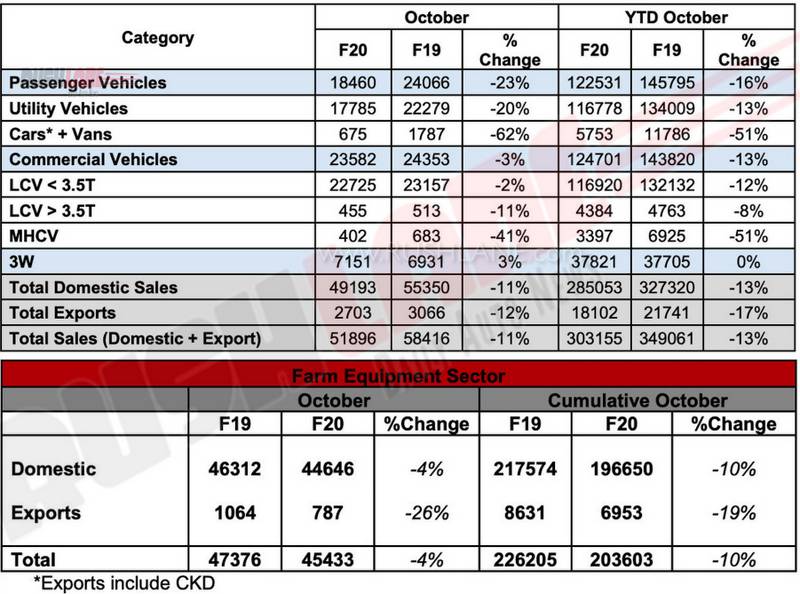 Veejay Ram Nakra, Chief of Sales and Marketing, Automotive Division, M&M Ltd. said, “The festive month of October 2019 was excellent for Mahindra, with retail volume exceeding wholesale by approximately 40%. This robust retail performance was contributed by both passenger & commercial vehicles.

Further, our billing numbers are in line with what we had planned for the month, since the objective was to significantly correct our channel inventory. We hope to see the positive consumer sentiment continue going forward.”

Rajesh Jejurikar, President – Farm Equipment Sector, Mahindra & Mahindra Ltd. said, “We have sold 44,646 tractors in the domestic market during October 2019. The festive season has seen improvement in demand uptick. The retail momentum has been good in October with a healthy double digit growth compared to October last year. Higher reservoir levels, adequate soil moisture condition and an improved MSP of Rabi crop, augur well for tractor demand in the next few months. In the exports market, we have sold 787 tractors.”