Society For Safe Gurgaon (SSG) has presented the Gurgaon Police with 6 new Mahindra Scorpio SUVs on Friday. Each of these vehicles which were inducted into the police fleet on the 22nd of February, 2019, is in a white color scheme and painted with Police decals. 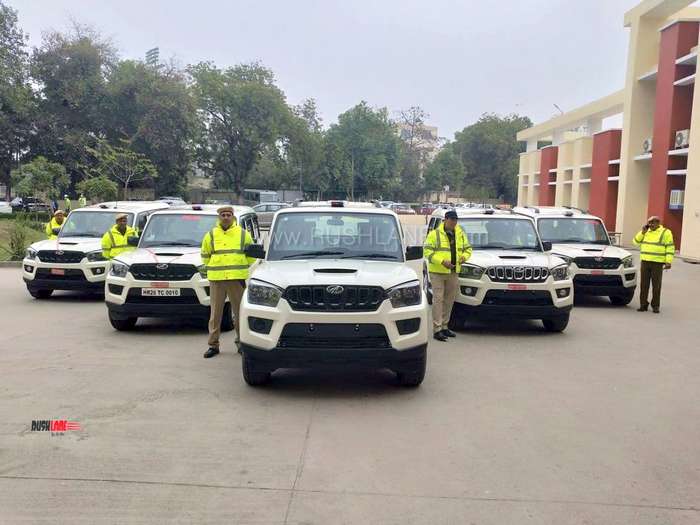 SSG is a non-government organization working to make Gurgaon safer for its citizens. It has taken this initiative in presenting the Gurgaon Police with these brand new Scorpio SUVs as a part of this endeavour to ensure better safety and efficiency in enhancing law and order in the area. Though Mahindra Scorpio is available in 4×4 as well as 4×2 format, but it is the 4×2 variants which have been presented to the Gurgaon Police Force. The reason, these are intended for use inside the city.

Mahindra Scorpio is much favoured by the police forces across the country. It is not only seen being used by the Gurgaon Police but also by other state police forces. Gurgaon Police inducted 25 Maruti Ertiga MPVs last month in their fleet. All these were new generation Ertiga’s. Both Scorpio and Ertiga serve a different purpose in the fleet. 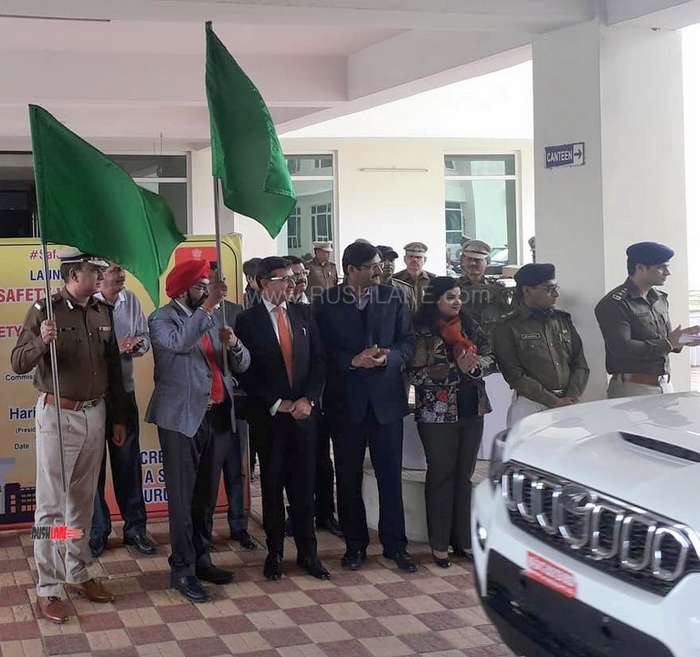 Mahindra Scorpio variants, which include S3, S5, S7, S9 and S11, are generally seen in use as fleet taxis both in semi urban and rural areas. The S3 is offered in 7 and 9 seater models and powered by a 2.5 liter M2DICR turbocharged diesel engine offering 75 bhp power and 220 Nm torque mated to a 5 speed manual gearbox.

The S5 and S7 variants get their power via a 2.2 liter mHawk diesel engine offering 120 bhp power and 280 Nm torque while the top of the line S11 variant, which is also powered by the same 2.2 liter mHawk diesel engine sees power and torque increased to 140 bhp and 320 Nm respectively. Mahindra is also working on a new generation Scorpio, which is expected to be launched by 2020. It will be powered by a new 2 liter turbo diesel engine, which will meet BS6 emission norms.