Even as normal car horns can be annoying, this Mahindra Thar owner has affixed a train horn on his SUV that could blow ones ears out. This is a pressure horn, the type that is normally seen mounted in front of train engines. It has been specially brought into the country and installed on the Mahindra Thar in question for a total amount of Rs 1 lakh and is claiming to be the loudest horn on any private car in India.

The owner, who has been identified in the accompanying video as Ajay Bhesla, has spent Rs 25,000 as cost of the horn while an accompanying compressor costs Rs 50,000. The balance Rs 25,000 is towards transportation and installation charges. Though this pressure horn is banned from use, the owner states that he has installed the horn only for off road use while in secluded places like jungles. 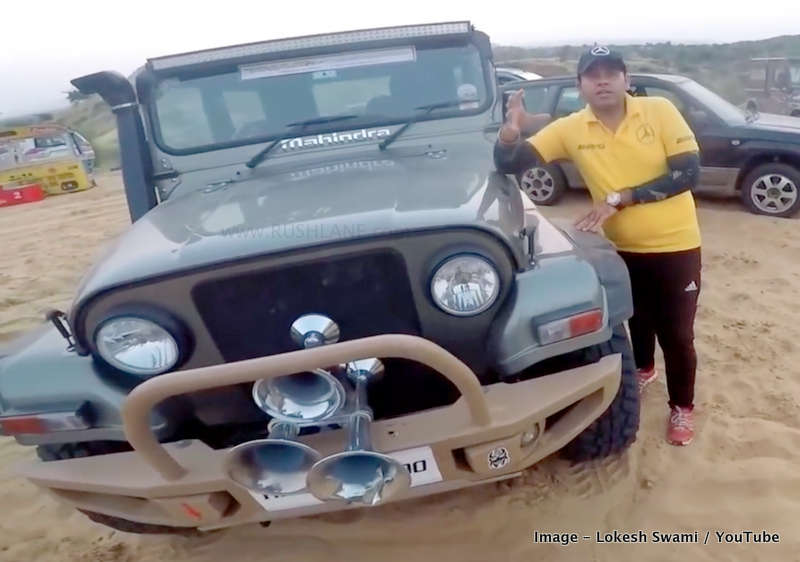 Being a pressure horn, the owner has also had to bring in a compressor that can fill an air tank and blow out the horn. This compressor is fitted to the rear space of the vehicle and the compressor also doubles up as a tyre inflator so as to fill up tyres in the case of an emergency. Watch the detailed video by Lokesh Swami below.

As the cops get more vigilant and have seized several after-market horns from big trucks and buses, it will not be long before this train horn gets confiscated from the owner of the Mahindra Thar should he dare to use it on public roads.