Mahindra Treo electric rickshaw is already launched. It will soon get a new feature.

Named as Treo 2.0, Mahindra’s next-gen electric three-wheeler is a lot better than its predecessor. According to the company, new Treo’s manufacturing is entirely localized. The only exception is the battery cells, which have been imported. However, the technology used for battery assembly and other related processes have been developed in-house by Mahindra. 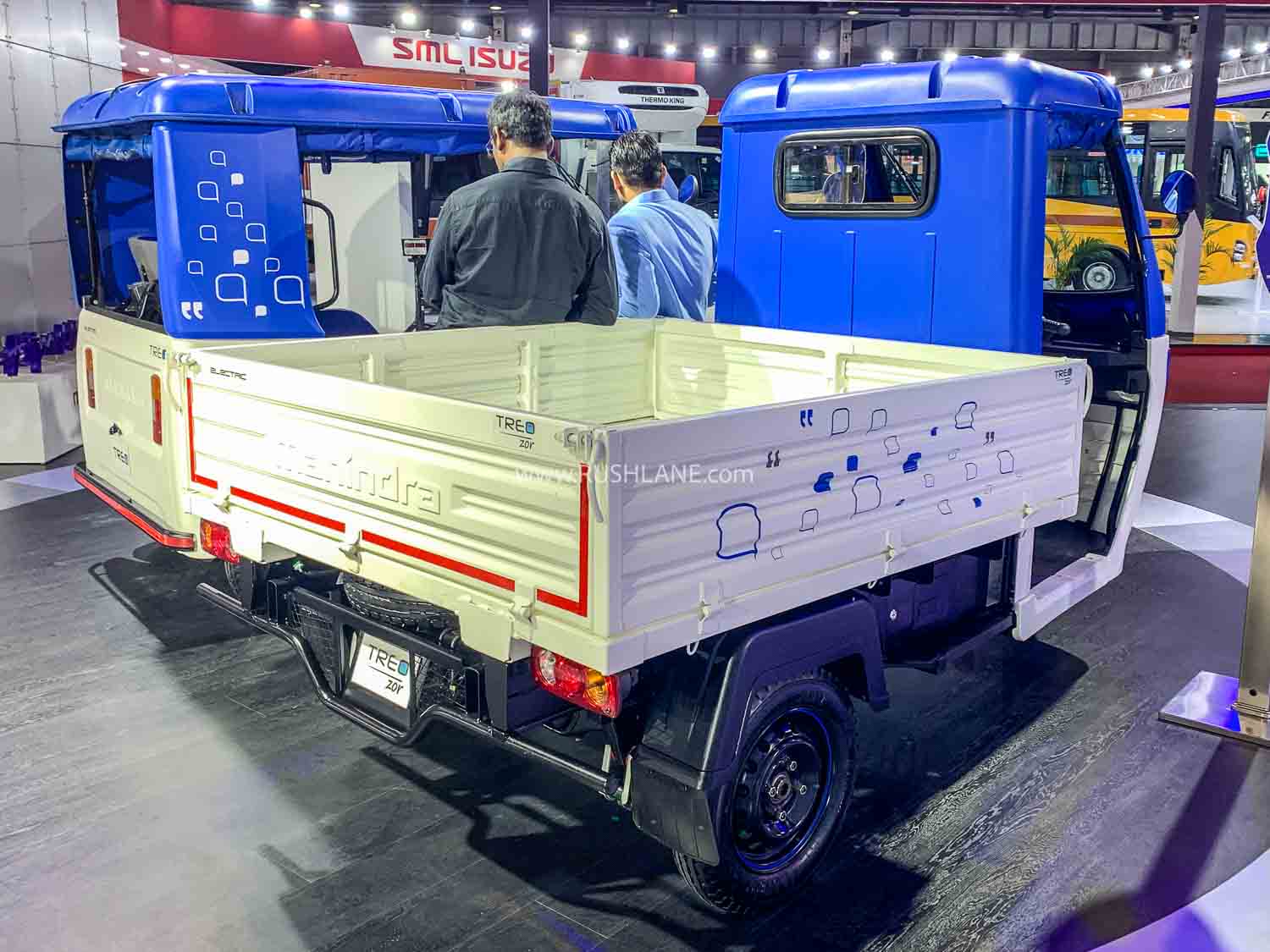 Mahindra Treo next-gen comes with a range of changes such as the new doors and seats. These have been added to improve comfort and convenience for occupants. The company also unveiled a new charger that will be used for Treo 2.0. Mahindra has plans to have these chargers installed across the country, so that users can easily recharge their vehicle. In the initial phase, the company will be installing 800 of these chargers across major cities and towns. This target is expected to be achieved by August 2020.

One of the most notable aspects of next-gen Treo is that it comes with integrated solar roof. In a sunny environment, the solar roof can add around 30 km to the vehicle’s overall range. The vehicle needs to be in the sun for around 4 hours to load the additional kilometres. However, the solar roof will not be available at the time of launch. It will be added in the final production version and availability will depend on the type of subsidies available on the solar panels.

At the Auto Expo, Mahindra also showcased Treo Load, which is an all-electric cargo version of Treo 2.0 three-wheeler. The company appears to be aggressively pursuing the electric segment, as this space is expected to witness incremental growth in the coming years. According to CRISIL research, around 43-48 % of new three-wheelers (not including e-rickshaws) will be electric vehicles by 2024. This represents a significant opportunity for all electric three-wheeler manufacturers including Mahindra.