Mahindra XUV300 Electric aka eXUV300 unveiled at Auto Expo 2020 with significant changes to the styling.

Mahindra has unveiled the all-new XUV300 Electric (eKUV300) at the ongoing Auto Expo 2020, in a concept format. Compared to the regular Mahindra XUV300, there are significant changes to the styling (and this is not based on its concept theme). The blue accents might be a design feature in the final production version.

With the launch of the Mahindra XUV300 Electric, the new Tata Nexon EV will finally have a true rival. Prior to Auto Expo 2020, most electric products in the Indian market have lesser or higher alternatives rather than a direct rival. Owing to this, new electric vehicles, including the Nexon EV, that have launched in the past few months had the market for their own (in the respective price segments). 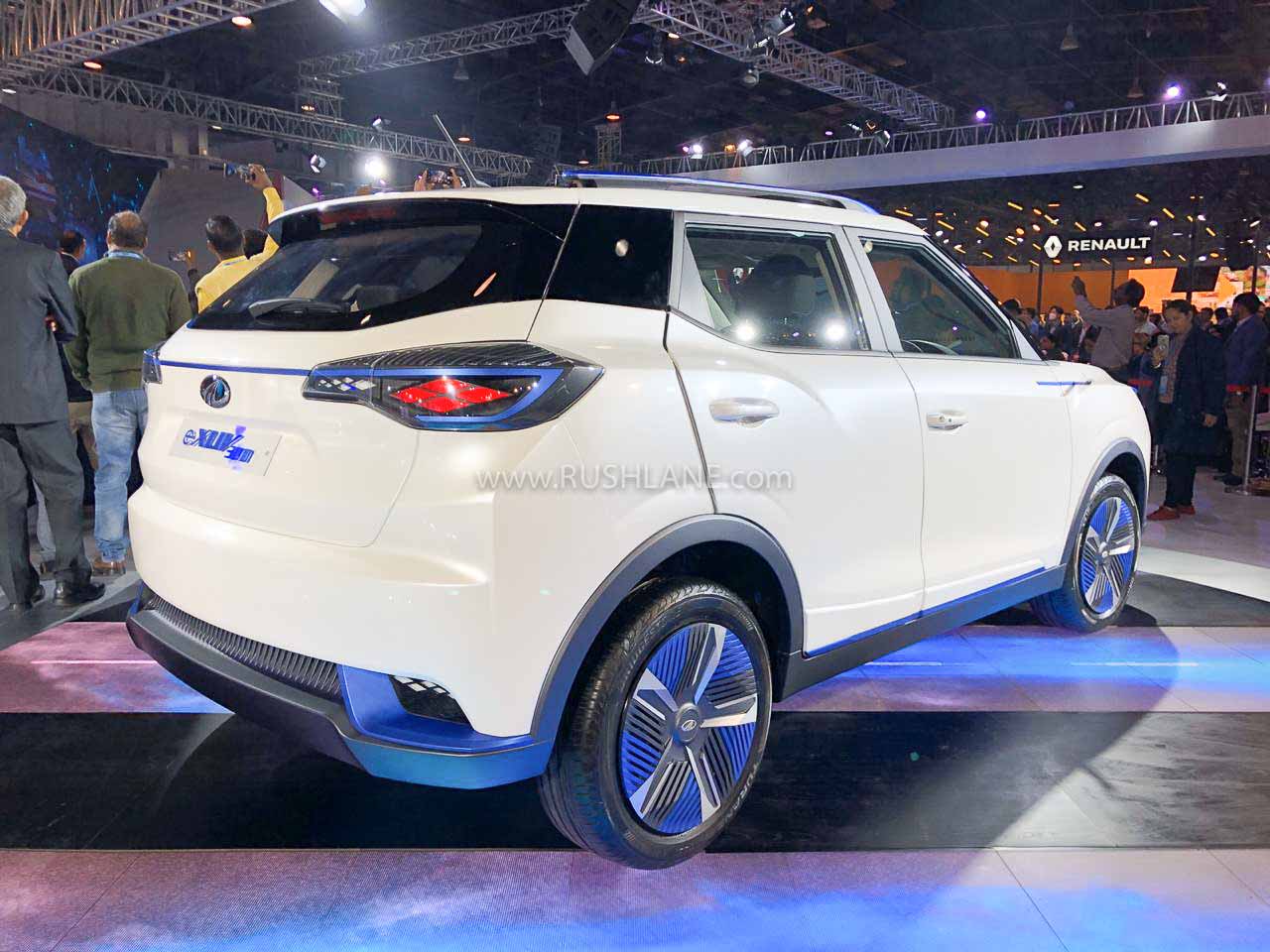 Being a product that still has to go a long way before hitting production, the exact specifications of the electric compact-SUV remain unknown. However, since the car rivals the Tata Nexon EV, one can expect the facts and figures to be in line or better. The base price could also start from under Rs 14 lakh (the starting price of the Nexon EV).

To give a rough idea, the Tata Nexon is powered by the brand’s Ziptron electric powertrain that comprises of a 30.2kWh battery pack. This helps the electric compact-SUV produce 127bhp and 245Nm of torque. It can hit 100km/h from a standstill in just under 10 seconds. The XUV300-Electric-rival has a claimed range of more than 300km.

The Mahindra XUV300 is often regarded as one of the best compact-SUVs available on the market; be it in terms of performance, equipment or overall desirability. With the eXUV300, the company aims to make it just that even though the effort required would be much less since the Indian market does not have a lot of EVs in that price bracket.

Even though the eXUV300’s launch will happen only at a later point in the future, Mahindra had introduced the lesser eKUV100 (KUV100 Electric) for Rs 8.25 lakh ex-showroom. In turn, the KUV100 Electric has secured the title of being the ‘most affordable electric compact-SUV’ in the Indian market.