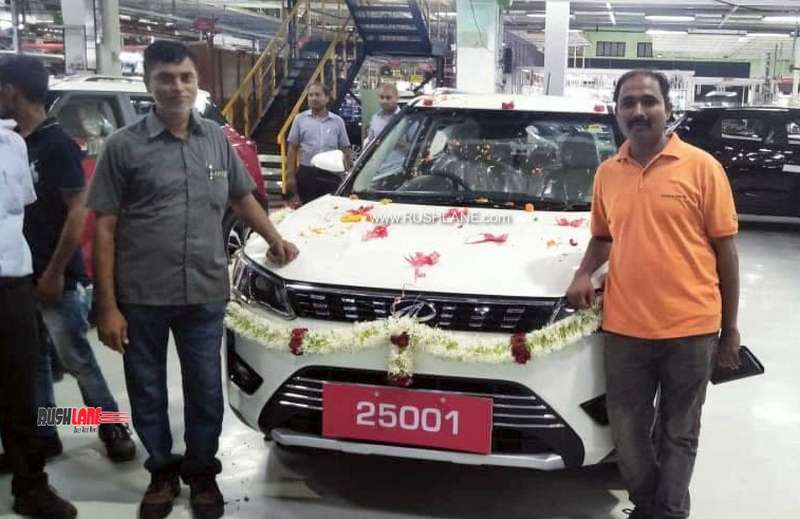 Mahindra XUV300, launched in February 2019, has been noting outstanding sales in the country. The XUV300 has reached an important milestone. Mahindra XUV300 production now basks in the glory of its its 25,000th unit rollout.

Mahindra XUV300 production take scare of W4, W6, W8 and W8 (O) variants, and is efficiently priced between Rs 7.90 lakhs for its base variant going up to Rs 11.99 lakhs for its top spec model. Sales has been top class for the sub 4 metre SUV, beating the Tata Nexon. However, Hyundai Venue sales launched in May, surpassed XUV300 sales last month. 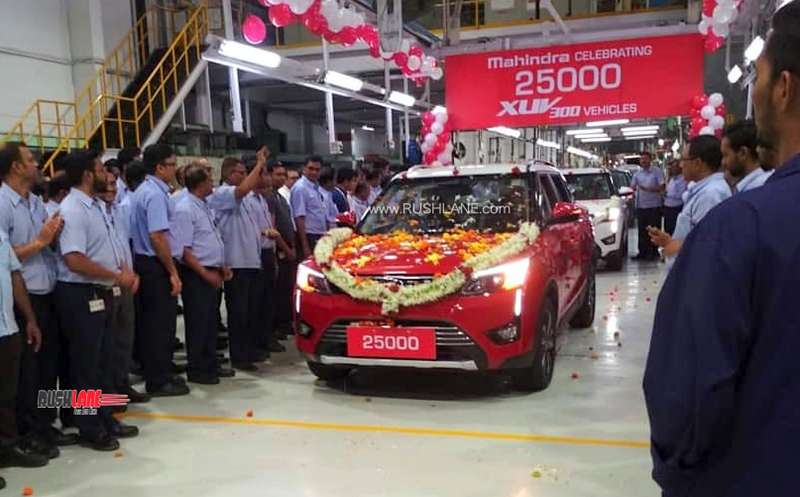 Mahindra and Mahindra is also set to introduce the AMT version of the XUV300. Though not yet launched in the country, bookings at dealership levels have already commenced. The AMT gearbox will be offered only on the top sped W6 and W8 variants. It can be differentiated from its regular counterpart with an “AutoShift” badge. And will be seen with features such as dual zone AC, sun roof, front parking sensors, heated mirrors and safety equipment such as steering modes, hill hold assist and 7 airbags

Mahindra XUV300 AMT will be limited to the 1.5 litre diesel variants of the XUV300. The 1.5 litre, 4 cylinder turbo diesel engine continues to offer 117 PS power and 300 Nm torque paired with a 6 speed Automated Manual Transmission (AMT) sourced from Magneti Marelli.

It will rival other automatic models such as the Maruti Suzuki Vitara Brezza and Tata Nexon with 5 speed AMT automatic diesel engines. And also with the Ford EcoSport and Hyundai Venue which are in the same segment, but come in with petrol automatic variants. Mahindra XUV300 AMT will see an increase of around Rs.20,000-50,000 over the manual counterparts. Pre-bookings of the Mahindra XUV300 AMT have begun with launch slated will take place later this month.