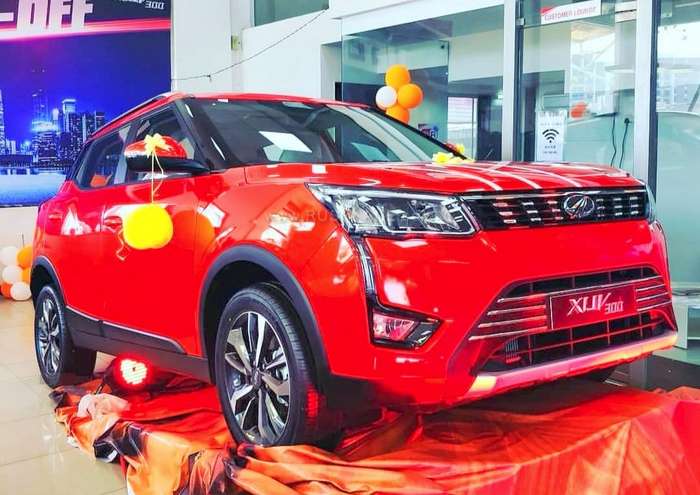 Mahindra XUV300 has become the 2nd highest selling sub 4 meter SUV in April 2019. Its sales has allowed the XUV300 to beat Tata Nexon in sales in April, making it the first time that sales of XUV300 are higher than sales of Tata Nexon.

Mahindra XUV300 has been delivering average of over 4k units in sales ever since the sub 4 meter SUV was launched in February 2019. It has been seen that from among the three variants, it is the top end W8 variant that accounts for 70 per cent of the overall bookings, with petrol variants more in demand over their diesel counterparts. 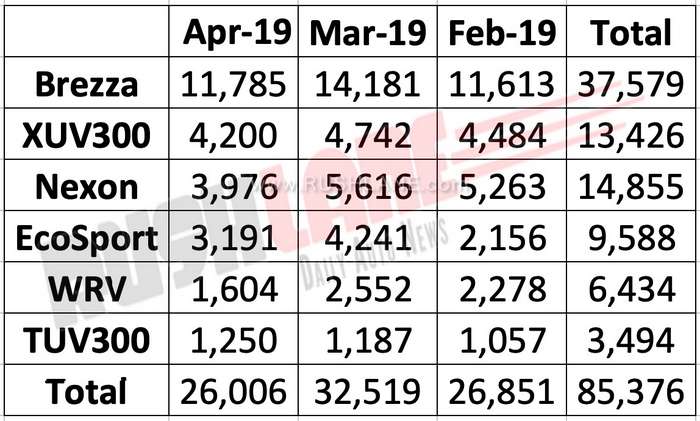 Commenting on the bookings milestone, Veejay Ram Nakra, Chief of Sales & Marketing, Automotive Division, Mahindra & Mahindra Ltd. said, “We are thrilled with the XUV300 receiving over 26,000 bookings in just over two months since its launch. Consumers are finding the XUV300 to be an exciting and comprehensive package that offers thrilling performance, first-in-segment safety features and head-turning design, which is reflected in these impressive booking numbers.

It is also encouraging to see that a substantial number of bookings are for the petrol variant. As a customer centric organization, we are constantly working to keep the waiting period at a minimum and to get our customers their XUV300s as soon as possible. I am sure that the XUV300 brand will grow from strength to strength in the years to come.”

Powered by both petrol and diesel engine options, the XUV300 gets a 1.2 liter, 3 cylinder turbocharged petrol engine offering 112 bhp power and 200 Nm torque and a 1.5 liter, 4 cylinder turbo diesel engine which also powers the Mahindra Marazzo. The engines get mated to 6 speed manual gearbox. Of these two engine options, it is the petrol variant that grabs more sales, due to lower pricing. There is also an automatic transmission in the works and an electric variant of the XUV300 is also being developed with launch sometime in 2020.

Following its success in India, Mahindra now plans to make the XUV300 a global product. The sub 4 meter SUV was showcased to dealers in South Africa with launch in the coming days. Mahindra is also planning launch of the XUV300 in markets such as Europe, Australia, New Zealand, Sri Lanka and Nepal in the months ahead. Mahindra XUV300 currently contends with the Maruti Brezza, Ford EcoSport and Tata Nexon but will soon get another rival in the form of Hyundai Venue, poised for launch on 21st May 2019.