As we await Mahindra XUV300 compact SUV launch, the auto manufacturer is leveraging in-house capabilities as it tries to present a whole new world of SUVs. In recent months, the brand has launched Marazzo, Alturas G4, and now, it is getting ready for XUV300 launch, which is scheduled for 15th February 2019.

In a company released video, Mahindra XUV300 is seen undergoing wind tunnel testing. It’s remarkable that the vehicle has in fact been tested at the Pininfarina wind tunnel facility at Turn, Italy. Mahindra is the parent company of Pininfarina, which is globally known for their automotive designs. They are credited some of the most aerodynamic cars in the world. 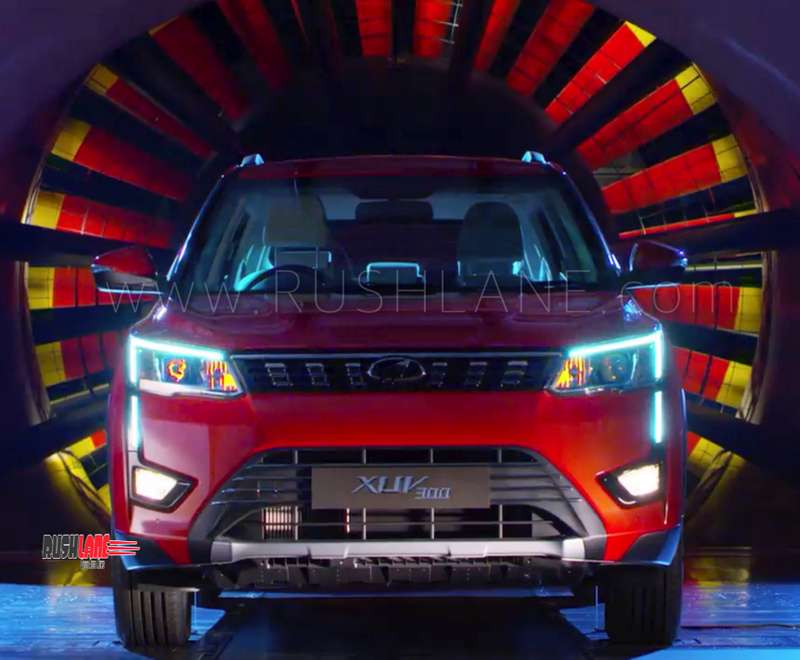 The newest compact SUV segment entrant is hopeful of a 15-20 percent market share once in business. The segment is dominated by Maruti Brezza, followed by the 5 star NCAP rated Tata Nexon. Honda WRV and Ford Ecosport sales are at above 2k units each. It’s not difficult to fathom why Mahindra would be hopeful about the compact SUV segment, which since coming into being has grown in volume and offerings.

It is not clear if there has been any design input from Pininfarina for the new XUV300, but considering that it has undergone wind tunnel testing, it possibly is the most aerodynamic car in the segment. Watch the wind tunnel testing video of Mahindra XUV300 below.

Mahindra XUV300 doesn’t fall too far from Ssangyong Tivoli, from which it borrows inspiration. The implementation of XUV300 is in itself a great show of leveraging strengths. On the safety front, Mahindra XUV300 features 7 airbags, reverse camera and parking sensors, ABS, EBD, and ESP. Engine options include a 1.5 litre diesel unit that returns max power of 123 PS and 300 Nm of torque mated to a 6-speed MT. The 1.2 litre petrol turbo unit returns 120 PS power. Both engines pack in quite a punch considering engines in use in the segment.

Bookings for Mahindra XUV300 are being entertained across dealerships now, though not officially confirmed by the company. Mahindra XUV300 interiors feature a dual tone dashboard, and touchscreen infotainment system. Comfort features include auto AC, height adjustable driver seat, and rear seat middle passenger head rest. There’s roof rails, and a roof mounted spoiler, a sunroof, and rear wash wiper. It will be priced in the Rs 7-11 lakh range.