Mahindra has currently started testing the second generation XUV500, which will be a first proper upgrade of the SUV in almost a decade. However, as the launch of the next gen XUV500 is still few months away, Mahindra has readied a BS6 variant of the XUV which it can sell post the introduction of BS6 norms.

For the BS6 variant, Mahindra will be using the same 2.2 litre diesel motor, however it will be adding in a DPF (Diesel Particulate Filter) and an SCR system. These additions will help Mahindra to make the SUV BS6 emission norms compliant. Power output figures are expected to remain constant as on the BS4 variant, that would mean the motor will be churning out 155hp & 360Nm of max torque.

Mahindra will be selling the XUV in 4 variants only, namely, W5, W7, W9 and W11. To reduce inventory and development costs, Mahindra will be offering the model in 6-speed MT & Front-wheel Drive option only. This would mean that AT and AWD variants will be discontinued till the time the next generation model is launched. 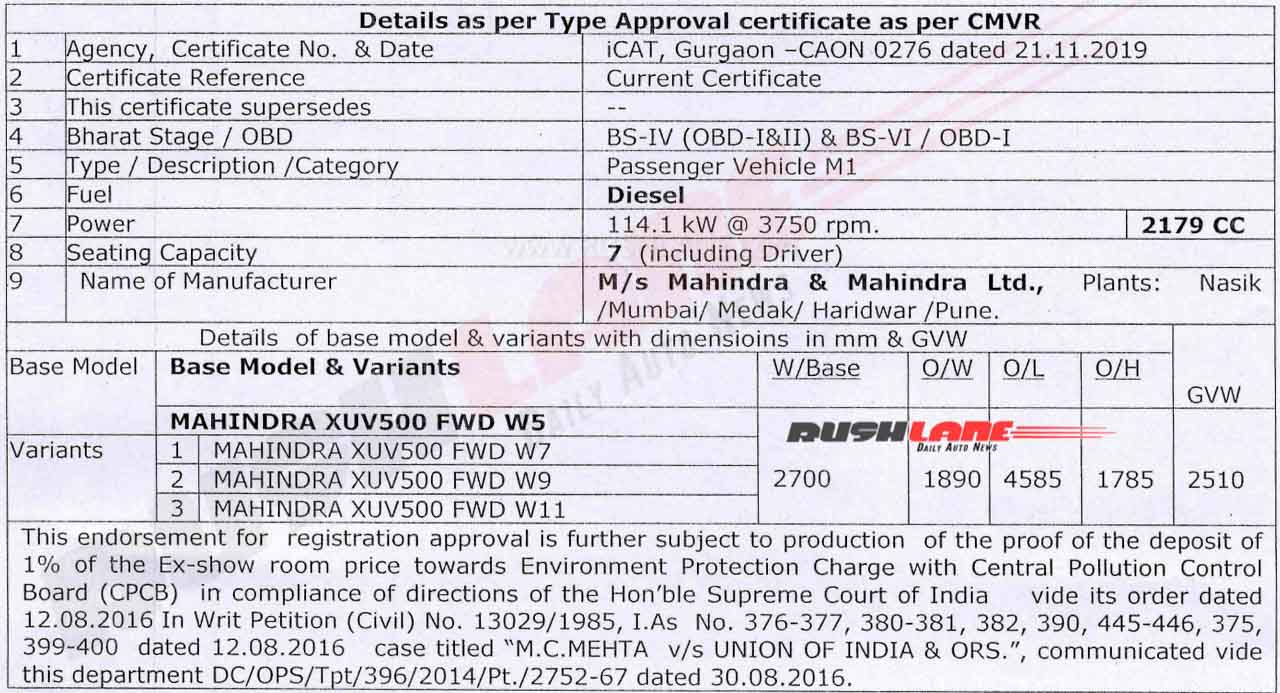 We don’t expect Mahindra to bring in any other update on the XUV when it brings in the BS6 variant. This model will just help Mahindra to ensure that the vehicle doesn’t become irrelevant for customers in a highly competitive market.

The next generation XUV500, which has been on test is scheduled to make its debut sometime later this year. The SUV is based on an all new platform (which reportedly will be shared between Ford too) and will be drawing power from an all new 2 litre diesel motor (which will be shared by the upcoming Scorpio and Thar too). Mahindra might use the 2020 Auto Expo as a platform to either reveal the model or showcase a pre-production teaser, however nothing has been confirmed till now.

We expect prices for the XUV500 to go up, once the BS6 model goes on sale. Though Mahindra hasn’t officially confirmed about the launch date of the BS6 XUV500, we believe that it is around the corner. Most OEMs would want to flush out all BS4 stocks before the BS6 emission norms kick in from 1st April, 2020.