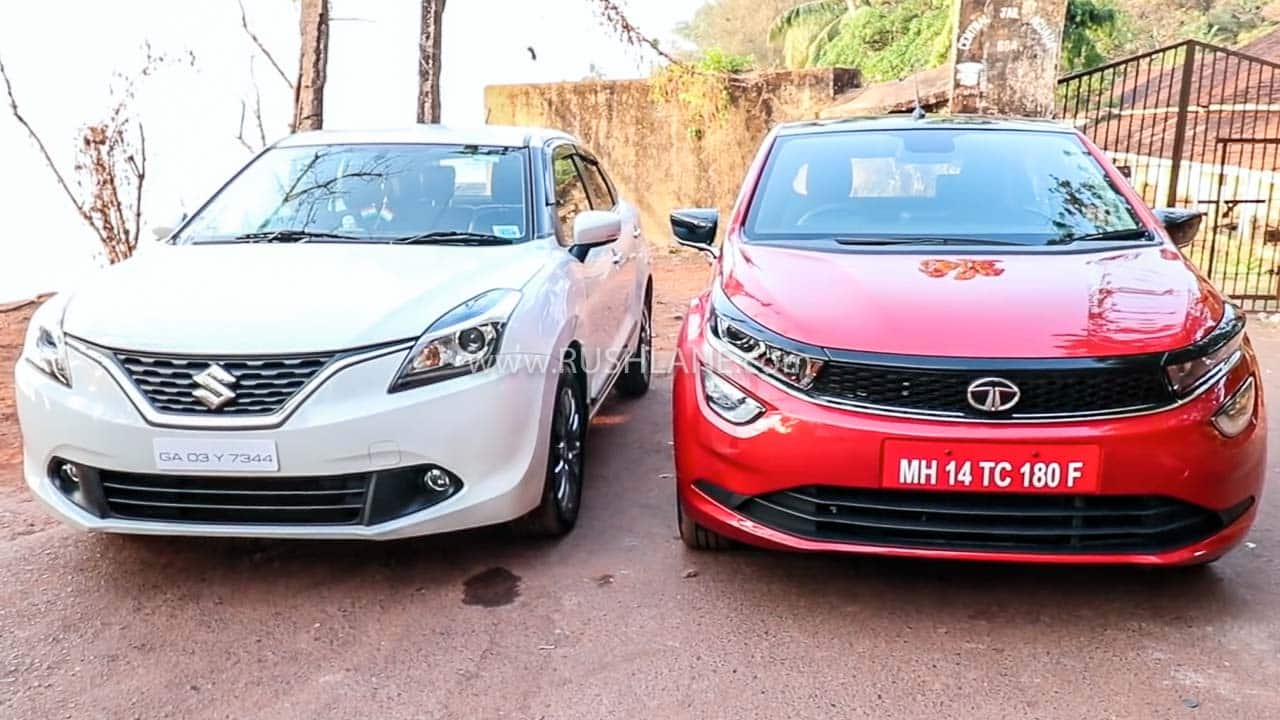 Tata Altroz will be launched next week in India. Ahead of that, it has now been compared with best selling car in segment – Maruti Baleno.

Tata Motors Altroz will launch in India on 22nd January 2020. It is pitted against the Maruti Suzuki Baleno, the Hyundai Elite i20, and the Toyota Glanza, among others in its segment. Youtube channel Ujjwal Saxena has done an exclusive detailed comparison of Maruti Baleno vs Tata Altroz.

Interiors – The video also compares the interiors of the Altroz with that of the Baleno where in it is noted that the interiors of the Altroz get more premium features of the two rivals. The Tata Altroz gets a new instrument cluster, multi function display offering easy readouts, a height adjustable driver seat, rear seats with sufficient leg and head room and foldable back rests. It also gets automatic climate controls with rear vents, power windows, smart key push button start and a 17.78cm touchscreen infotainment system from Harman with Apple CarPlay and Android Auto compatibility. The interiors are done up with mood lighting. The Tata Altroz will get some segment first features in the form of drive modes, 90 degree opening doors, automatic rain sensing wipers and a wearable key.

Maruti Suzuki also receives some attractive interiors with all black color scheme and silver inserts. It gets a large instrument cluster with a TFT screen, touchscreen infotainment system with Android Auto and Apple CarPlay and engine start stop button. In terms of boot space, the Altroz with boot space of 345 liters scores over the Baleno which has boot space of 339 storage capacity.

The launch of the Tata Altroz later this month will certainly add some serious competition to this segment and especially to rivals such as the Maruti Suzuki Baleno and Hyundai Elite i20. It is especially with its recently acquired 5 Star rating that it could take away some attention from its rivals. The Altroz has been tested for front and side impacts and received 5 star rating on both counts while it has gained a 3 star rating in child occupant protection. The India spec Baleno has not been crash tested.