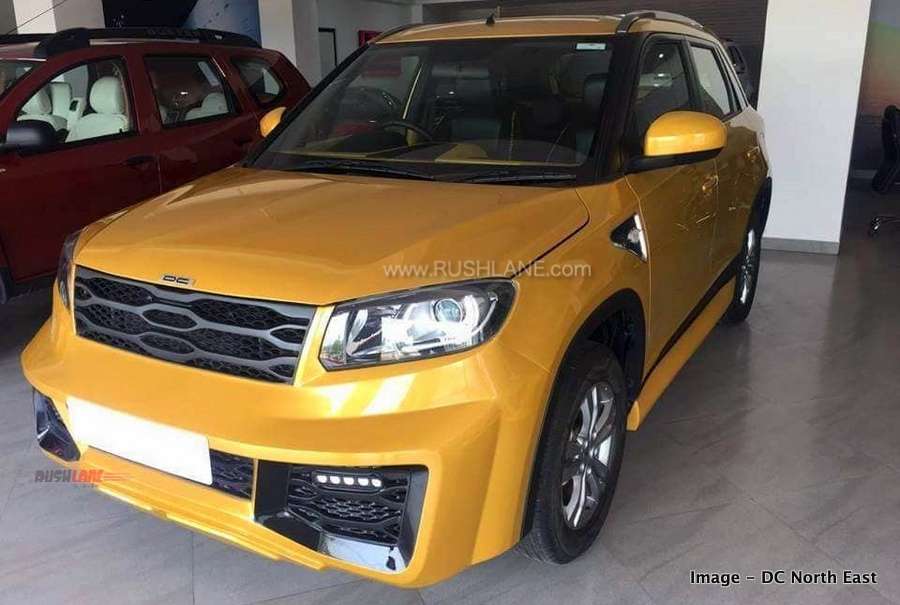 Maruti Brezza is the best selling SUV in India. Launched back in March 2016, sales of Brezza crossed the 4 lakh mark in less than 3 years of launch. This was not only a new record for Maruti Suzuki, but also for Indian auto industry. Never before an SUV had seen such huge sales in the country.

With Brezza being seen in plenty on Indian roads, there are some owners who resort to modification, in order to stand out or stay exclusive. In doing so, most of the times the end result is even more unpleasant than before. One such case is the Maruti Brezza DC Design. 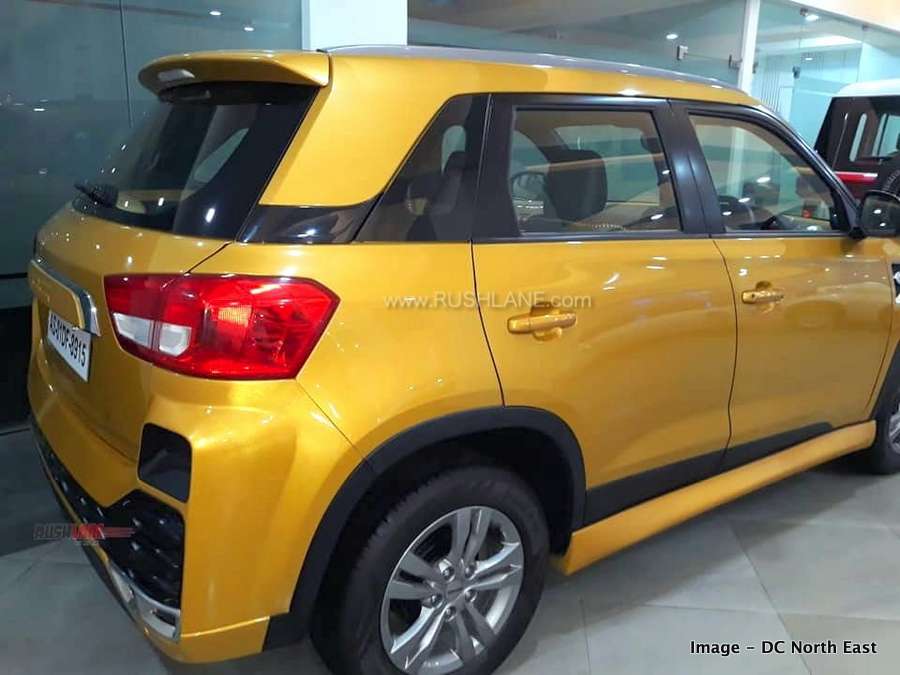 The front bumpers are beefed up, giving the Brezza’s lower half a bulkier look. Lower bumper houses black grille, instead of the fog lamps, you get LED DRLs. Side design is more or less the same, except for the side skirts and chrome casing for turn indicators. Alloys and tyres remain same as seen on the stock car. At the rear, is the new bumper, which carries forward a similar styling from the front. Except for the lower bumper and the DC logo, everything else remains same.

To match the yellow paint of outside, DC Design has finished the interiors with similar coloured yellow accents throughout the cabin. The dashboard is finished in dual tone of yellow and black. Faux wood accents can be seen around the AC vents as well as on the door trims and steering wheel. Seats are finished in black with contrast yellow stitching.

Powering the Maruti Brezza DC Design is a 1.3 liter diesel engine. This engine is rated to deliver 90 PS power and 200 Nm torque. Transmission is via 5 speed MT. Other specs also remain same as stock car.

Disclaimer – As per Supreme Court ruling, modifying car is illegal in India. If you do modify your vehicle, it needs to get certified by the RTO.