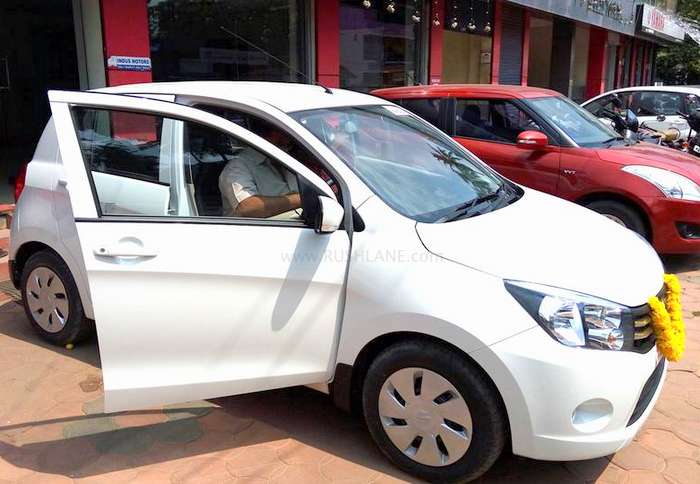 Maruti Celerio was first launched in February 2014 and since then it received its first mid cycle facelift in October 2017. It was the first Maruti car to come with AMT. Later, Celerio X variant was introduced in December 2017.

Ahead of new safety regulations coming into effect along with BS VI compliant engines, the company has now introduced the 2019 Celerio with a new set of safety features to comply with these norms.

2019 Maruti Celerio does not see any changes in terms of exterior and interior changes. It sports all the mandatory safety features. These include dual front airbags, speed warning system with a beep sound to alert the driver if exceeded beyond a certain limit, driver and co passenger seat belt reminder along with reverse parking sensors and Anti Lock Braking System (ABS).

Mr. R S Kalsi, Senior Executive Director – Marketing & Sales at Maruti Suzuki India Limited said, “We are delighted that this glorious benchmark has been achieved by Celerio. With evolved design, technology and ease of driving, Celerio has successfully won hearts of many Indian customers. It was the first car to democratize two-pedal technology and the recent upgrade in its safety features has significantly enhanced its appeal as the perfect city car. Based on customer feedback, we have continuously provided new contemporary features in Celerio to keep them delighted.”

The company has also revealed that the new Celerio will have a stronger structure in accordance with new pedestrian crash safety norms. It complies with full frontal impact along with offset frontal impact and side impact crash test norms which will be made mandatory from October 2019.

To continue to be sold in variants such as LXi, VXi and ZXi, the new Celerio will see an increase in prices by around Rs.18,000 as compared to its current model on sale. This will put prices in a range of Rs.4.39-5.56 lakhs.