Maruti Ciaz road trip to Leh, Khardung La with family – Possible? It sure is.

Dr Gagandeep Singh is an avid traveler who loves to explore. Every year, during the summer season, he makes it a point to explore the uncharted territory of Leh, Ladakh in Jammu and Kashmir. Sometimes with friends, other times on a motorcycle (he owns a Royal Enfield).

This year, Dr Singh decided to take his family along with him on the road trip to Leh. Usually for most of us, it would have been an SUV as the vehicle of choice to go on a road trip to Leh Ladakh. But, Gagandeep had different plans. 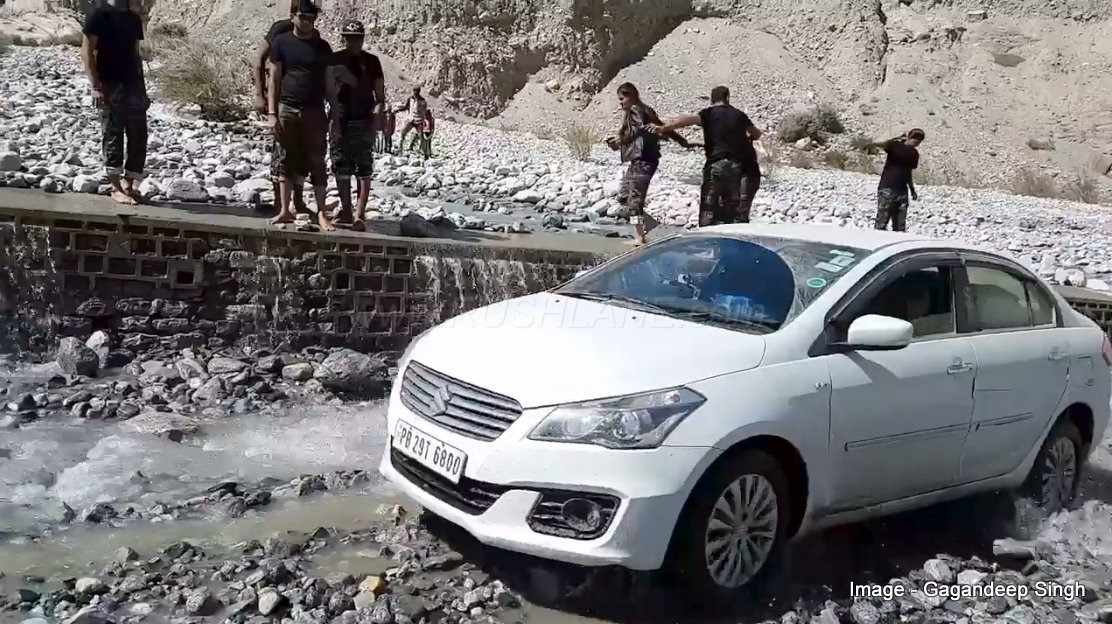 Owner of a Maruti Ciaz sedan ZXi petrol variant, Gagandeep decided that they will do the road trip in their family car and not any SUV. Starting from his hometown in Moga, Punjab, the family of four set out on a journey which very few had dared – taking a petrol family sedan, built for city, to one of the most treacherous terrain out there in the world.

The route they chose for their journey was the one via Srinagar, and not the one via Manali. This route saw them through Amritsar, Pathankot, Patnitop, Anantnag, Srinagar, Sonamarg, Kargil, Lamayuru, Leh, Khardung La, Pangong Tso, Nubra; and then returning via the dangerous Manali route through Baralacha la, Keylong, Rohtang – basically conquering the entire region in a family sedan powered by a petrol engine!

During their road trip, the Singh family drove through one of the most difficult, as well as one of the most beautiful roads out there in the world. Watch the video below where Gagandeep is driving his Maruti Ciaz petrol through a stream.

All in all, the Maruti Ciaz surprisingly survived the journey well enough. The 1.4 liter petrol engine of Maruti Ciaz delivers 91 bhp @ 6000 rpm and 130 Nm @ 4000 rpm. Below are some pictures shared by Gagandeep from his unbelievable road trip.