2018 Maruti Ciaz will officially launch in India on the 20th August. It will be offered in the same four trim levels as was seen in the pre-facelift version to include Sigma, Delta, Zeta and Alpha.

Ahead of launch, new details have been leaked about an interesting new feature that will be on offer with the new Ciaz. This is called Speed Alert Safety System. Seen for the first time in a Maruti car, this new system is already seen in high-end cars. 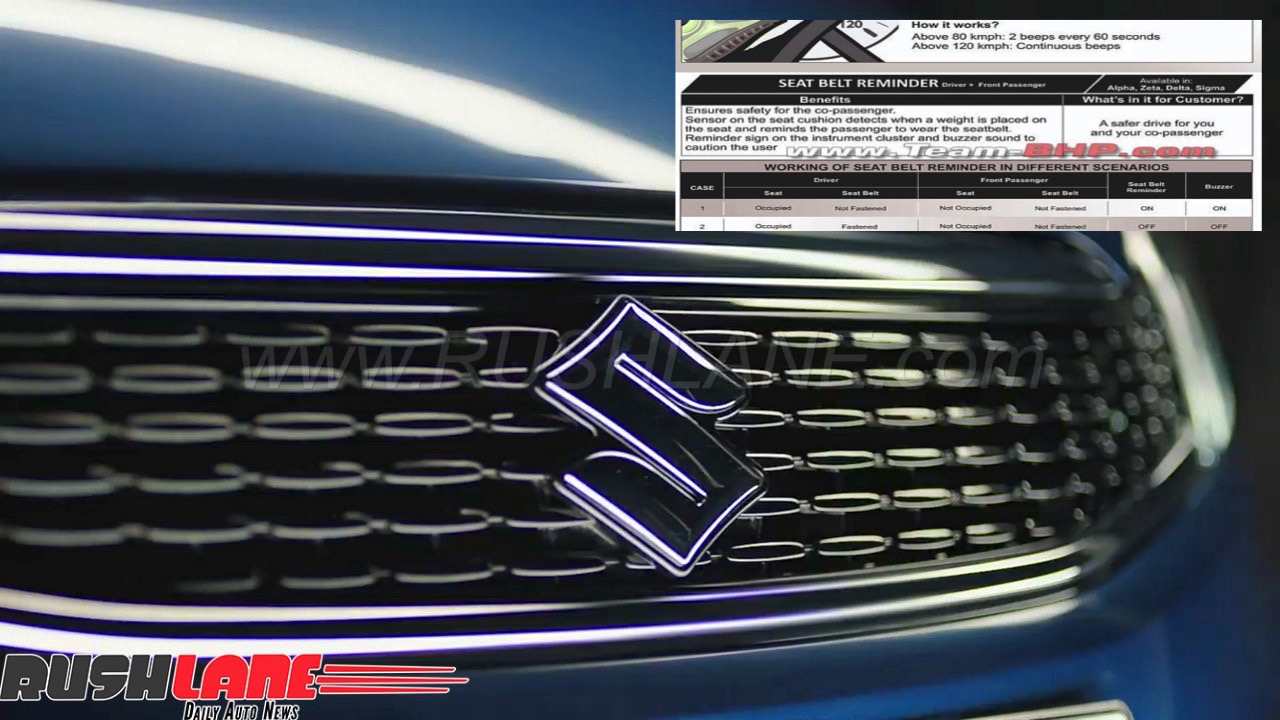 Thanks to the leaked brochure image, which reveals how this new safety system functions. With most of our roads having speed limit of 80 kmph, the new Safety alert System will making beeping sound twice once the driver crosses 80 kmph. With no roads in India allowing speed over 120 kmph, the system will beep continuously once you cross 120 kmph, thereby virtually forcing the driver to reduce the speed.

In addition to these, there is also the seat belt reminder option, which is on offer with all four variants of new Ciaz. Below is the full image which explains how these new safety features function. 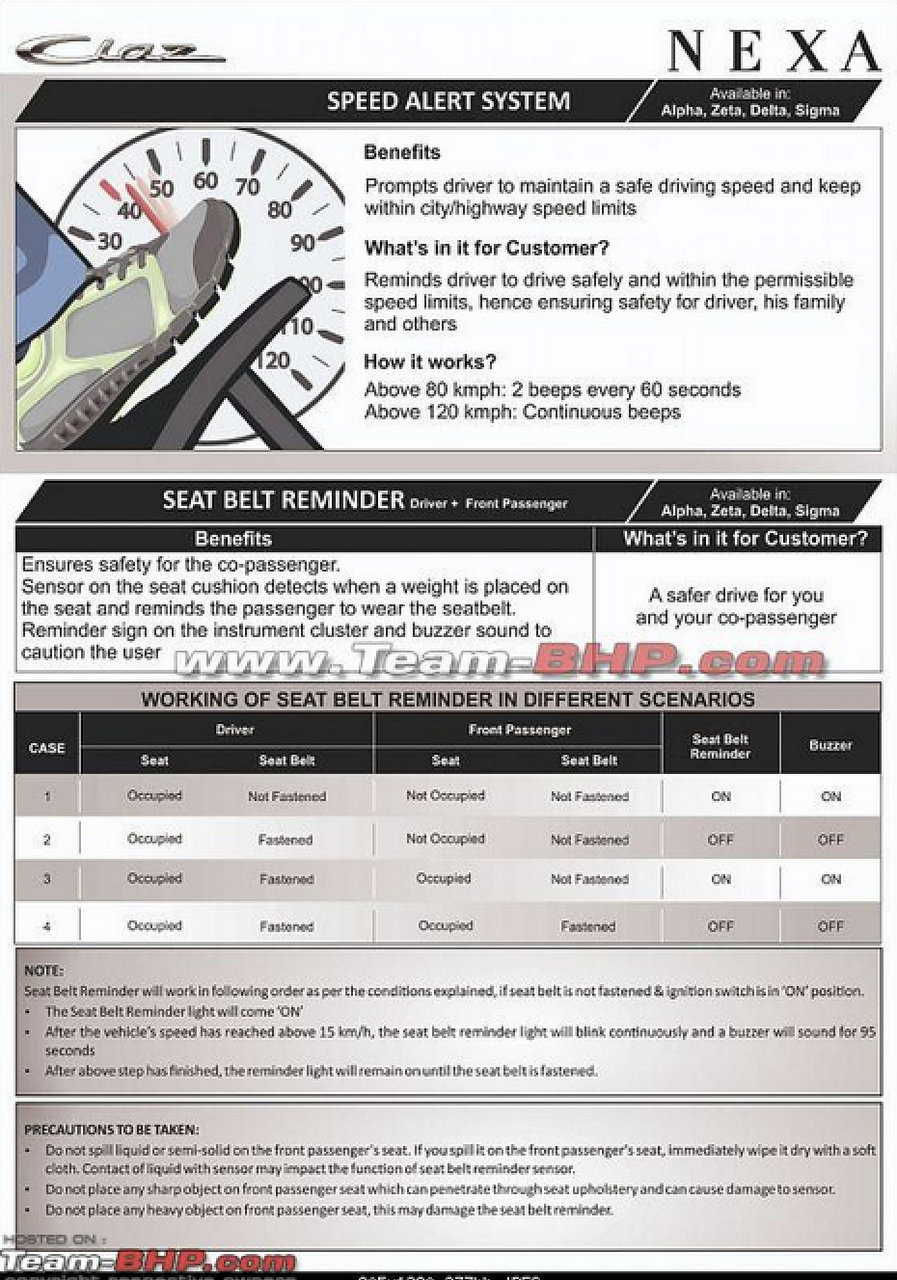 Apart from the above mentioned safety features, new Ciaz also gets dual airbags and ABS as standard on all variants. Bookings of the new Ciaz facelift have commenced at all NEXA dealerships at a down payment of Rs 11,000. Once launched, the new Ciaz will compete against the Honda City, Hyundai Verna and recently launched Toyota Yaris.