A strong competitor to the Honda Amaze, Maruti Suzuki DZire is now being offered at discounts upto Rs 57,500 this festive season. These festive offers include cash discounts to the extent of Rs 27,500 along with exchange bonus upto Rs 30,000.

This is the first time that the new Maruti Dzire is being offered at discount ever since it was launched last year. Until now Maruti felt no need to offer discounts. But since the launch of new Amaze, things have changed. Discount offers of up to Rs 57k have been announced on all variants across India. 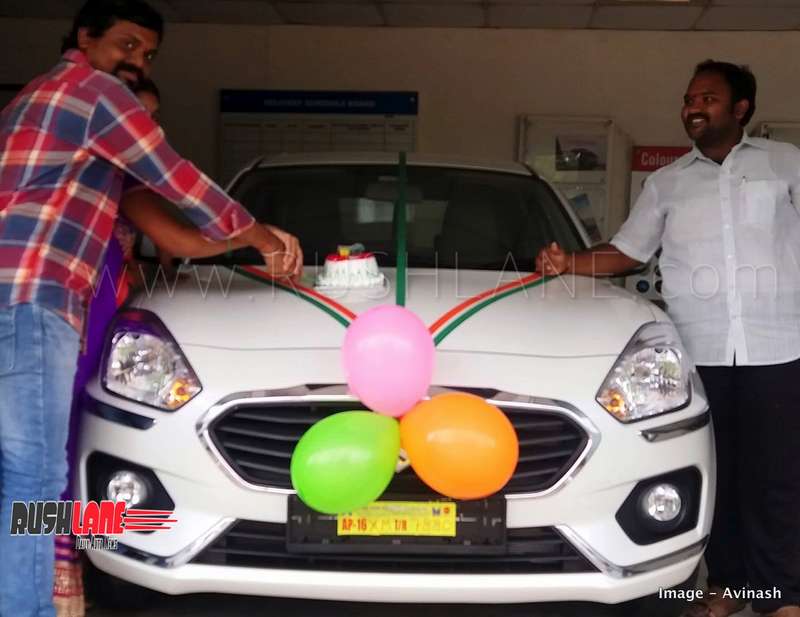 Maruti DZire compact sedan has been a leader in its segment ever since it was launched. It has scaled the sales charts taking over competition from the Honda Amaze and Hyundai Xcent. Apart from its most recent success, it has been a winner in its segment for the past decade. In its 9 years of existence, a total of 1.38 million units have been sold averaging to nearly 13,000 units per month.

Maruti DZire is regaled for its spacious cabin and efficient engine lineup. Apart from appealing to buyers as a family car, it is also a popular vehicle to be used as a passenger vehicle and by tour operators. The DZire is priced from Rs 5.45 lakhs going up to Rs 11.21 lakhs for the top of the line variant. It is presented with petrol and diesel engine options and is a highly fuel efficient vehicle due to which it is also favoured by tour operators.

Engine specifications on the Maruti Suzuki DZire include a 1.2 liter petrol engine offering 82 bhp power and 11Nm torque. The 1.3 liter diesel engine is capable of 73 bhp power and 189 Nm torque with both engines getting mated to a 5 speed manual or AMT. The two engines offer mileage of 22 kmpl and 28 kmpl respectively.