Fourth-generation Suzuki Jimny was unveiled back in June 2018. It instantly became a topic of interest in the global automotive community. In India, car enthusiasts were equally excited since Jimny was essentially a successor to Maruti Gypsy (second-gen Jimny). This compact off-roader was showcased for the first time in India at Auto Expo 2020 in early-February.

News about Jimny’s Indian debut has taken multiple forms over the months and many have started ignoring it as a missed opportunity for Maruti Suzuki. Meanwhile, countries which have got Jimny see interest in customising it into the latest-gen Mercedes-Benz G Class aka G-Wagen (Gelandewagen). Here’s one such example from Japan, dubbed as AEROOVER G 62. 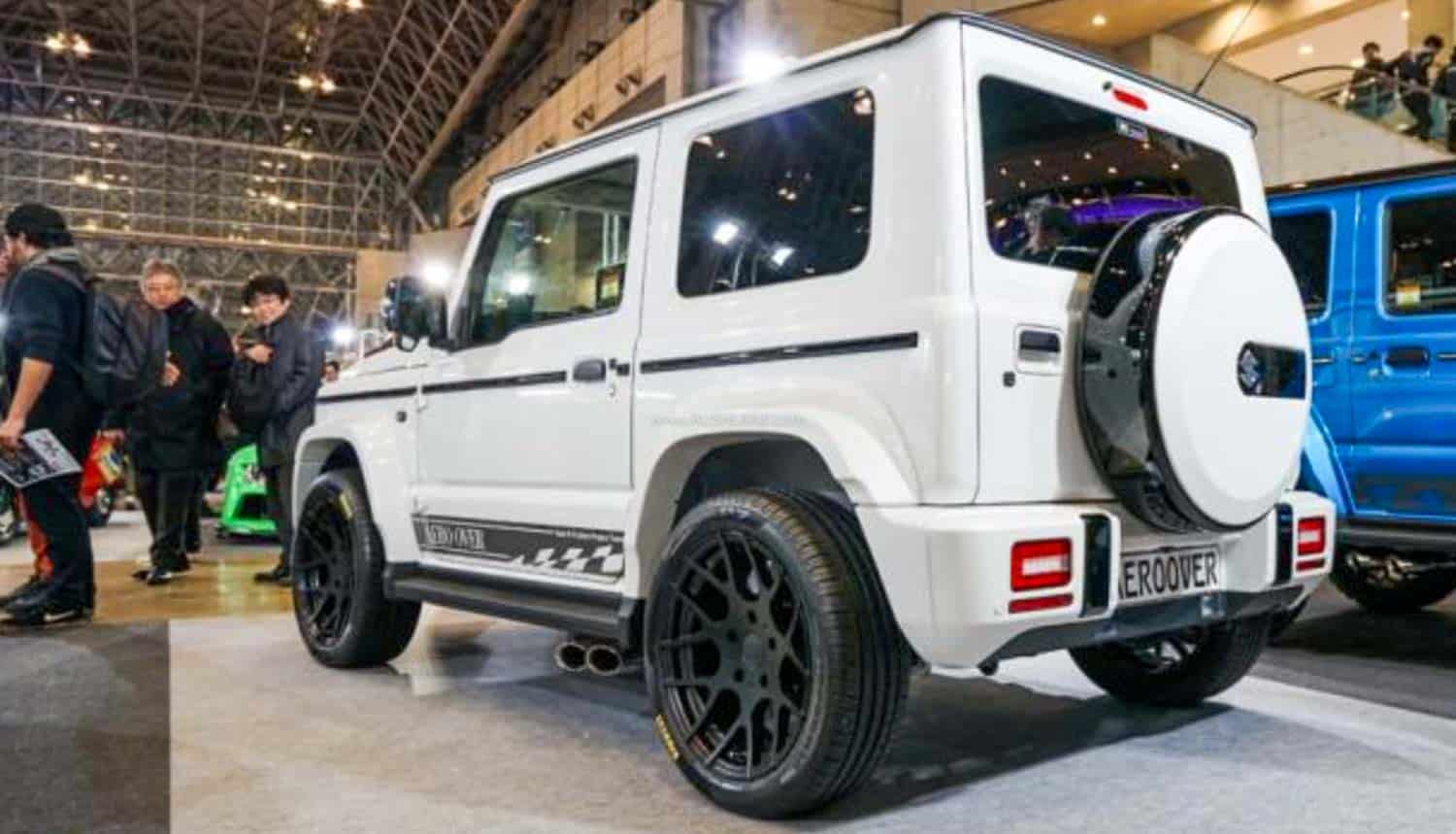 Suzuki Jimny in its original format itself is a brilliant package. The compact dimensions, high ground clearance and all-wheel-drive powertrain make it an excellent choice to go over challenging terrain or to find parking space during a grocery run. Meanwhile, changing the vehicle’s body panels to make it look like bigger and more expensive Mercedes-Benz G Class has become a trend that is spreading like wildfire.

Coming to AEROOVER G 62, the modders have not removed ‘S’ badging for the three-pointed star. Rest of the visual components are evidently ‘inspired’ by G-Wagen. This includes grille design (which is placed in the same compartment as stock Jimny), bumpers, side-steps, black beading that runs across either side, rear taillamp assembly, spare wheel cover design. Even side-exit exhaust are like that on G 63 AMG. 18-inch aftermarket wheels may not be recommended for off-road use. 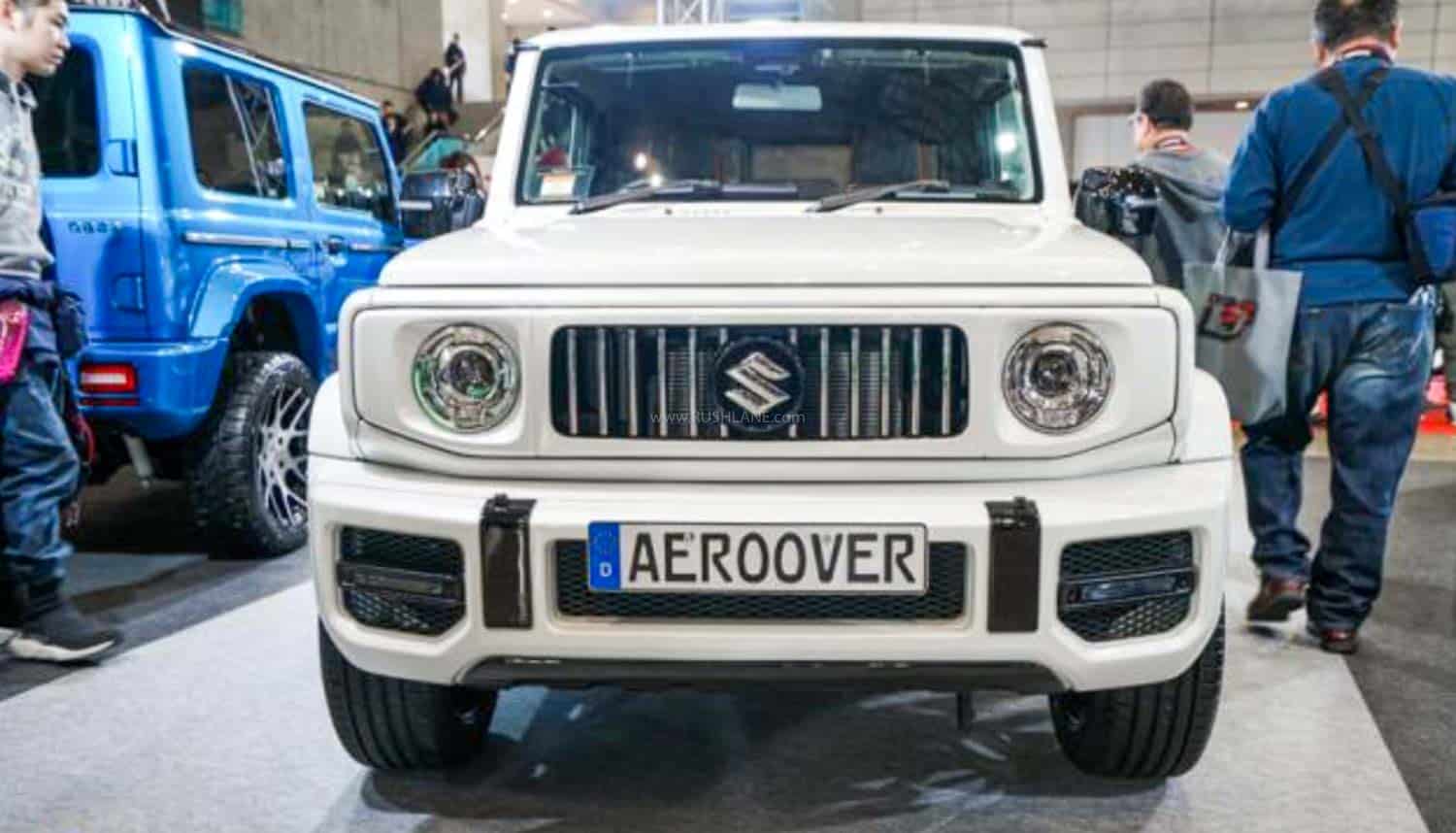 Still, AEROOVER G 62 is a commendable effort. There is a market for Jimny-to-G-Wagen conversions and in that regard, this is a decent product. Since the vehicle is trying to be something which it isn’t (or in other words, an ‘upbadge’), G 62 may not be well-received among hardcore G-Wagen fans or even Jimny enthusiasts.

In international market, Suzuki Jimny comes in two formats: standard and Sierra (the one you see here). Jimny base variant gets 660cc turbocharged three-cylinder motor that makes a humble 64bhp and 95Nm. Higher variant gets 1.5-litre NA four-cylinder petrol mill, which is good for 101bhp and 138Nm of torque. Transmission choices include either a five-speed manual or four-speed torque-converter that sends power to all four wheels via Suzuki’s Allgrip Pro 4×4 system.