Maruti car sales have failed to register expected growth in the past 8 months. This despite of launching new generation WagonR, Baleno facelift and new Ignis. Of the three, the first two were expected to bring a boost in sales. But that has not happened.

As Maruti Suzuki prepares for FY end, the company has already embarked on planned production slowdown to keep the momentum in a market that’s been sceptical about purchases, and also streamline growing dealership stock. While current market situations are difficult to get an upper-hand on, Maruti has set its sight firmly on future course of action. 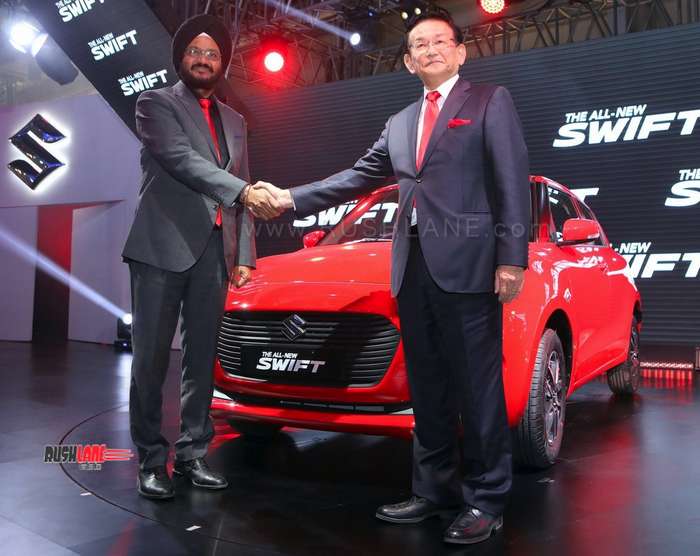 Following the Toyota and Suzuki MoU dated February 6, 2017 both companies have been exploring to act upon a business partnership that encompasses EV, safety, and information tech, and mutual supply of products and components. Now the Board of Directors of MSIL have approved the use of Toyota Hybrid System (THS) in future Maruti products in making a mark in clean tech in mass market cars, and aid in sustainable development of Indian Automotive Industry.

Vitara Brezza manufacturing at the Toyota Kirloskar Motor Pvt. Ltd. (TKM) plant will begin in 2022. A judicious financial decision as it does away with having to invest in a new plant. Vitara Brezza variants will be sold through MSIL and TKM sales network. Once supply of the Maruti Baleno derivative to TKM gets underway, it will result in incremental sales for Maruti Suzuki.

The company has also announced the reappointment of Kenichi Ayukawa as Managing Director and CEO of MSIL for a period of 3 (three) years wef 1st April, 2019. His first stint at the helm of MSIL had been initiated on March 15, 2013. His hiring is crucial in as the company, and Indian auto industry brace for regulatory changes to be mandated in 2020.

In his previous tenure, Ayukawa led the company in tough times through labour issues, and saw the company improve sales volumes, attain market share majority, and lay out strong paths that are still showing results. At the time he presided previously, the Maruti Ciaz, Vitara Brezza SUV, Baleno hatch, WagonR re-launch were realised. Next big launch under his leadership is that of new generation Alto – the best selling car of India for 13 consecutive years.