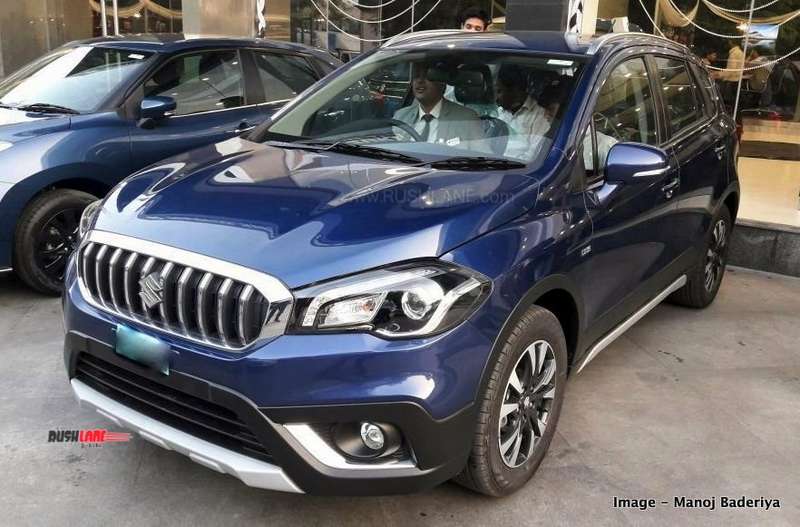 Originally launched with two engine options of 1.3 liter and 1.6 liter, S Cross is only offered with a 1.3 liter diesel engine today. And this engine too is going to be axed soon. Probably it is this effect which has resulted in declining of S Cross sales in India.

For the year 2019, Maruti S Cross sales have declined for every month. It registered its highest decline last month, in May 2019. When sales declined to 1,507 units as against 4,610 units sold in May 2018. This was a decline by over 3,100 units for YoY, resulting in a over 67% decline. Not only this was also the lowest sales registered by Maruti S Cross in 2019, but in more than 2 years.

Apart from the S Cross, Maruti also sells Brezza in the UV segment. Sales of Brezza too have declined by a massive 44%. From selling over 15k units in May 2018, sales of Brezza for May 2019 stood at a little under 9k units. Maruti has registered a sales decline across the entire range of cars they offer. Total sales have declined by 24% in the domestic market. This is the highest decline Maruti has posted in many years.

Maruti plans to launch a couple of new cars to bounce back from declining sales. One of them is the S Cross petrol. The motor in consideration is the K15B smart hybrid petrol engine which had recently made its debut with the Maruti Ciaz and new gen Ertiga. The 1.5 litre engine produces a healthy 105 PS and 138 Nm of torque.

Currently, S-Cross is the most expensive crossover from Maruti’s stable. It was launched way back in 2015, however it didn’t get the expected response from customers. Later, a facelift accompanied with a reduction in price tag helped the automaker to clock around 4K sales per month, which is a good number in its segment. But as you can see in the table above, this number has steadily declining.

Once launched, the 1.5 litre K15B will be the first petrol motor which will ever get featured on the S-Cross in the country. The petrol S-Cross could undercut the Creta significantly in price, probably by a margin of around Rs 2 lakh. Currently, Creta’s petrol base model is priced at Rs 10 lakhs, ex-showroom Delhi. The base model of petrol powered S-Cross is expected to be priced around INR 8 lakh which will make it considerably cheaper than the segment leader – Creta.

Despite its higher price, Creta has been clocking around 10k units per month and is currently the best-selling SUVs in the country. The launch of the petrol S-Cross is expected to take place in the second half of 2019 and could help the crossover achieve additional 1,500 – 2,000 units.