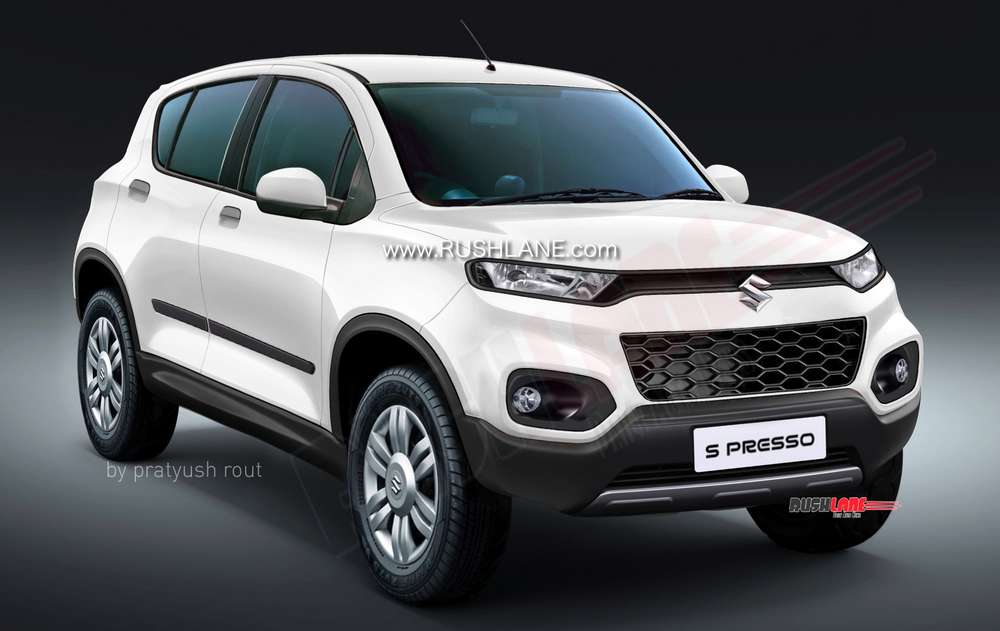 Maruti S-Presso, the spiritual successor to the Maruti Alto, has started testing in public with heavy camouflage. The all-new hatchback which squarely targets the Renault Kwid is widely expected to be a make a great impact in the Indian small car segment which has been shrinking gradually.

The S-Presso is essentially the production version of the Future-S Concept which was showcased at the previous edition of Auto Expo. It is not surprising that Maruti opted for a crossover-ish styling for its new small car given how well the Indian audience received the Renault Kwid.

Here is a speculative rendering of the Maruti S-Presso created by our design specialist Pratyush Rout. The rendering uses the design elements of Future-S and shape of the test mule as references. So, it is reasonably close to the real deal although finer elements such as shape of headlamps and grille may vary. 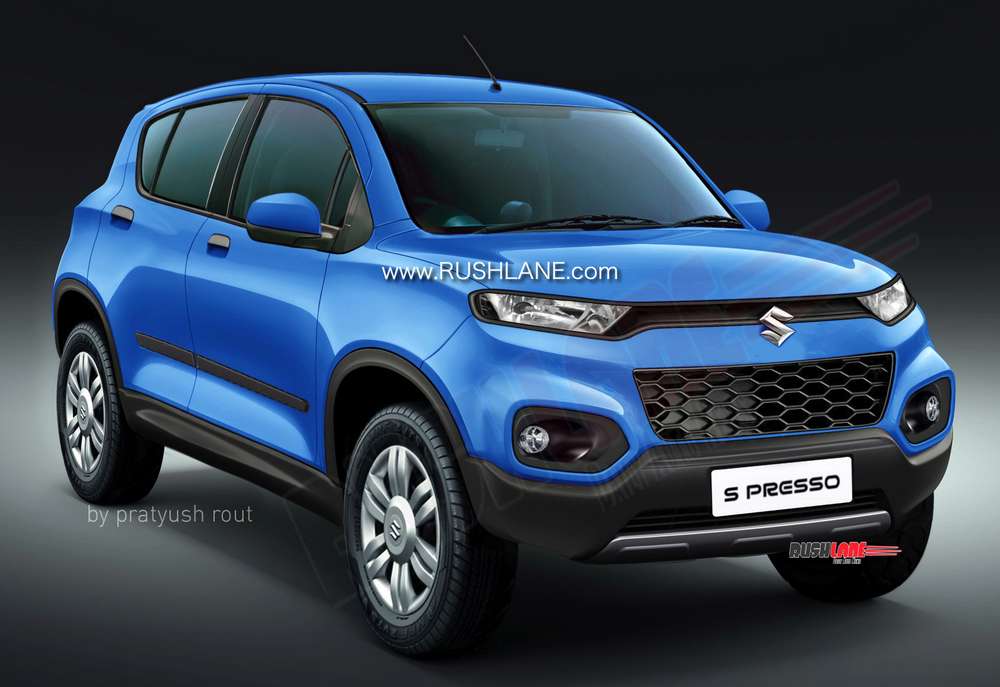 To be positioned as a high-riding alternative to the likes of Maruti Wagon R and Celerio, the S-Presso will be built to an aggressive cost target. The new Maruti small car appears to offer generous interior room and yet maintain a compact footprint.

The micro crossover will receive high-mounted headlamps, a slot for a grille, a larger secondary airdam, and prominent black cladding on the bumper. The profile will be characterized by a high waistline, a near flat roofline and a thick C-pillar. Going by the prototype, the S-Presso will be equipped with small wheels in the interest of fuel economy.

We expect the upcoming Maruti hatchback to feature a fresh dashboard layout with several familiar bits such as steering wheel. Top-end variants are likely to offer touchscreen infotainment system and several other goodies.

Based on Suzuki’s modular Heartect platform, the S-Presso will be compliant with the upcoming crash test and emission regulations. The vehicle is being developed completely in-house by Maruti and is likely to be powered by a 1.0-liter three cylinder petrol engine. Both manual gearbox and AMT will be on offer.

Estimated to be priced well under INR 5 lakh, the Maruti S-Presso is expected to generate a lot of volume not only for Maruti Suzuki but also for the small car segment.