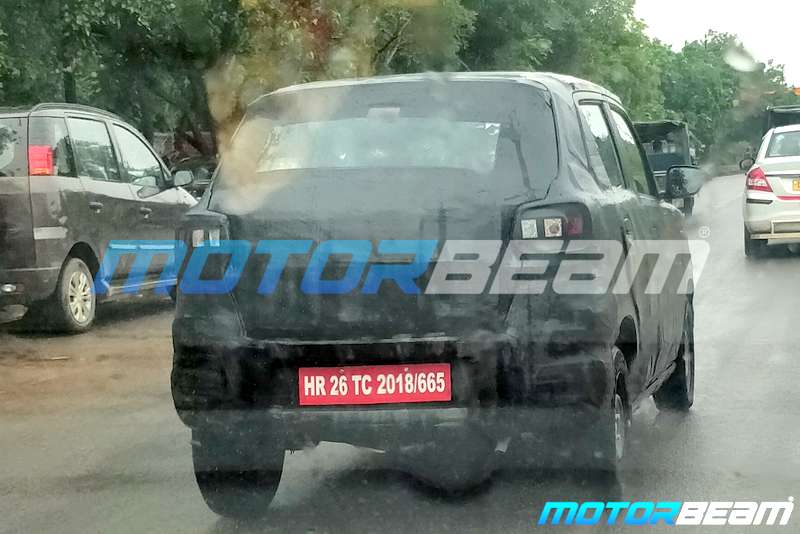 Maruti Suzuki India Limited is gearing up for the launch of a new small SUV, christened as the S Presso. This is the second car from Maruti in India, which will use the ‘S’ prefix. The first being S-Cross. New Maruti S Presso was first showcased as the Future S-Concept at the 2018 Auto Expo.

Recently, the small SUV styled car was spotted wearing production ready tail lights. Spy shots of the micro SUV while on test have revealed certain design aspect one can expect to see on the S-Presso. The rear profile spy shots gives an idea about the design format this car will be carrying. It will be largely based on the Future-S concept. 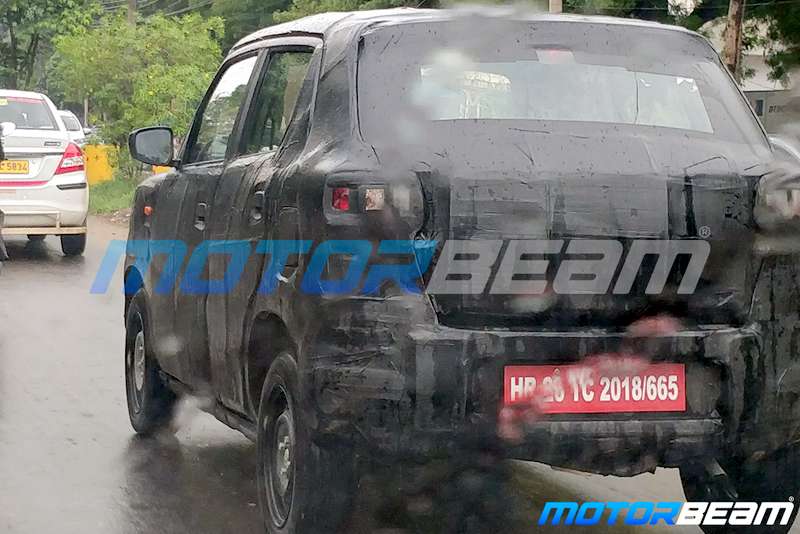 Maruti Suzuki S-Presso features an upright front fascia, short bonnet, tall pillars and raked front and rear windshields. It gets wrap around headlamps, LED lamps and rectangular rail lamps. It will be the first car in the segment to be presented in a dual tone colour scheme, which enhances its sporty stance.

The model on test sported regular steel wheels. But there is a possibility that the top variants option pack may offer alloy wheels. Infotainment will be via a touchscreen system with SmartPlay Studio unit which was seen on the recently introduced WagonR. Given the fact that stringent safety norms are mandatory in India, the S-Presso will get dual airbags, rear parking sensors, seat belt reminder and ABS as standard.

2020 Maruti S Presso will be powered by a BS VI compliant 1.0 liter, 3 cylinder, petrol that will offer 69hp power and 90Nm of torque mated to manual and AMT transmission options. It will be positioned between the Alto and the WagonR range.

New S Presso is aimed at first time car buyers in the country. It will be sold via Arena outlets and will rival the Renault Kwid, Datsun Redi-Go and the Mahindra KUV100; with prices set to commence from Rs.4 lakhs. Its launch later this year is expected to give a big boost to company sales which have been sluggish over the past many months.