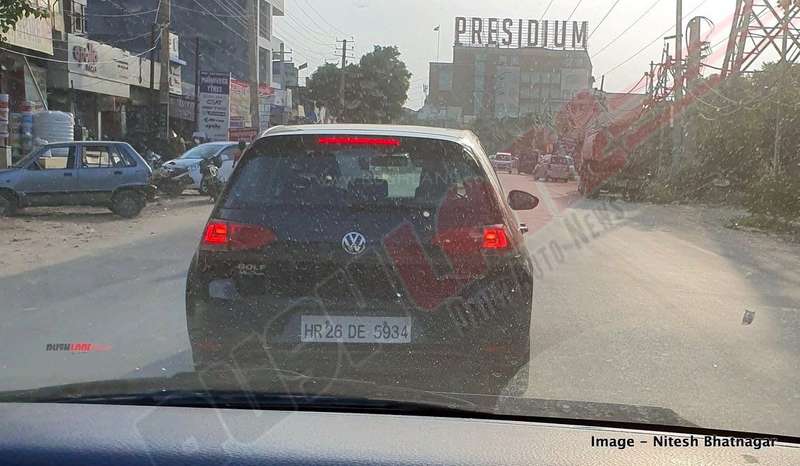 For those who’ve been keen about Volkswagen Golf in India, no, launch isn’t anywhere near even though the vehicle has been spied testing. As it stands, the test mule is being tested by Maruti Suzuki India Limited. That’s most likely cause Maruti is gathering gainful data as it works towards a new diesel engine in the future.

The test mule was spotted first by automotive enthusiast Nitesh Bhatnagar. For the longest time, Maruti Suzuki has enjoyed favour with a triumphantly large market share in India. And, no doubt it’s market share in the diesel vehicles category has been as favourable. For years, Maruti has been sourcing its 1.3-litre diesel engine from Fiat.

However, with BSVI norms mandated from April 1, 2020, this particular engine is no longer a viable option to be carried forward into a clean future. This is owing to input costs to upgrade the motor to make it compatible.

No, while there was a blanket statement a few months earlier wherein the possibility of a diesel line-up from Maruti seemed to be a distant memory. This was attributed to the cost factor. New BSVI diesel engines would increase vehicle costs considerably, and MSIL would lose its value proposition as an affordable brand.

So, despite the newly developed 1.5l engine retained, MSIL would certainly need to explore other avenues to expand its diesel line-up. Indian auto industry stands at the cusp of confusion, wherein from single focus on BSVI compliancy, there’s now overarched focus on CNG, clean fuels, electric vehicles, and whatever else can be drummed up.

In a recent interview with CNBC, Maruti Suzuki Chairman, R C Bhargava revealed that the company is not keen on launching diesel BS6 engines in India this fiscal or the next. They will wait for a year, to see how the diesel BS6 fuel is available and the future norms to be announced by govt. After that, if there is demand for diesel cars, Maruti will launch diesel BS6 engine powered cars – maybe by 2021 end.