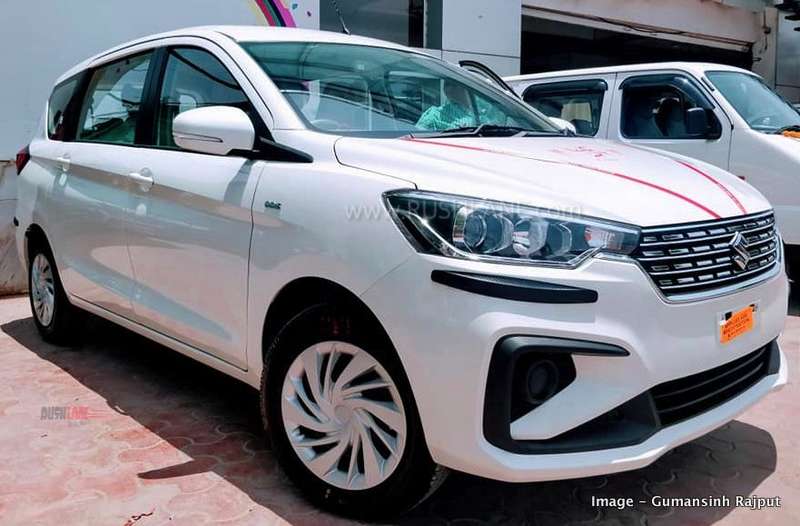 Maruti Suzuki India has announced today that their UV sales have crossed the milestone of 10 lakh units. This is a new record of UV sales registered by the company. Maruti UV’s on offer are – Brezza compact SUV, Ertiga MPV and the S Cross SUV. Together, sales of these three cars have crossed the 10 lakh mark in India.

Of the three, it was the Ertiga which was first launched in India, back in 2012. The second UV to be launched by the company was the S Cross in 2015. It became the first car to go on sale via the company’s NEXA dealership network.

The third UV to be launched by Maruti, is the Brezza sub 4m SUV. It was launched in 2016, and is also the highest selling UV of the three. Just last month, sales of the Brezza SUV hit the 4.5 lakh mark. Ertiga is 2nd best seller, while S Cross is third on the list. Maruti has now launched their 4th UV, which is the XL6. It is now on sale via Nexa. 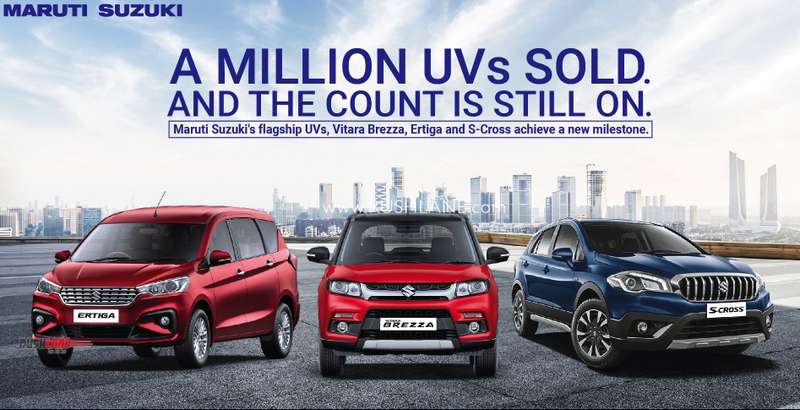 The UV segment is growing fast and we bring out products that match and compliment customer’s demand. Our offerings in the utility vehicle segment – Vitara Brezza, S-Cross and Ertiga, are aimed to tap the dynamic needs of our consumers.

The recently launched XL6 reflects aspirations of urban individuals. We will continue to boost our relationship with customers by focusing to create products for them that are best in-class in quality, features and technology.”

Thanks to the record sales of their 3 UVs – Maruti Suzuki has topped the chart of utility vehicle sales, by registering a market share of 25.46% during first four months of FY 2019-20.

Maruti Suzuki India Limited, leading automakers in the country, have been contending with lower sales month after month. In July 2019, sales dipped 36 percent to 94,478 units while the month of August 2019 was no different. Total sales in the past month were reported at 93,173 units making it the second month in a row that sales have been in the sub 1 lakh unit mark.