Maruti Suzuki India Limited launched the new 2019 WagonR in India last month. At the time of launch, Maruti was expected to launch a CNG variant as well. But that did not happen, and only petrol engine variant were launched.

New 2019 Maruti WagonR is currently on offer with two petrol engine options. One is 1.0 liter 3 cylinder engine, which also powered the old WagonR, and the other is 1.2 liter petrol 4 cylinder, which also powers the Swift and Dzire. This engine delivers 83 PS power and 113 Nm torque mated to a 5 speed manual or 5 speed AMT. 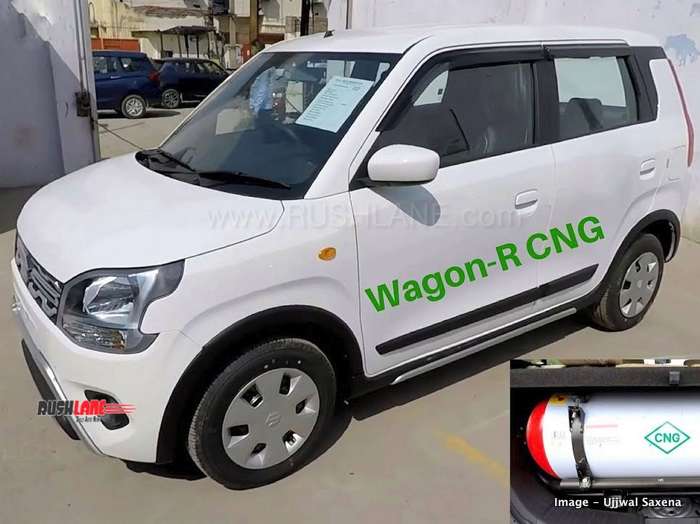 The base variant LXi and LXi (O) are powered by 1.0 liter petrol engine, while the mid and top variants are offered with 1.2 liter petrol engine. As per Ujjwal Saxena, it is the base variants which will get the CNG option, and not mid and top variants. When asked, what will be the price, he stated that he cannot disclose the exact price before launch. But he did confirm price range will be in the region of Rs 4.8 lakhs to Rs 4.92 lakhs, ex-showroom.

On board the WagonR CNG, buyers will be able to chose from three colour options – White, Silver and Grey. Only manual transmission will be on offer with WagonR CNG. No AMT option will be on offer. Launch is expected to take place in the coming days. Watch the detailed video about WagonR CNG below.

Just like the petrol variant, the CNG variant is also based on the 5th generation Heartect platform. It receives increased dimensions, resulting in added interior space. New features such as updated headlamps, new front grille, new bumpers and fog lamps made their way onto the exteriors of the WagonR while interiors also received a fair share of updates with a new dashboard design. Features list will be same as petrol LXi and LXi (O) variants.

Apart from the regular WagonR and the CNG option, electric version of the WagonR is also under development and is expected to be launched sometime next year. Maruti WagonR electric has been spied testing on Indian roads. The electric WagonR could be heading to the 2020 Auto Expo for launch. It is slated to come in priced between Rs.7-8 lakhs, which will include subsidies provided to all electric hybrid vehicles under the FAME scheme. The Maruti Suzuki WagonR electric is expected to offer a range of 200 kms on a single charge and come with fast charging feature.