Maruti Suzuki India Limited (MSIL) has been testing its very first mass-production electric vehicle on Indian roads for quite some time. Supposedly dubbed ‘XL5 EV’, the Indian automaker’s affordable EV is based on the popular tallboy hatchback, Maruti Suzuki WagonR. Over the months we have shared multiple spy shots of the upcoming Maruti WagonR Electric.

Presently, the Indian automotive market has only three desirable electric vehicles among four-wheelers: Hyundai Kona, MG ZS EV and Tata Nexon EV. Mahindra Electric is almost at the final stages of its eXUV300 or XUV300 Electric project. A direct rival to Tata Motors’ successful Nexon EV, the upcoming Mahindra eXUV300 was spied a few times over the months. The company had showcased the same as a concept at Auto Expo 2020 (held in early February).

The Government of India is actively pushing EVs and other eco-friendly modes of transportation. In fact, the Delhi government has announced incentives up to Rs 1.5 lakh for new EV registrations in the capital city. Still, it appears that electric powertrains have the highest potential (in the present scenario) in the country’s wide scooter segment — read more. 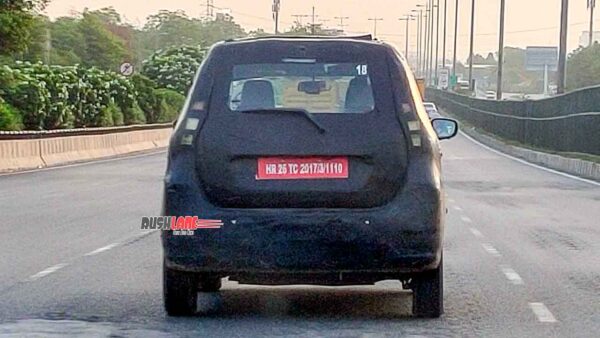 Automotive enthusiast Ambuj Sahai shares with us a few shots of a heavily camouflaged WagonR Electric test mule doing runs in Gurgaon, near Maruti Suzuki India Limited’s manufacturing facility. As one can observe, the test mule does not have any obvious characteristics of an EV but is unmistakably a WagonR.

Ambuj shared a few observations he made – “There was no exhaust pipe seen on the vehicle and a lower platform was visible meant to keep the batteries. It had 14inch alloy wheels, ORVM with integrated indicators and rest exterior things that looked similar to the model on sale. It might get full LED tail lights.”

At this point, it could even be a premium version of the hatchback like how the Stingray was to the pre-2017MY WagonR. Meanwhile, the ‘XL5’ tag would bring it in line with the popular ‘Maruti Suzuki NEXA’ crossover MPV, XL6. Yet chances of this being an electric vehicle are not bleak either. 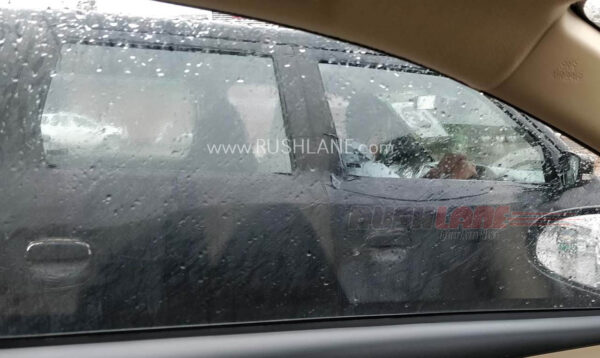 It is worth mentioning that Maruti Suzuki had imported a batch of sixth-gen Suzuki WagonR Electric and Suzuki Solio units for various testing purposes. The Suzuki Solio is essentially a bigger mini MPV based on the WagonR platform. Back then, it was thought to become the base of a 7-seater WagonR model.

Multiple sources suggest that the new WagonR Electric will initially arrive as a ‘Tour’ (cab) model to become an alternative to the brand’s BS6 petrol-CNG line. Once launched sometime next year, it could even be the most affordable electric vehicle on our market. Prices are expected to start at roughly Rs 8 lakh but it is still too early to comment on the same. Sales would be limited to select cities where EVs have proved to be desirable.