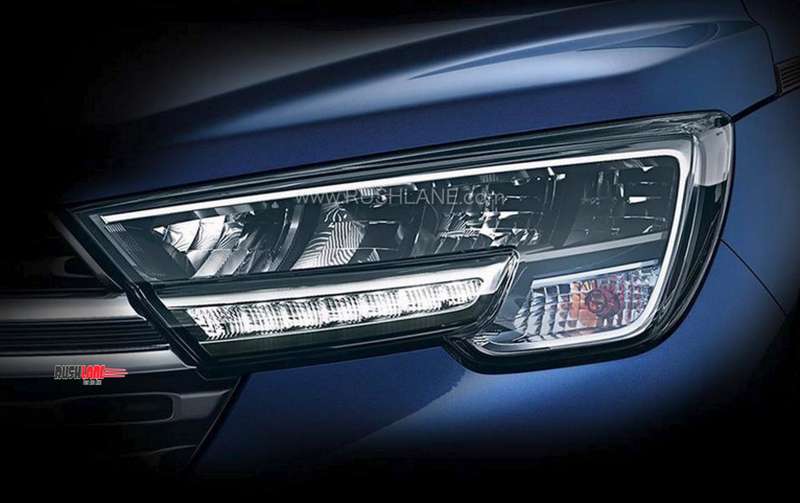 Maruti is all set to launch its premium MPV, the XL6 on 21st August 2019. Ahead of the launch, the largest Indian automaker has released more teasers of the MPV which reveal additional details about the interiors of the car.

The car shares a lot with the Ertiga, which is as per expectations. The dashboard looks similar to the 2018 Ertiga which is currently on sale however it additionally gets some piano black inserts and some aluminum finish bits.

The XL6 also gets Maruti’s SmartPlay Studio infotainment unit which is currently missing from the standard Ertiga. Other noticeable difference is the all-black theme on the inside, which is in contrast with the beige-heavy interiors of the Ertiga. Watch the new teaser video of Maruti XL6 below.

The teaser images also showcase how the 6-seater layout will be in the car. Unlike the Ertiga which gets a bench in the second row, the XL6 comes packed with 2 captain seats with armrests in the middle row. To add to the premium feel, Maruti will be offering leather upholstery instead of the fabric one which is available on the regular Ertiga.

Maruti will launch the XL6 only with a 1.5 litre petrol motor. Customers will have an option to choose between a 5-speed manual transmission (MT) or a 4-speed torque converter (AT) unit. Maruti’s mild hybrid system, known as SHVS Smart Hybrid system will also be present, which will help the car with increased fuel efficiency figures and overall performance.

The car will be retailed via Nexa outlets, which are relatively more premium than Maruti’s Arena dealerships. It will also help the company to distance the car away from the standard Ertiga, upon which the XL6 is actually based upon. Unlike most Nexa models, the XL6 will be retailed only in 2 variants, namely Alpha & Zeta. This could be a move by the Sales Planning team to cut down on the inventory cost of the dealerships and the OEM, especially considering the relatively tight market situation.

The XL6 is expected to be priced around the INR 12 lakh mark. Once launched, the MPV will compete for buyers with the likes of Mahindra Marazzo, Renault Lodgy, and other buyers looking for a SUV / crossover with a little additional space.