RUSHLANEDAILY AUTO NEWS
HomeCar NewsMaruti XL6 will not use Ertiga branding - To take on Mahindra...

It has been revealed that the XL6, basically a more premium 6-seater Ertiga will be launched in the country on 21st August, 2019. The people carrier will be positioned as a premium product and hence Maruti will be retailing it via the Nexa dealership channel.

The XL6 is based on the standard Ertiga which had witnessed a full-fledged update last year. Mechanically, there won’t be a lot of differences between the two models however Maruti has worked upon ensuring that the XL6 looks and feels superior to the Ertiga.

The front of the upcoming MPV will be significantly different from its regular counterpart. It will feature a much bolder grille, larger bumpers and LED headlamps. It will also get body cladding all across and a faux skid plate. Below is the video by Youtube channel Auto Vikings.

Spy video above was shot in Gujarat. It suggests that the MPV will have a slightly raised ride height though there is no official confirmation at the moment. Except the above-mentioned cosmetic changes, most body panels like doors/tailgate etc. will be shared with the regular Ertiga.

On the inside, Maruti is expected to bring in an all-black cabin to add to the premium feel of the MPV. As far as seating is concerned, as the moniker suggests, it will have 6 seats while the highlight will be 2 captain seats in the second row. To add to the premium quotient, Maruti’s latest Smart Play Studio infotainment unit is also expected to be featured in the car. 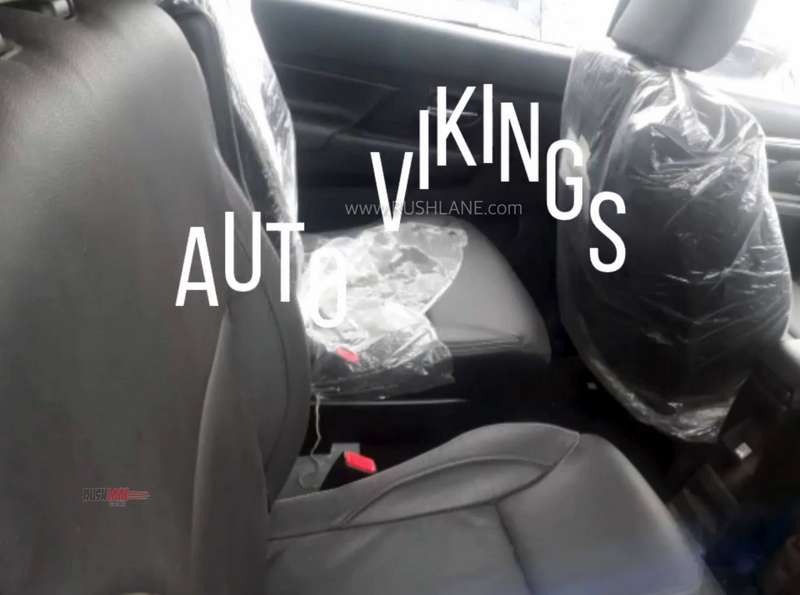 As per reports, the XL6 will get Maruti’s 1.5 litre petrol motor which is currently found on the Ertiga and Ciaz. It is likely that the engine will be BS-VI compliant upon launch, however there is no confirmation as of yet. Diesel option will mostly be skipped from the line-up. Upon launch, XL6 is expected to be sold only with a standard 5-speed MT however a 4-speed AT is expected to be introduced later.

The new Ertiga won’t have a direct competitor as such, but it will be fighting for sales with the Mahindra Marazzo, and entry-level trims of the Innova, Hexa, Creta, Hector and other crossover-SUVs in the segment. Pricing is expected to start from about Rs 12 lakhs.