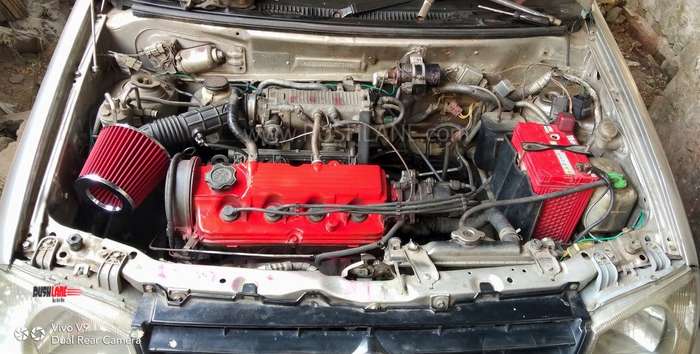 Kolkata-based SA Designs is emerging to be a small car specialist in the tuning scene. We recently talked about an Alto 800 modified by the outfit to reach a top-speed of 200 kmph, and now we have come across another tiny Maruti hatchback which is capable of breaching 200 kmph mark.

The Maruti Zen is arguably India’s first hot hatchback and has been quite popular with tuners and modifiers, thanks to its delightful chassis. The ride and handling character of the Zen is so good that enthusiasts are often left wanting more power. So, it is not uncommon for modifiers to slip in a larger engine. This particular example has received one such engine transplant in the form of the Baleno’s 1.6-liter unit.

The Zen’s stock petrol engine was a 993 cc four-cylinder mill which dished out a modest 60 hp and 78 Nm of torque. The 1.6-liter motor from Baleno develops 94 hp and 130 Nm of torque. Both the motors are paired with a 5-speed manual transmission. 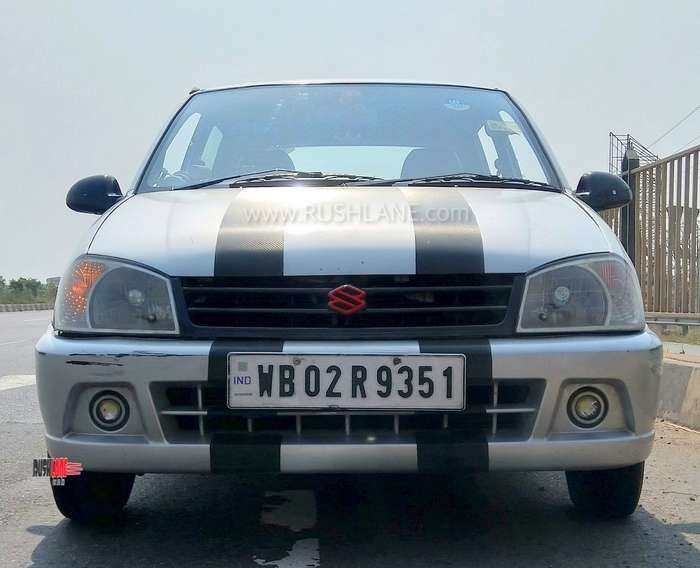 The larger and more powerful engine is further augmented by a standalone ECU, custom air intake and free flow exhaust, and polished cylinder as well as intake port. The power output figures of the modified engine which runs on 95 octane petrol have not been revealed but the hatchback is claimed to accelerate from rest to ton in 9 seconds before hitting a top-speed of 200 kmph.

The modified Maruti Zen sits on 175/65 R14 tyres from Yokohama. While the brakes continue to adopt stock sizes, the front benefits from Brembo rotors and pads for improved braking performance. With a significant bump in engine capability, it is important to have corresponding increase in braking power as well.

Visually, the 200 kmph Zen has a rather modest appearance. Save for the roof-mounted spoiler, blacked out taillights, twin racing stripes, red finished Suzuki badges, the car looks stock. The provocative sticker on the rear windshield serves as a vague hint of things under the hood. Overall, this modified Maruti Zen is an absolute sleeper. 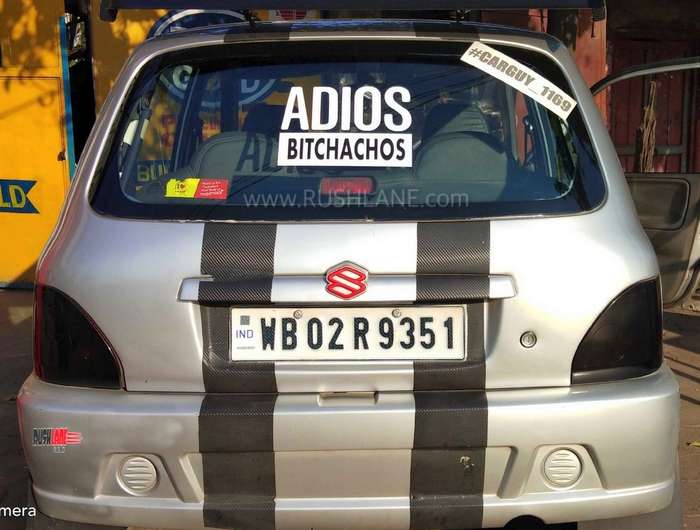 According to the modifier, this hot hatchback project costs Rs 2.3 lakhs. So, it is definitely not for the faint hearted.