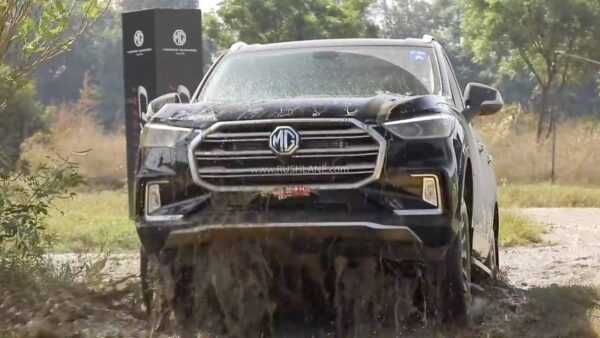 It is said in the automobile world, that a real SUV can take you anywhere. Well, the recently launched MG Gloster is trying to prove just that. MG Motor recently introduced its full-size premium SUV in India at a competitive starting price of Rs 28.98 lakh (ex-showroom).

Needless to say, it is huge in size, in fact, it is longer, taller and wider than all its competitors. It comes powered with a 2.0-litre diesel engine that comes in two states of tunes. The single turbocharged form churns out 161 bhp and 375 Nm of torque whereas the twin-turbo version kicks out 218 bhp and 480 Nm of torque.

Now, we all know this powertrain mated to an 8-speed automatic gearbox provides for a smooth ride on tarmac but what about its off-road capability! MG Motor India has now released a video on its official YouTube channel showcasing its off-road prowess. Seeing the video will leave many off-road enthusiasts very impressed.

The way this big SUV overcomes the giant ruts and wades through deep water is quite appreciable and might tickle the bones of all those off-roaders itching to get a hand on this machine. Let us get into the mechanicals that make this SUV such a powerhouse in the beaten tracks.

What makes Gloster a capable off-roader?

The Gloster is equipped with a Borg Warner sourced transfer case and an electronic rear differential locker. However, it does not come equipped with a conventional low-range gearbox. It has a total of seven riding modes which include off-road modes such as Snow, Mud, Sand and Rock; and road-biased modes such as Normal, Eco and Sport. If this is all confusing one can simply tune it to Auto mode and let the vehicle decide which mode to choose depending on the surface. 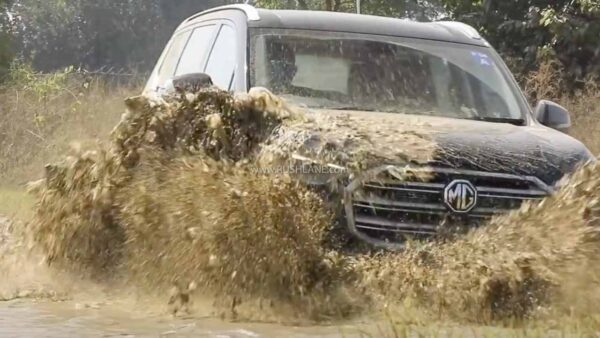 This is thanks to a state-of-the-art electronic shift-on-the-fly technology which is part of an Intelligent All Terrain setup. As most true blue off-road capable SUVs, the Gloster too sits on a ladder-frame chassis. Suspension duties at rear are taken care of by a five-link integral setup which offers a good amount of wheel articulation.

Out of all the off-road modes, the Rock mode is the most capable as it engages 4WD low ratio and the electronic rear differential lock. As seen in the video, it seamlessly overcomes the deep ruts despite one side of the vehicle always hanging in the air. For that, the traction control system automatically applies the brake to the wheel in air so that the entire torque is transferred to the wheel having traction. 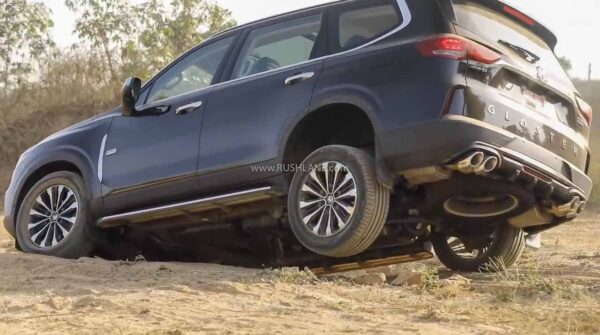 Also, the ground clearance of 210mm comes in hand though its figures of ramp over angle, approach angle and departure angle haven’t yet been revealed. Its water wading capacity is rated at 550mm which is enough to make it cross flooded Himalayan streams (though not advisable).