MG Motors India is gearing up for the usual spike in demand during the festive season with its newly launched Hector Plus and soon-to-be-launched Gloster SUVs. The full sized Gloster made its debut at the Auto Expo 2020 and is expected to be introduced in India sometime before Diwali.

The MG Gloster which was showcased at the Auto Expo featured twin quadrilateral exhaust pipes but the prototypes which have been out testing so far employed quad circular pipes. We have now come across a new prototype sporting twin circular exhaust pipe configuration. The latest spy images are credit to auto enthusiasts Vansh and Chirag.

The different exhaust pipe configurations could either indicate presence of more than one powertrain or it could simply mean MG is testing different solutions to meet the latest emission regulations. It is also the first time that the MG Gloster has been spotted in Bangalore, wearing a KA license number. Usually it is spotted with a GJ number, as the plant is in Halol, Gujarat.

Petrol and diesel motors on offer? 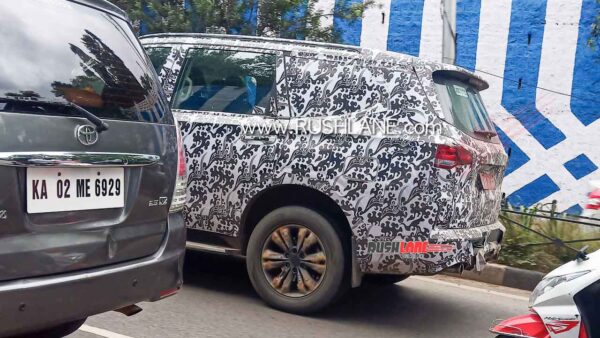 The MG Gloster is essentially a rebadged version of China-spec Maxus D90 which is available with a turbocharged 2.0-liter petrol engine. The motor is mated either to a 6-AT or 6-MT to produce 224 hp and 360 Nm of torque. While this engine is most likely to be carried forward, it is also being reported that the India-spec SUV will feature a diesel engine option.

This is expected to be in the form of a twin-turbocharged 2.0-liter diesel engine developing 218 hp and 480 Nm of torque. The motor which is reported to be based on FCA’s popular MultiJet II unit is expected to be available with a 6-MT or 8-AT. The Maxus D90 with this diesel engine was first showcased at last year’s Guangzhou motor show.

While petrol variants are getting more and more popular in India in this BS6 era, not having a diesel option would put the Gloster at a disadvantage, especially considering its primary rivals Toyota Fortuner, Ford Endeavour and Mahindra Alturas G4 all are diesel powered. 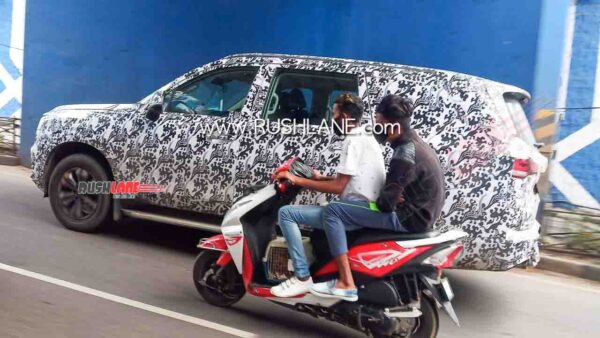 The MG Gloster will be the biggest SUV in its segment with length, width and height of 5,005 mm, 1,932 mm and 1,875 mm respectively. The SUV will be very well equipped to make a strong case for itself against the well established rivals. Highlights will include LED headlamps, a comprehensive touchscreen infotainment system with over 50 connectivity features, three-zone climate control, multiple airbag, powered front seats and so on.

MG India is expected to localized the Gloster heavily in order to arrive at a competitive price point. Can the Gloster conquer the ladder-frame SUV territory in the country from Toyota Fortuner?