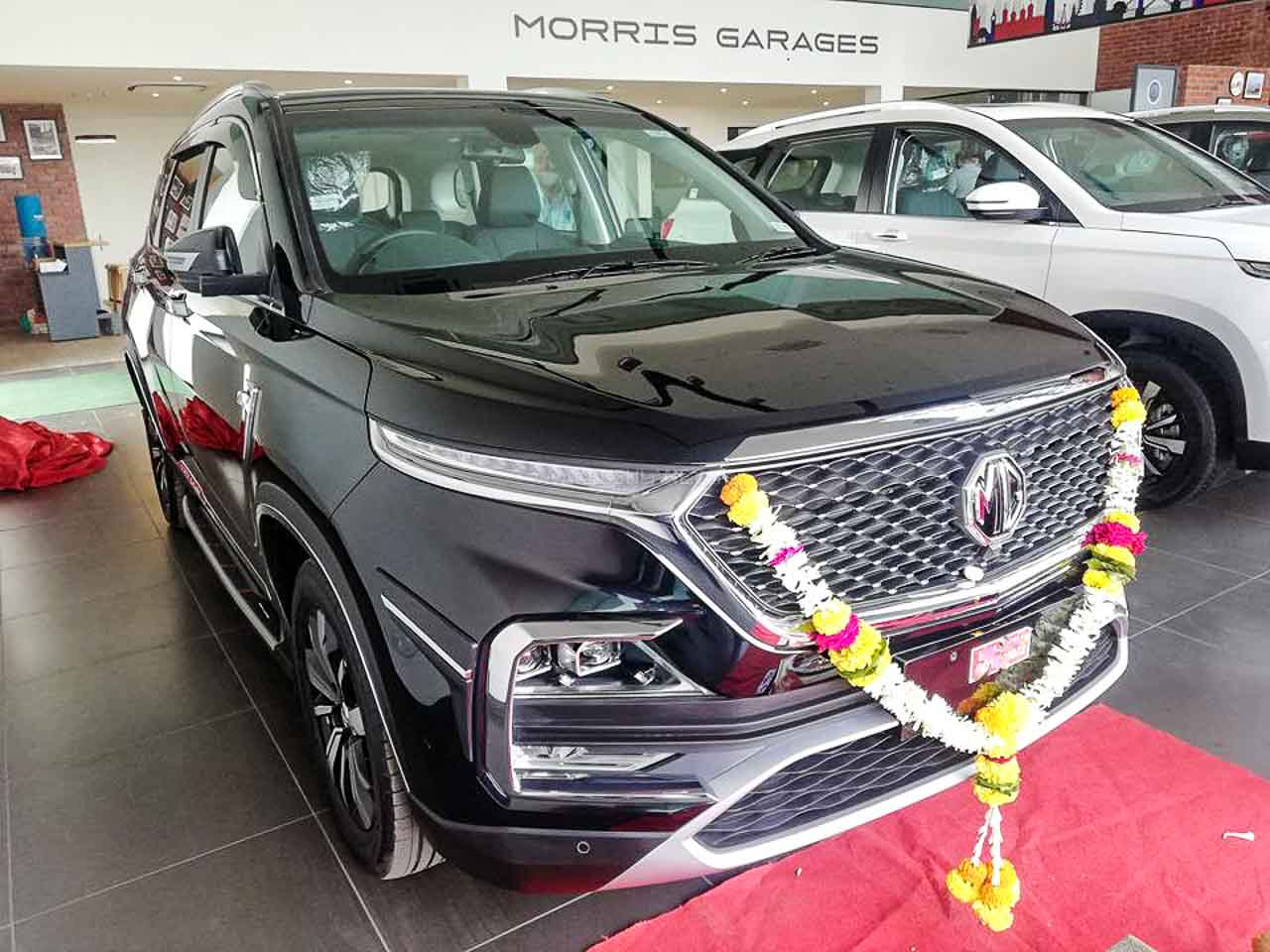 Launched towards the end of June 2019, MG Hector sales in India has surpassed 25,000 mark

MG Motor India has completed a full year of sales. 13 months of sales to be precise. And maintained a healthy average of juts over 2k unit sales on monthly basis. The timeline has helped MG not only establish the prowess of Hector but lead the segment convincingly. As it stands in July 2020, MG Hector sales surpassed 25k units, and is now reported at 26,242 units.

When MG Hector was first launched, it was BS4 compliant, as was market appropriate at the time. The deadline for vehicles sold in India to be BS6 compliant was set for April 1, 2020. BS6 MG Hector petrol was launched to coincide with Auto Expo 2020, with diesel BS6 launch scheduled for soon after.

However, nationwide business activity came to a halt in March end owing to Covid-19 pandemic. This continued through April 2020, and business activity started limping towards normalcy through May 2020. Even when restarting business, MG Hector sales was reported miles ahead of other segment offerings.

BS6 MG Hector diesel was introduced during lockdown in April 2020. 0 sales were reported in April by all. In May 2020, Hector sales was reported at 672 units, with Harrier trailing at 161 units, Jeep Compass at 93 units, and Mahindra XUV500 at 36 units. By now, all companies were beginning to emphasise on online bookings as regular channels remained closed.

By June MG Motor India was yet again leading convincingly. The quarterly of course ended poorly for all. July 2020 sales is looking upbeat yet again for MG Hector at 2,023 unit sales. Tata Hector sells are less than double at 985 units, followed closely by XUV500 at 813 units, and Jeep Compass sales reported at 400 units.

Before MG Hector came to do business, Tata Harrier was launched a good 6 months prior, beginning sales in January 2019. During the time, Tata Harrier elevated its position to 2nd of three competitors. XUV500 led with 10,213 units through H1 2019, Tata Hector at 9,433 units, and Jeep Compass at 6,984 units.

Then came the MG Hector and it tugged hard at the fragile threads of segment leadership. The old order was disrupted. It created a new order where even with a 6 month head start, the others don’t match up to a 25k total of Hector. It’s safe to say, in 19 months of business, 20,063 XUV500 units, 19,067 Harrier units, and 13,204 Compass units were sold.

Of course with a full year of sales to go on, scrutiny increases because there’s now the transparency of YoY sales comparisons. For the first month, MG Motor India has steered the boat to high ground at 39 percent sales growth. Sales grew 29.59 percent from 1,508 units sold in July 2019 at volume gain of 597 units.

MG has posted MoM growth from June when 1,867 units were sold. With better opportunities of conducting business in July 2020 through limited lockdown limitations, MG Hector Plus was launched. The new Hector Plus variant, a 6-seater, features middle row captain seats. Following the same approach, the seater Tata Gravitas will be launched to help Tata Harrier increase it’s variant range, and thereby contribute to sales.