Placing its bets on the huge Indian car market, MG Motor India has tasted early success and gained widespread popularity across the country. Barring recent months of lockdown and subsequent production cuts, the company has had a wonderful year with thousands of bookings and robust sales. As may be recalled, MG Motor had launched its first product Hector in the Indian market in June last year.

On its first birthday, the company has released a new video that essentially thanks its customers and celebrates their immense love for Hector SUV. In just eight months of its launch, MG Hector bookings had crossed 50k units. During the same period, the company had sold almost 20k units of Hector.

Sales would have been higher, but it wasn’t possible due to production capacity limitations at its Halol plant in Gujarat. But in spite of this, MG Hector sales since launch, have been far more than any of its rivals – Tata Harrier, Jeep Compass and Mahindra XUV500. From the period from July 2019 to May 2020, sales of Hector stood at 22,525 units, while that of XUV500 was 8,806, Harrier at 7,947, Compass at 5,574 units. Sales of Hector (22,525 units) are higher than the sales of all three rivals combined (22,327 units). 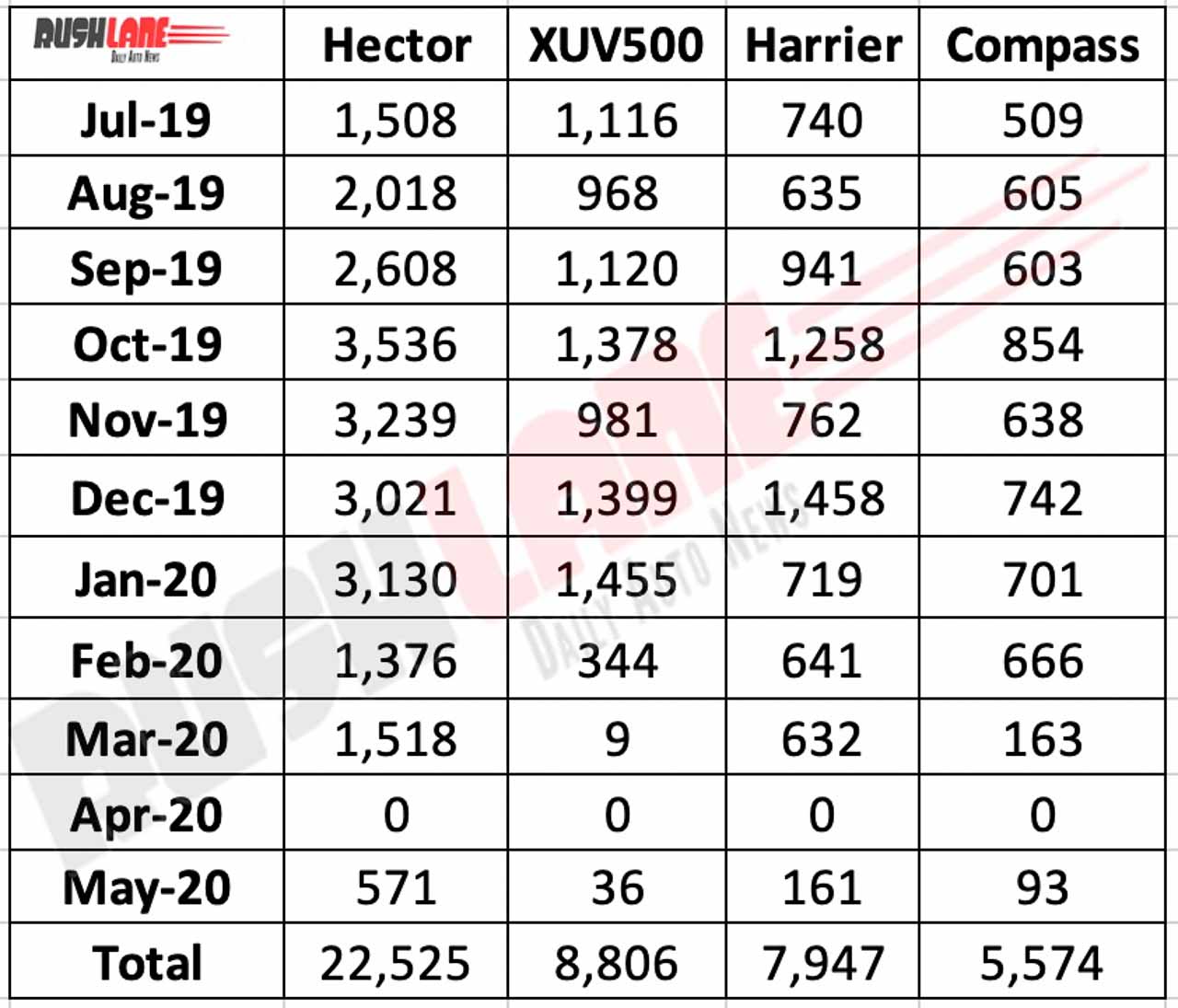 MG Motor India is currently in the process of increasing production capacity at their plant in Halol, as the demand for Hector continues to rise. Further more, the company is all set to launch Hector Plus next month, and the Gloster SUV in the coming months. Increase in production at company plant will also allow the company to invest more, hire more people.

Coming back to Hector, petrol variant was upgraded to BS6 in January 2020. However, power and torque output of 143 PS and 250 Nm was the same as that of BS4 engine. Transmission options of 6-speed manual and DCT automatic are also the same as earlier. Prices of BS6 variants of Hector petrol were increased by 26k across the range. Hector is also offered in a petrol-hybrid variant, which has the same power and torque figures as that of the petrol variant. Hector petrol hybrid is available only with 6-speed manual transmission. 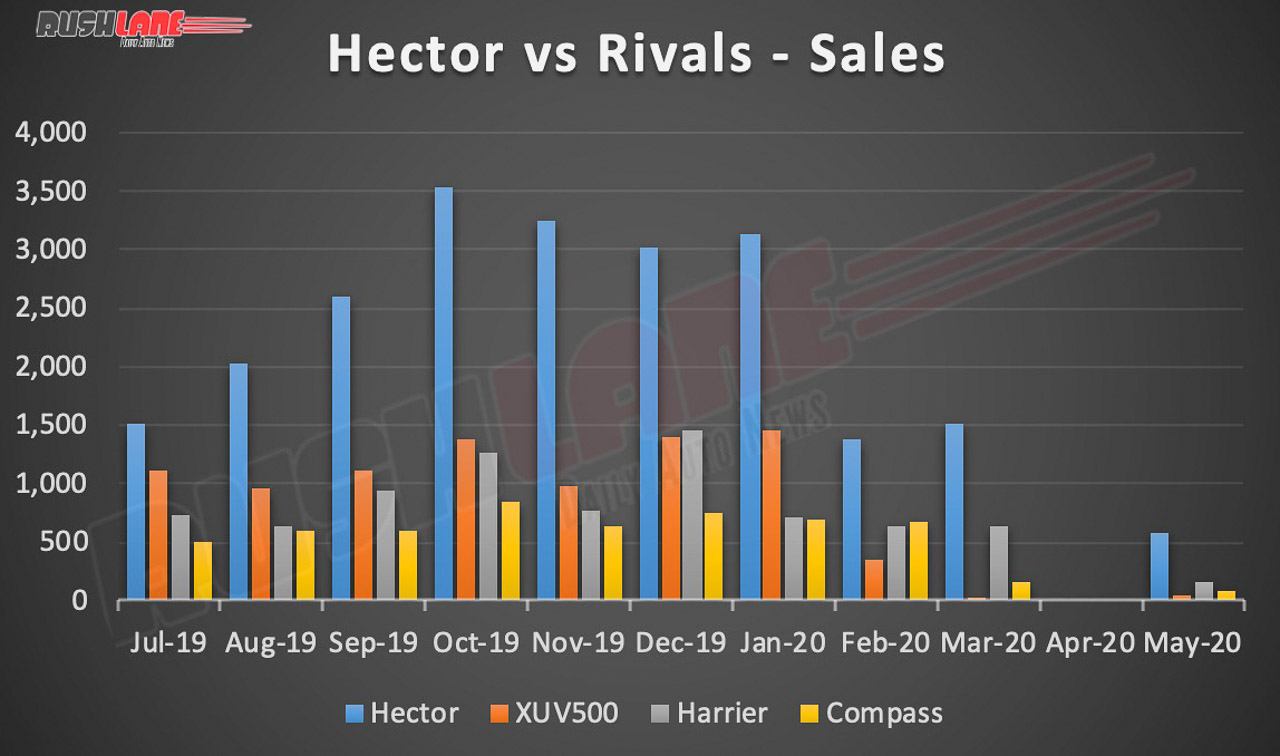 The diesel model was upgraded to BS6 in April 2020 and price was in the range of Rs 13.88 lakh to Rs 17.73 lakh across the country except Kerala. As compared to BS4 diesel variants, prices of Hector diesel BS6 variants were increased by 40-45k. Power and torque output is the same as earlier – 170 PS / 350 Nm. Engine is mated to a 6-speed manual transmission. Automatic option is currently not available for Hector diesel BS6.

Aiming to build on the popularity of Hector, MG Motor will soon be launching Hector Plus in the Indian market. A three-row SUV, Hector Plus launch was delayed due to coronavirus pandemic. As of now, the company has started production of Hector Plus and listed it on its website. It will be available in Super, Smart and Sharp trims and engine options will be the same as that of Hector 5-seater SUV.

After Hector Plus, MG will be launching Gloster, which will be its flagship product in the Indian market. It is likely to be launched during the festive season. MG Gloster will be powered by a 2 litre turbocharged diesel unit that makes 220 ps / 480 Nm. The SUV could get a 4WD system with transmission options of 6-speed manual and 8-speed AT.