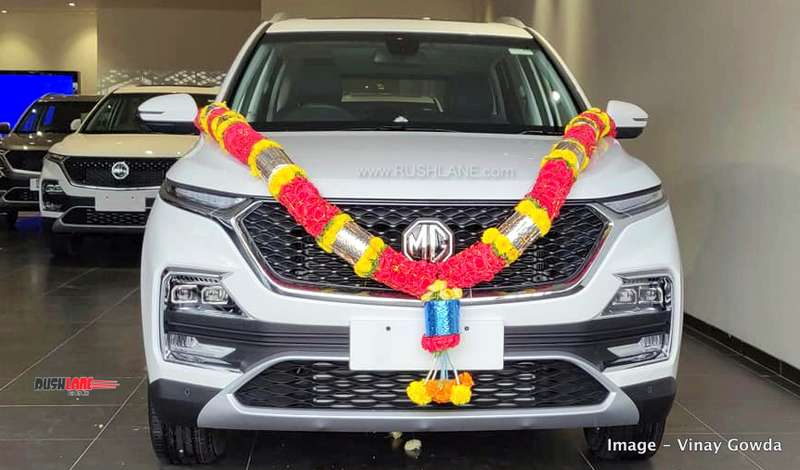 MG Motors has released a 4 minute video drawing attention to its initiative to educate one girl child, for every 2 weeks their customers wait for delivery of Hector. For this, the company has entered into a partnership with IIMPACT, an NGO, that provides educational opportunity to girls, from socially and economically backward communities of India.

The video shows off young girls named Kavya, Anjali, Jhilmil, Zainab and Ganga who wish for quality education and draws attention to their superstitions and beliefs in making this dream come true.

MG Motors has seen production of over 10,000 units of the Hector from its plant in Halol, Gujarat while bookings now stand at over 38,000. This feat has been achieved in 4 months of launch during which, the company had also stopped further bookings so as to clear backlog.

It was in view of this long waiting period that the company announced this ‘Worth Waiting For” campaign. An MoU was signed with IIMPACT NGO for adopting 30 learning centers in remote villages in India to offer free education specifically to the girl child.

MG Motors has also extended this program even further with other NGOs to reach a wider segment in their endeavor for girl child education. This initiative offers customers who are waiting for the delivery of their Hector to know that they car transforming the life of one little girl in a remote village of India who fervently wishes for a chance for education.

Apart from educating the girl child, MG Motors is also working with organizations such as The Better India and TRAX to offer some skill training to women from rural areas in their plant under NEEM.

The MG Hector has seen outstanding success ever since it was launched. The company, which had suspended further bookings of the SUV has now reopened order books from 29th September. The price of the Hector was increased by Rs.30,000-40,000 depending on variant and prices now stand between Rs 12.48 lakhs for the base trim and going up to Rs 17.28 lakhs for the top end variant.

Production will be ramped up even further from November, while 500 new employees will be taken on for the second shift so as to ensure shorter waiting period and speedier deliveries. Those customers who have to wait to get delivery, MG is offering them points, which can be exchanged for official accessories at the time of delivery from dealership.